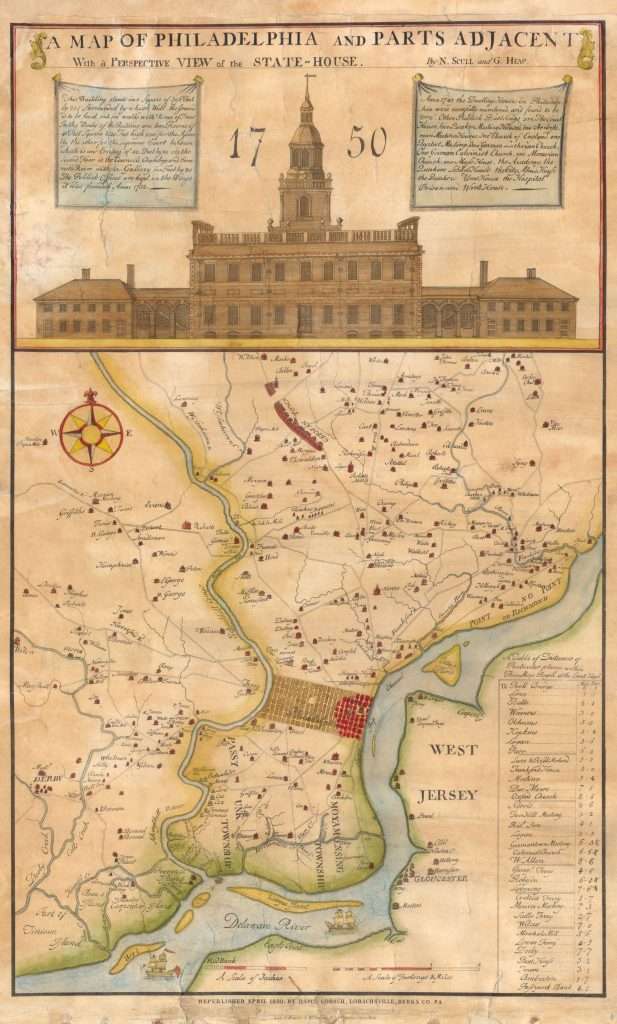 A Map of Philadelphia and Parts Adjacent

This map of Philadelphia and environs, originally drawn in 1752, details the area's existing roads, waterways, and prominent landowners. At the top of the illustration is the first known rendering of the Philadelphia State House—a building not yet complete, so the drawing must have been based on blueprints then available. Nicolas Scull II, the Surveyor General of the Province of Pennsylvania, and George Heap, a surveyor and a coroner in Philadephia, created the original map. The text at upper right notes that the city had 2,076 "carefully numbered" dwellings in 1749, and that public buildings included a number of churches and meeting houses, as well as a school and an alms house (a home for the poor) run by the Quakers.