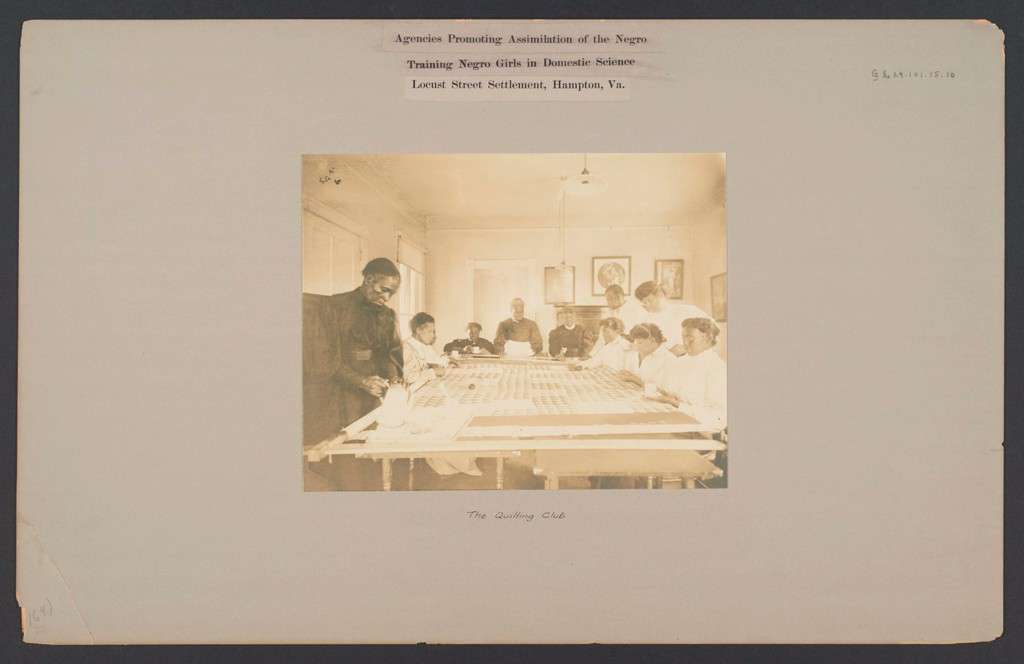 A group of women work on a large quilt spread out across a long table while several of the quilters take a break with a cup of tea. This circa 1903 photograph was made at a meeting of the Quilting Club at the Locust Street Social Settlement in Hampton. Founded and overseen by Janie Porter Bennett, the Locust Street organization offered social clubs and classes devoted to the domestic arts, agriculture, and education; recreational opportunities; and childcare support for the local Black community.

Northern philanthropists helped finance this settlement house in Virginia, as well as similar endeavors in other parts of the south. This photograph is mounted in an album that is part of the holdings at the Fogg Museum at Harvard University. The printed headline at the top of the page reveals the philanthropists' stated intention to teach the mores of white society to members of the Black race (here referred to as "Negroes," as they were commonly called at the turn of the twentieth century and beyond). The caption reads: