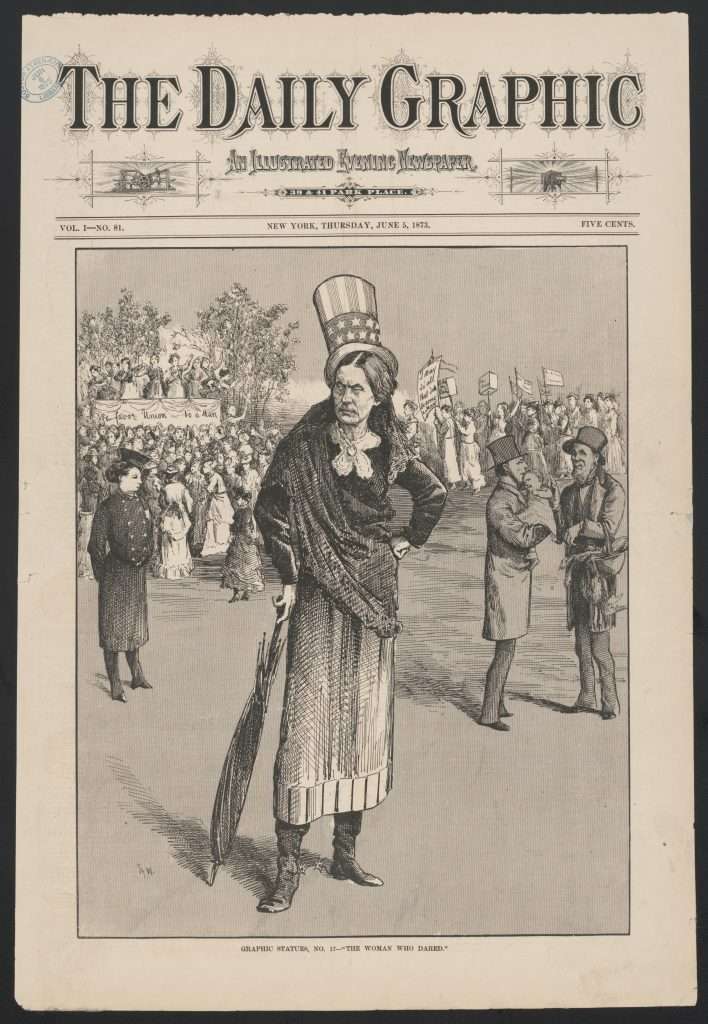 “The Woman Who Dared”

A satirical cartoon of woman suffrage leader Susan B. Anthony appears on the front page of the June 5, 1873, edition of New York's The Daily Graphic: An Illustrated Evening Newspaper. Expressing the fear of gender roles being reversed if women won the right to vote, the artist portrays Anthony as a masculine-looking figure in cowboy boots and spurs. Behind her, on one side, is a woman policeman; on the other side are two men, one cradling a baby and the other holding a basket of food. In the far background are women with two different points of view. At left is a traditionally dressed group assembled around a banner that reads, "We favor Union—To a Man"; and at right is a line of women protesters marching behind the banner "I may do all that doth become a man."

This illustration was keyed to an article about Anthony's upcoming trial for daring to vote in the 1872 presidential election. After a two-day trial she was convicted and sentenced to pay a $100 fine plus court fees. She later described the proceeding as “the greatest judicial outrage history has ever recorded.”