Thomas Oldham Sandy was born in Essex County, Virginia, on February 22, 1857. He matriculated at Virginia Polytechnic Institute in 1875, but did not complete a degree and left the next year. In 1879 he bought a cattle and horse farm in Westmoreland County. On June 25, 1891, Sandy married Sallie Thweatt Miller and the couple settled at her ancestral home in Nottoway County. Their farm, called Locust Grove, was located only a few miles from the small town of Burkeville. Sandy first attempted to produce dark-fired tobacco, but could not make a profit and switched to other crops. At Locust Grove, he employed scientific farming methods long before other famers adopted such progressive approaches. He was one of the first farmers in eastern Virginia to grow alfalfa and mixed grasses; diversify crops; enrich the depleted clay-based soil with lime, manure, and other natural fertilizers; build silos; and invest heavily in a dairy herd. Within less than two decades, Sandy’s experimentation had turned Locust Grove into a showplace farm and his successful example of scientific farming made him a recognized leader in agricultural circles.

At the turn of the twentieth century, the General Education Board (financially supported by John D. Rockefeller) led the nationwide agricultural extension and demonstration movement. In Virginia, the board designated Hollis B. Frissell, head of the Hampton Institute, to organize demonstration work for black farmers, and Joseph D. Eggleston Jr., the state superintendent of public instruction, to bring the demonstration program to white famers. The genesis of this statewide effort came at a Richmond meeting in 1906, with a number of influential politicians, university presidents, businessmen, and agricultural experts—including Sandy—in attendance. At this meeting Sandy accepted the offer to be the state’s first extension agent for white farmers. 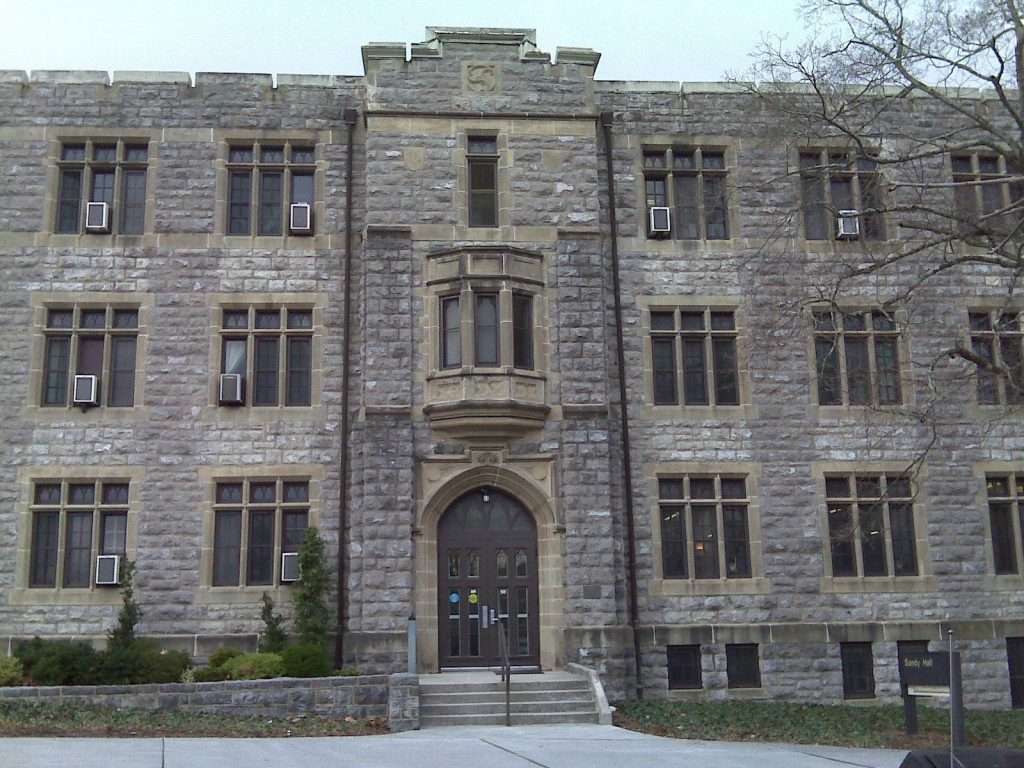 Early in 1907, Sandy opened an extension office in Burkeville to serve farmers in adjoining counties. In February, the General Education Board awarded Virginia $4,500 for demonstration work and appointed Sandy as state agent for Virginia. Sandy hired agents to begin the outreach efforts and by May 1907, he reported that twenty farmers had agreed to participate in extension programs. Participating farmers signed a contract with Sandy agreeing to farm a small plot, typically of less than five acres. While the farmers did most of the work, agents developed a husbandry plan for the grower to follow and kept track of costs and returns. Future farmers were an important part of extension work. Within a few years, Sandy and his agents had organized boys’ corn clubs across Virginia. In 1910, Sandy hired Ella Graham Agnew, the nation’s first home demonstration agent and first female field worker for the Department of Agriculture, to develop girls’ gardening, canning, and poultry clubs.

The Smith-Lever Act of 1914 assigned oversight of nationwide extension and demonstration programs to the Department of Agriculture. At that time, Virginia Tech became the designated institution to coordinate the statewide program and renamed it the Virginia Cooperative Extension Service. In 1916, Sandy relocated to Blacksburg to manage statewide agricultural extension activities. The next year he resigned as state agent due to ill health. He died two years later, on June 7, 1919, at Locust Grove. Virginia Tech recognized his service to scientific agriculture and demonstration farming by naming the campus extension building Sandy Hall.