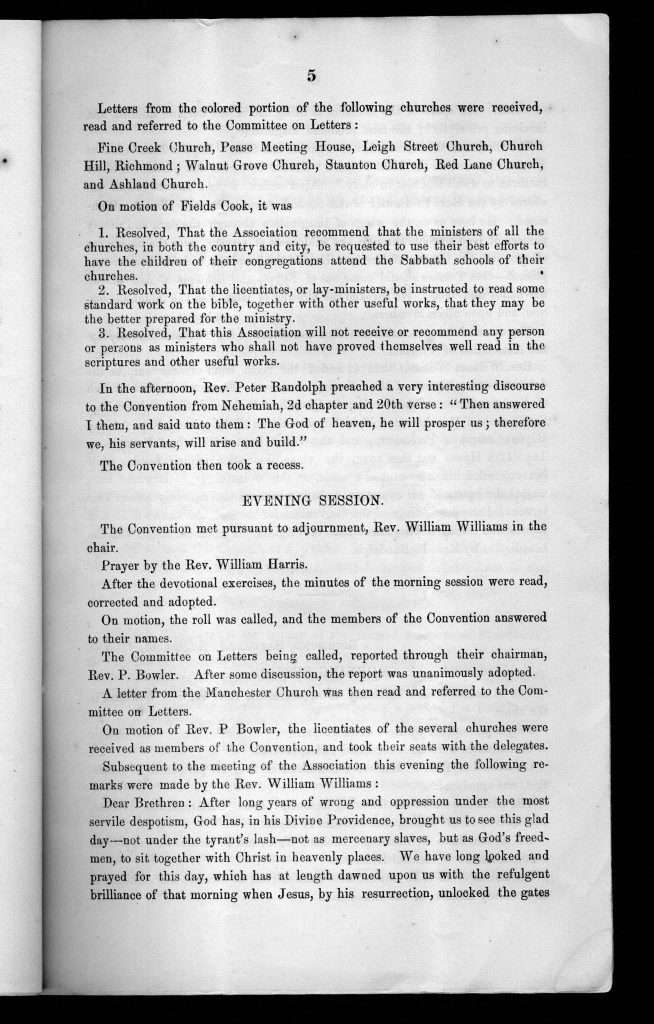 The Convention met pursuant to adjournment, Rev. William Williams in the chair.

Prayer by the Rev. William Harris.

After the devotional exercises, the minutes of the morning session were read, corrected, and adapted.

On motion, the roll was called, and the members of the Convention answered to their names.

The Committee on Letters being called, reported through their chairman, Rev. P. Bowler. After some discussion, the report was unanimously adopted.

A letter from the Manchester Church was then read and referred to the Committee on Letters.

On motion of Rev. P. Bowler, the licentiates of the several churches were received as members of the Convention, and took their seats with the delegates.

Subsequent to the meeting of the Association this evening the following remarks were made by the Rev. William Williams:

Dear Brethren: After long years of wrong and oppression under the most servile despotism, God has, in his Divine Providence, brought us to see this glad day—not under the tyrant’s lash—not as mercenary slaves, but as God’s freedmen, to sit together with Christ in heavenly places. We have long looked and prayed for this day, which has at length dawned upon us with the refulgent brilliance of that morning when Jesus, by his resurrection, unlocked the gates 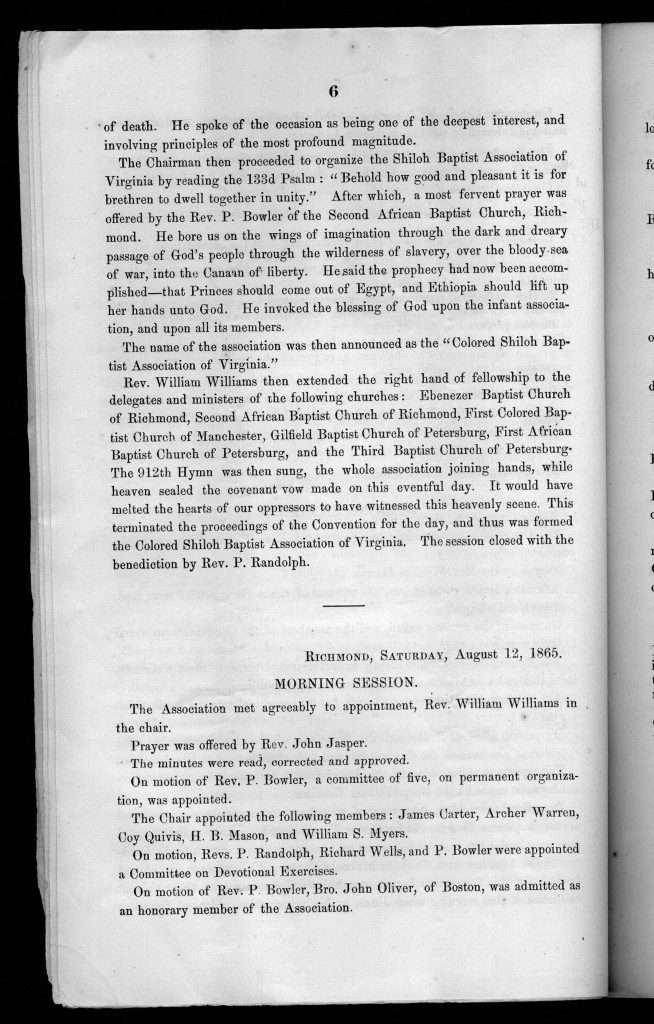 Proceedings of the Convention of the Colored People of VA., Held in the City of Alexandria (1865) “The Sun Do Move” by John Jasper (1878)