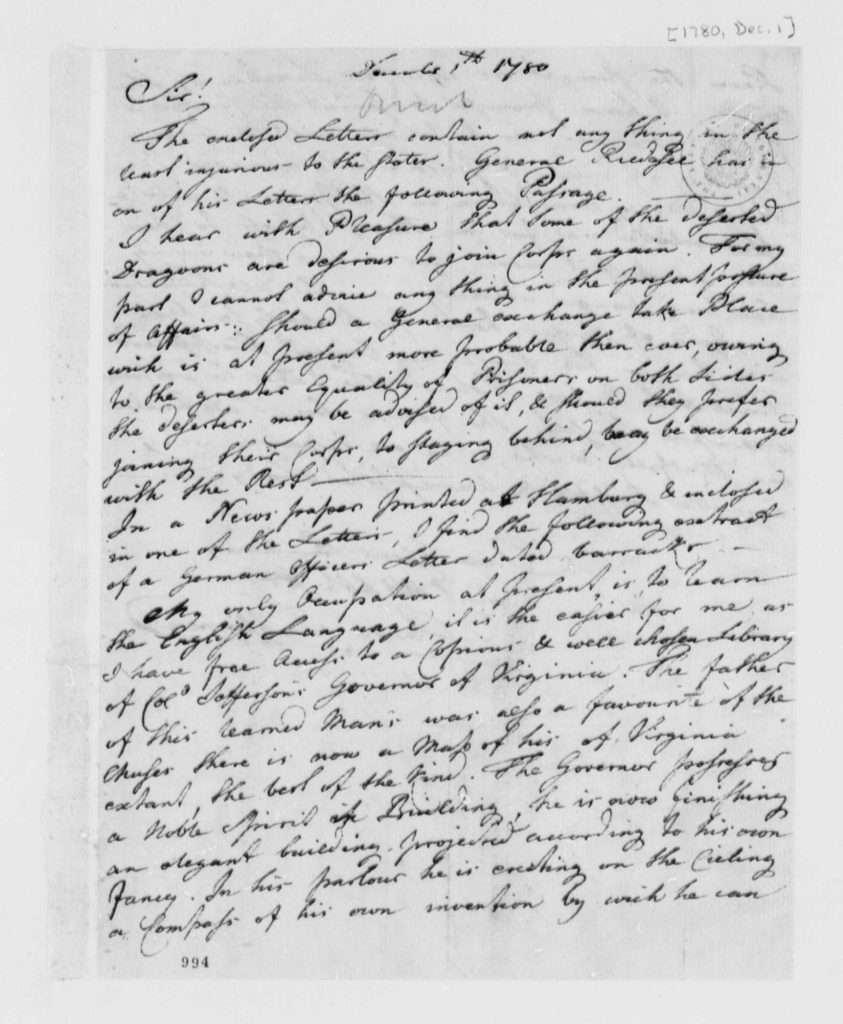 The enclosed Letters contain not any thing in the least injurious to the states. General Riedasel has in on [one] of his Letters the following Passage—

I hear with Pleasure that Some of the deserted Dragoons are desirous to join Corps again. For my part I cannot advice any thing in the present posture of Affairs. Should a General exchange take Place wich is at present more probable then ever, owing to the greater Equality of Prisoners on both Sides, the deserters may be advised of it, and should they prefer joining their Corps, to staying behind, may be exchanged with the Rest. In a News paper printed at Hamburg and enclosed in one of the Letters, I find the following extract of a German Officers Letter dated barracks—

My only Occupation at present, is, to learn the English Language, it is the easier for me as I have free Access to a Copious and well chosen Library of Colo. Jefferson’s Governor of Virginia. The father of this learned Man’s was also a favourite of the Muses. There is now a Map of his of Virginia extant, the best of the Kind. The Governor possesses a Noble Spirit of Building, he is now finishing an elegant building projected according to his own fancy. In his parlour he is creating on the Cieling a Compass of his own invention by wich he can 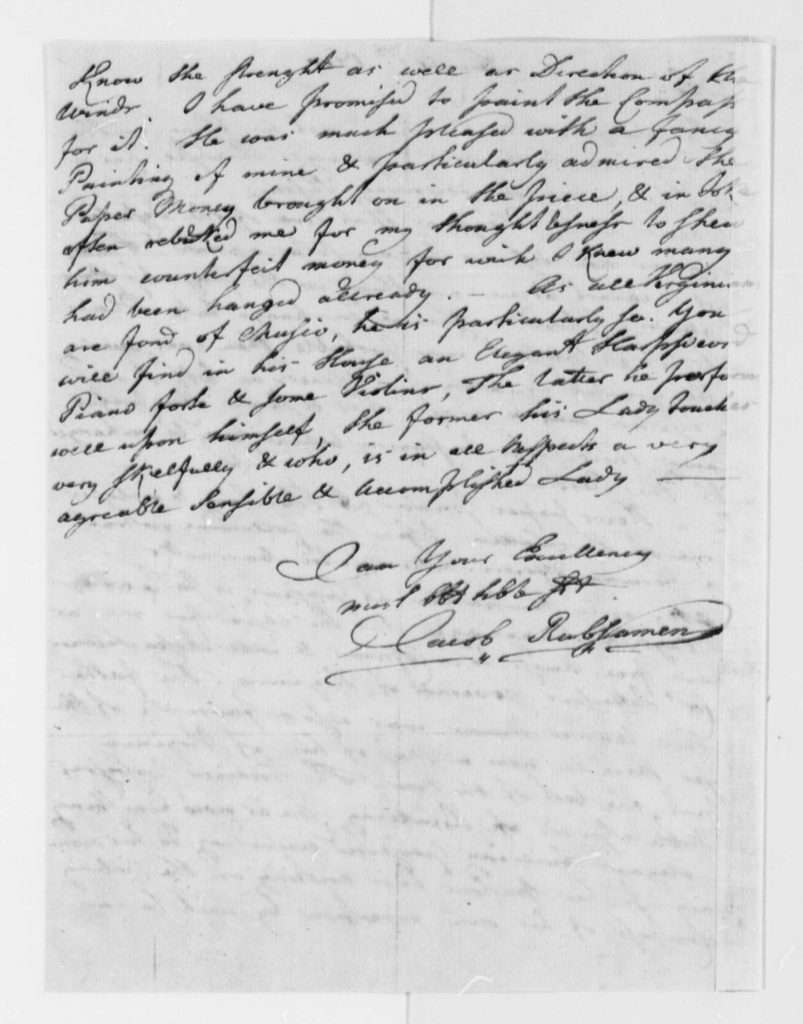 Know the strenght as well as Direction of the Winds. I have promised to paint the Compass for it. He was much pleased with a fancy Painting of mine and particularly admired the Paper Money brought on in the piece, and in Joke often rebuked me for my thoughtlessness to shew him counterfeit money for wich I Knew many had been hanged allready. As all Virginians are fond of Music, he is particularly so. You will find in his House an Elegant Harpsicord Piano forte and some Violins. The latter he performs well upon himself, the former his Lady touches very skilfully and who, is in all Respects a very agreable Sensible and Accomplished Lady.

I am Your Excellency most Obt hble svt,
Jacob Rubsamen