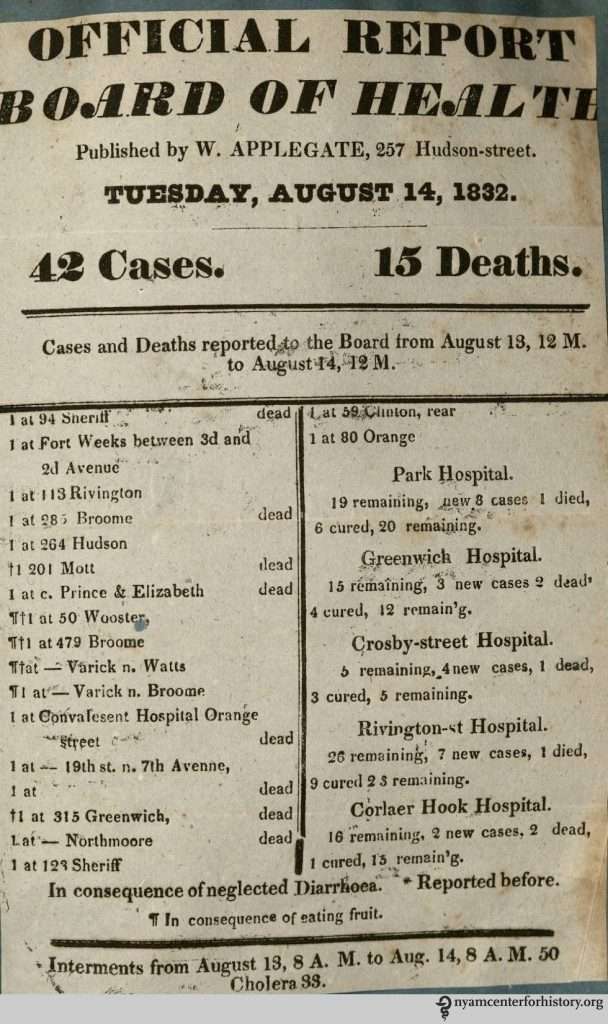 At the time he wrote The Kentuckian, Caruthers, a Lexington native, was married to a wealthy heiress from Georgia. Together they lived in New York City, where he established a medical practice and assisted in treating victims of the 1832 cholera epidemic. Caruthers’s experiences with both northern and southern culture informed the themes of this epistolary novel about the travels of three young southern gentlemen through the North and Deep South. The novel ends with marriages joining eight characters who represent the North and South (in two marriages), the middle states and the South, and the West and the middle states. These unions, permanent and voluntary, were intended to suggest an answer to the question of whether the union of states was natural and inseverable or constructed voluntarily through the U.S. Constitution and potentially severable.

The Kentuckian uses the epistolary form so that characters can reflect upon their surroundings as they travel in unfamiliar territory, but it is also a novel of manners that reports the differences (and similarities) between northerners and southerners. It also features a gothic love story in which relationships between the principal male and female characters, like those among the states, are portrayed as being constructed and maintained based on mysterious attractions, dependency, unflagging persistence in the face of danger, and uncertainty. The characters’ acceptance of these voluntary but predestined relationships leads them to marriage and, presumably, happiness. Because the characters represent different sections, the novel celebrates the union of the states without calling for any sacrifice of state or sectional identity.

The novel begins with two trips. One, to New York, is undertaken by Victor Chevillere, an earnest South Carolinian, and his college friend Augustus Lamar. They are traveling with Montgomery Damon, the titular Kentuckian, a Daniel Boone–like figure who while playing only a minimal part in the plot, provides occasional comic relief. And like similar western characters who began appearing in American novels in 1802, he is intended to serve as a striking contrast with the more aristocratic characters. The second trip involves Beverley Randolph, a Virginian and Chevillere’s college roommate. He is on the road to South Carolina and, like all these men, is intent on familiarizing himself with the other parts of the country and, in so doing, shed his sectional prejudice. The journeys are also presented as a form of leadership training. 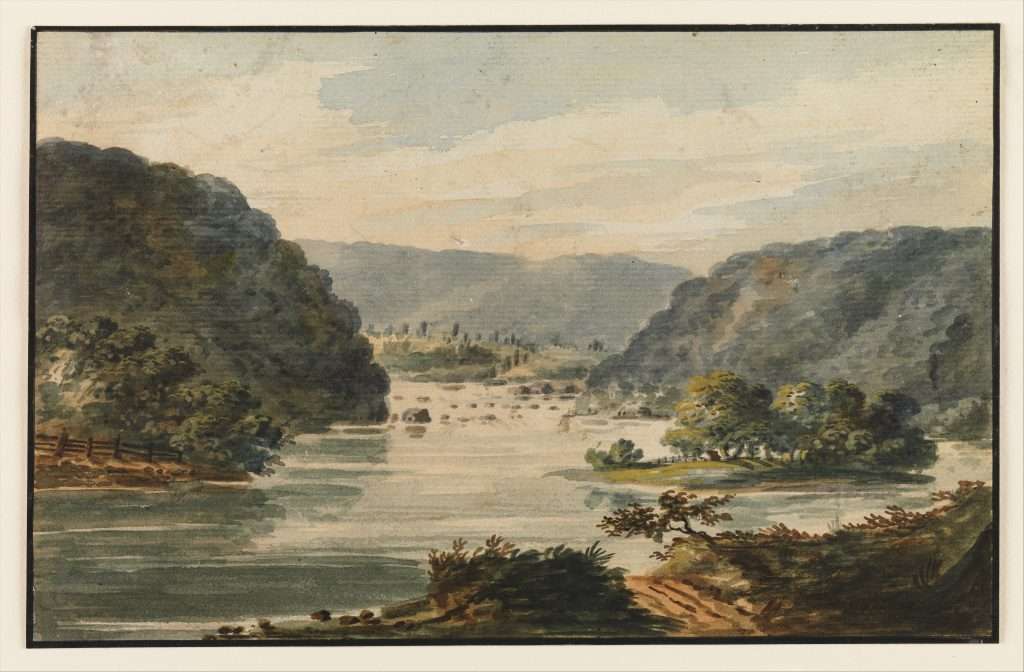 A View of the Potomac at Harpers Ferry

Before the first group can leave Harpers Ferry, however, Victor meets Frances St. Clair, a young widow fleeing from the father of her late husband. Victor tries to befriend her, but she evades his attention. Sometimes he changes the subject of conversation, sometimes she faints. On occasion, she just leaves town. Still, Victor refuses to give up his courtship of Frances, although by the time he arrives in New York he is no longer in regular contact with her. In the meantime, an epidemic sends many people scurrying from the city, but Victor remains to study its treatment. Frances finally writes him a long letter in which she explains that her marriage was arranged to resolve a longstanding difference between two families and to consolidate their estates. It was, in other words, a constructed marriage with little attraction between the parties. The death of her husband was the result of carelessly stored chemicals and she believes her father-in-law in intent of revenge. She asks that she and Victor end their relationship, but Victor refuses. In the end, Frances agrees to marry him, influenced in part by the news that her close friend Isabel Hazlehurst has agreed to marry Augustus Lamar.

At the same time, Beverley Randolph has been in South Carolina, courting Virginia Bell Chevillere, Victor’s cousin and the ward of Victor’s mother. Beverley has found Virginia Bell attractive, but she is standoffish at first because she is inexperienced. Nevertheless, she nurses Beverley through a dangerous illness, and seeing him thus vulnerable—and having a specific role to play in his treatment and recovery—she becomes more receptive to his courtship. Any doubts on her part dissipate when Beverley shows that he is evenhanded, just, and courageous in dealing with the threat of a slave uprising. After a black overseer unjustly whips an enslaved person, Mrs. Chevillere has the overseer whipped. When he retaliates with arson, a “loyal slave” comes to the rescue.

After this incident, Virginia agrees to marry Beverley, setting the stage for a letter from Beverley to Victor in which he discusses the old Virginia (the state) and the young Virginia (Virginia Bell). He complains of how the Tidewater and Piedmont regions of Virginia are in decline. By contrast, the more recently settled wester part of the state boasts a people who are happy and prosperous and a social order that is more democratic and self-sufficient. Beverley predicts that a new order, similar to that of the western part of the state, will eventually prevail throughout the state.

The novel concludes when the newlywed Randolphs entertain the newlywed Chevilleres and Lamars. Caruthers does not suggest in detail what the future holds for any of the characters, but the robust pleasure of the occasion suggests that the celebration of intersectional bonds is a satisfactory ending. 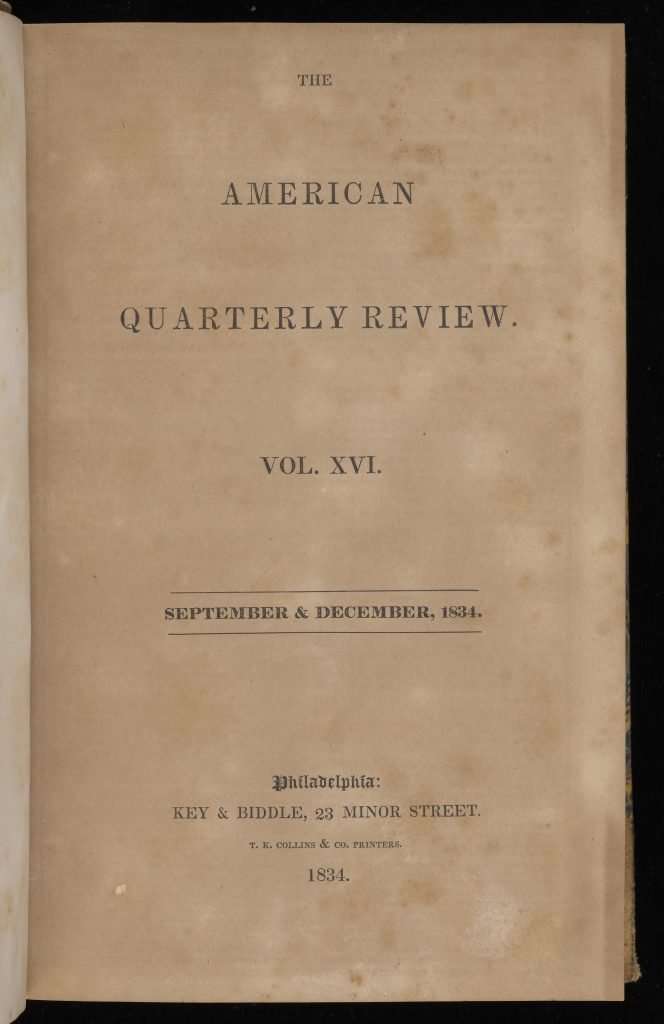 The contemporary reviewers of The Kentuckian did not all recognize the theme of intersectional bonds in Caruthers’s work, perhaps because the the novel fit no established genre. When The Kentuckian first appeared, American Quarterly Review, a strongly nationalistic magazine published in Philadelphia, attacked the sectional stereotypes in the work while recognizing that the novel included some fine passages. The novel is “randomly written,” the editors wrote in the journal’s December 1834 issue, “containing some smart passages not void of humour, but abounding too much in rigmarole and hard-strained witticisms.” Waldie’s, another Philadelphia magazine, and the New-York American found the work unremarkable, calling attention to weak characterization.

There were, however, favorable reviews that acknowledged weaknesses but attributed them to the author’s inexperience. The New York Transcript newspaper praised Caruthers’s knowledge of the sections of which he had written as well as his impartial treatment of regional differences. The Knickerbocker, in its August 1834 issue, praised Caruthers’s “valuable reflections upon prominent American topics, which show the author to be, not merely a man of quick observation, keen satire, and abundant humor, but also a man of sound judgment and comprehensive views.”

Modern scholars have had similar problems in dealing with the novel. Writing in 1927, Vernon Parrington was struck by the characters’ ability to sense impending conflict over sectional views of the national economy, although “national economy,” in Parrington’s usage, appears to mean only slavery. Curtis Carroll Davis, the author of a Caruthers biography published in 1953, saw the work as “an epistolary novel of manners depicting the America of 1832 … in a way that won a preponderance of critical approval up and down the Atlantic seaboard” as well as one that was important because the primary male characters represented “an authentic, though not now widely recognized area of the South”—in other words, Caruthers’s native Shenandoah Valley.

Writing a year later, Jay Hubbell argued that The Kentuckian was of interest to modern readers because of “Caruthers’s contribution to intersectional good will,” although he accepted Davis’s assertion that “of the four hundred and forty-two pages in the two small volumes of The Kentuckian, [only] fifteen are concerned with socio-political issues in general and with the slavery question in particular.” In his 1961 study, Cavalier and Yankee: The Old South in American National Character, William R. Taylor identified the work as a novel of manners, but he recognized that it transcended simple classification and argued that it pointed out how North, South, and West might benefit from association with each other—obliterating, in the process, sectional identities and taking on a singular national identity. This, however, overlooks the Virginia identity that Beverley recognizes. J. V. Ridgely, writing in 1980, gave the work only a few lines as a mildly successful sentimental romance, but he believed that the variety of settings and the attack on the abuses of slavery made the work “an early example of the ‘intersectional novel.'”