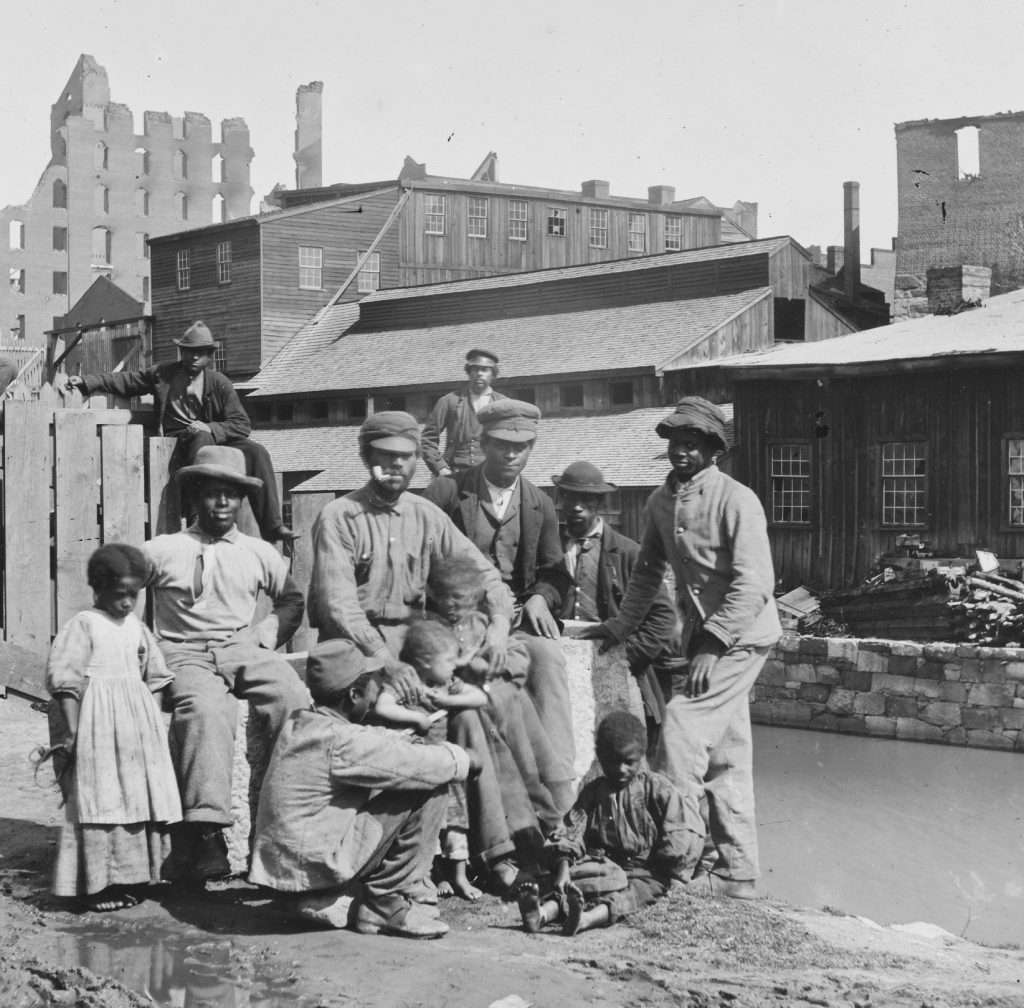 Group of Free Blacks in Richmond

John Freeman was born possibly free in the city of Richmond and possibly about 1820. The names of his parents are not recorded. Neither is it known when or how he learned to read and write. One of several African American men of that name in Richmond during the 1860s, Freeman worked as a laborer or plasterer and may have served on a federal court jury in the spring of 1867 and again late in 1870. About 1870 he moved to Halifax County and began taking part in local Republican Party politics. He may have been elected an overseer of the poor in the county in 1870. In 1872, Freeman purchased two properties near Clover Depot. At least two other men named John Freeman lived in the county during the 1870s, and it is not at all certain which references in county records and occasional newspaper reports refer to which man. Records do not indicate whether he married or had children, although he may have been the John Freeman living with a woman named Agnes (surname unknown) and a daughter in Richmond at the time of the 1860 census.

Freeman represented the county in the Republican Party state convention in Richmond in September 1870. How he emerged as a leader among African Americans in the large and populous county is not known. Freeman won election in November 1871 to one of the county’s three seats in the House of Delegates. He received 1,718 votes, the smallest number of the three victors. At that time the Richmond Daily Dispatch identified him and Asa Coleman, one of the other victorious African American candidates in the county, as radicals. The Conservative Speaker of the House appointed Freeman to the lowest-ranking seat on the Committee on Public Property. 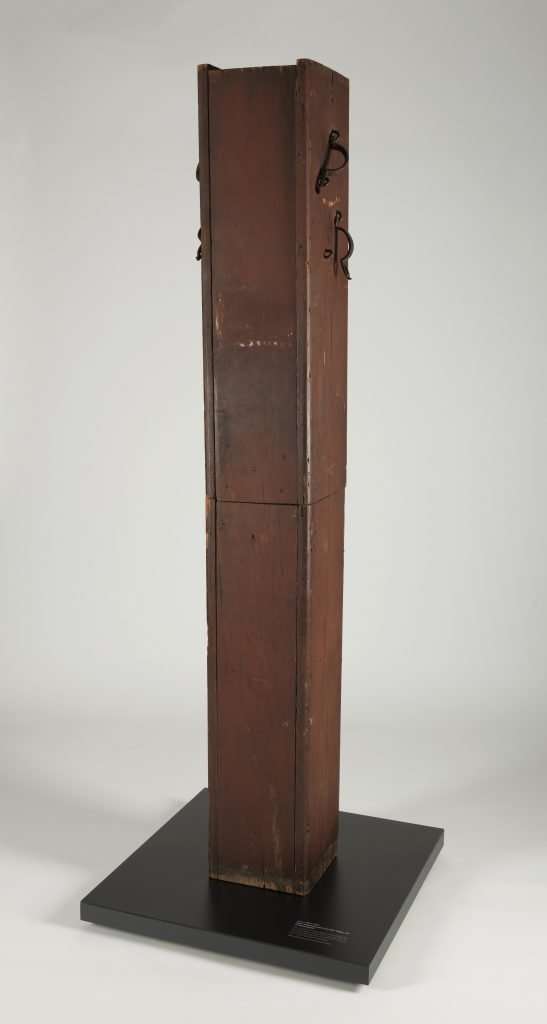 He was active on the floor during the two General Assembly sessions of 1871–1872 and 1872–1873 in which he served. During the first Freeman introduced a bill to allow a referendum on whether the state’s new optional fence law should be enforced in Halifax County and two bills to amend three sections of the law respecting work on public roads. It is not clear whether either of his bills concerning roads contributed to revision of one of the several sections of the public road act that the assembly passed that session. His and other delegates’ proposals for referenda on the fence law resulted in the assembly passing a general law to allow referenda in every county in which the board of supervisors had enforced the law. Freeman supported establishing county workhouses where people convicted of misdemeanors would be confined to hard labor as their sentence. He also proposed to abolish corporal punishment at the whipping post, but no such bill passed the General Assembly until 1882.

One of the most important issues Freeman faced during his first year in the General Assembly was a matter of public finance. The previous session of the assembly had passed a law to refinance the pre–Civil War public debt by issuing new bonds with interest-bearing coupons attached. The act allowed people to pay taxes with the coupons, which meant that tax revenue plummeted as the burden of debt service significantly increased. One unanticipated consequence was a threatened reduction in appropriations for the popular new public school system. In December 1871 Freeman voted for a resolution to suspend operation of the 1871 law until the expense of funding the debt could be determined. The governor vetoed the resolution, and the assembly then passed a law to prevent payment of taxes with coupons, which the governor also vetoed. Freeman voted to override the veto, and the bill then became law, although the Supreme Court of Appeals declared that the act was unconstitutional. That ushered in nearly two decades of divisive political fights and lawsuits about the public debt.

Shortly after the General Assembly adjourned early in April 1872, a state convention of African Americans elected Freeman a delegate to a national convention of African American men that met in New Orleans a few days later. He attended the Republican Party’s state convention later in April and was elected an alternate at-large delegate to the party’s national convention that met in Philadelphia in June 1872, but it is not known whether he attended. About that same time he became a member of the Fifth Congressional District Republican Party Central Committee. 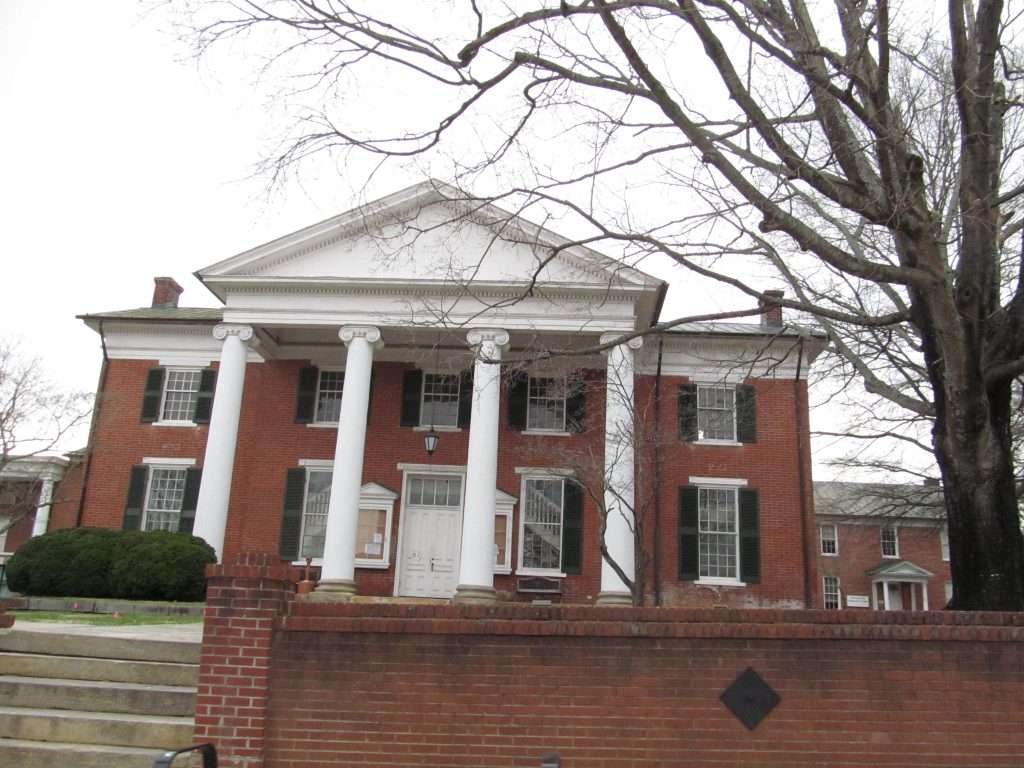 Halifax County Courthouse
The second session of the General Assembly during Freeman’s two-year term may have begun with controversy for him. A newspaper reported that a legislator from Halifax County had been arrested for drunk and disorderly conduct and placed in the Richmond city jail. The journal of the House of Delegates does not record it, but another newspaper reported that Freeman rose in the House on a point of personal privilege and presented a certificate from the city’s police chief that he was not the person arrested and jailed. During that session he introduced two bills to authorize local referenda on the fence law, another respecting work on public roads, another to abolish the whipping post, and a bill to authorize Halifax County to purchase a toll bridge in South Boston and make it a free bridge. He proposed to enlarge the jurisdiction of local petty magistrates, to require tax collectors and others to pay money they collected into the county or state treasury promptly, to investigate conditions under which elections were held, and to request the state’s two United States senators to work for repeal of a federal excise tax on distilling brandy. The only one of Freeman’s bills the General Assembly passed was his bill (or another one for the same purpose) to authorize the referendum on the bridge. He was also one of the signatories to a complaint that the General Assembly should not elect judges of county courts. Freeman did not run for reelection in 1873.

By April 1873 Freeman was a member of the Republican Party’s State Central Committee, and in July he was elected to represent Halifax County in the Republican Party State Convention. The following year creditors filed suits against him for collection of unpaid debts and began the process to sell his land near Clover Depot. According to court records in one of those suits, Freeman died before the October 1877 session of court. He was almost certainly the John Freeman, merchant, of Clover Depot, who died of rheumatism on December 10, 1876. The place of his burial is not known.