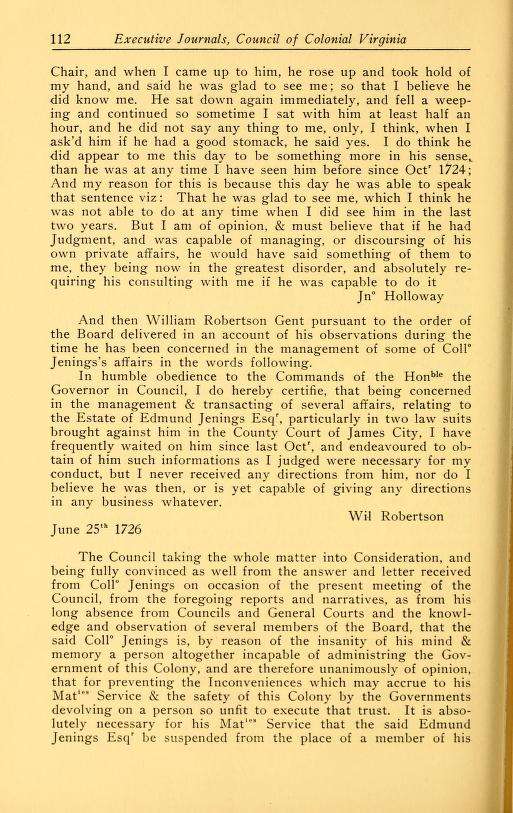 Executive Journals of the Council of Colonial Virginia, Volume 1, Page 112

The Council taking the whole matter into Consideration, and being fully convinced as well from the answer and letter received from Collonel Jenings on occasion of the present meeting of the Council, from the foregoing reports and narratives, as from his long absence from Councils and General Courts and the knowledge and observation of several members of the Board, that the said Collonel Jenings is, by reason of the insanity of his mind & memory a person altogether incapable of administering the Government of this Colony, and are therefore unanimously of opinion, that for preventing the Inconveniences which may accrue to his Majesties Service & the safety of the Colony by the Governments devolving on a person so unfit to execute the trust. It is absolutely necessary for his Majesties Service that the said Edmund Jenings Esquire be suspended from the place of a member of his 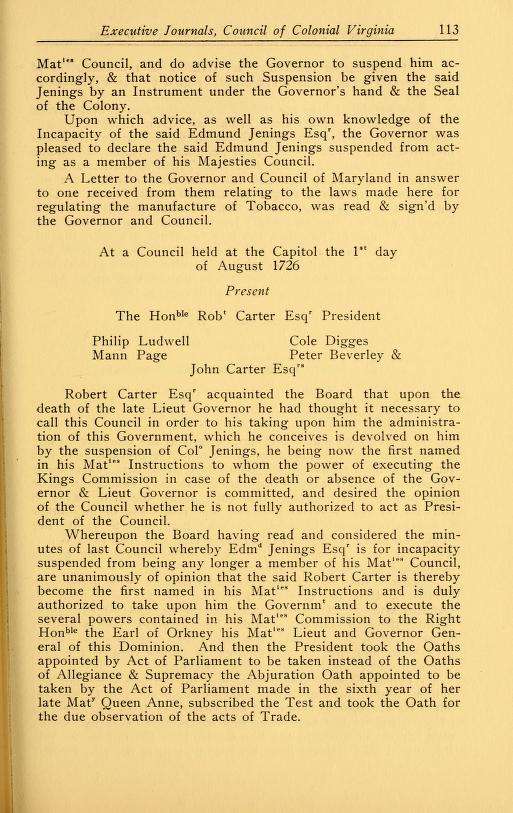 Executive Journals of the Council of Colonial Virginia, Volume 1, Page 113

Majesties Council, and do advise the Governor to suspend him accordingly, & that notice of such Suspension be given the said Jenings by an Instrument under the Governor’s hand & the Seal of the Colony.