Carter was born into slavery in or about 1816, probably in Chesterfield County and probably of mixed-race ancestry. The names of his parents are undocumented, and nothing is known about his life during slavery. After the Civil War he was described as a boot- and shoemaker, so it is possible that he received some training as a cobbler. Although the list of convention delegates compiled by Virginia’s military commander, Brigadier General John McAllister Schofield, states that Carter was illiterate, he managed to acquire enough education, either while a slave or after emancipation, to be able to sign his name, and comments he made on the floor of the Underwood Convention suggest that he could read as well.

Possibly Carter escaped to the North during the Civil War, but he was living in Chesterfield County in February 1866, when he was taxed 28 cents as a male Negro over age twenty-one. He next appears in the public record in December of that year when he purchased two lots in the community of Swansboro, near Manchester, from William H. Brander, a wealthy farmer who may have been Carter’s former owner. Carter probably practiced his trade as a shoemaker until 1868 or 1869, when he and a partner opened a grocery under the name of Smith and Carter. The store stood on a lot in Manchester that Carter bought in April 1868 for $425, most likely with the money he earned as a delegate to the state constitutional convention. 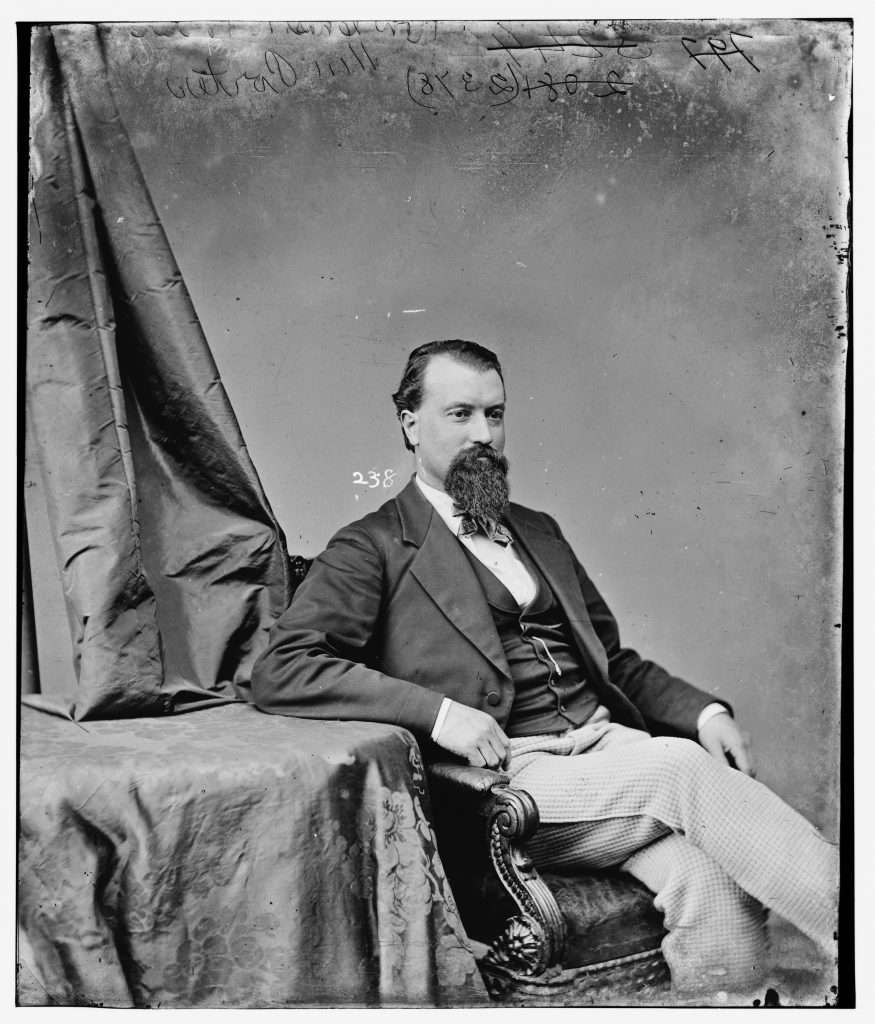 Carter had entered politics by April 1867, when he represented Chesterfield County at a convention of black and white Republicans that met in Richmond to prepare for the upcoming constitutional convention. The First Reconstruction Act, passed by Congress in March, mandated new constitutions for the former Confederate states in addition to placing the South under military rule and granting freedmen the right to vote. Chesterfield County Radical Republicans convened in Manchester to select candidates for the convention, and on October 3, 1867, a meeting of African American Republicans recommended Carter. A respected member of his community, Carter was nominated unanimously at the county’s Radical convention held four days later. Charles Howell Porter, son-in-law of former United States senator Lemuel Jackson Bowden and a future member of the House of Representatives, and Samuel F. Maddox, a Pennsylvania native who later served in the General Assembly, overcame opposition to join Carter on the Radical ticket. African Americans in the district consisting of Chesterfield and Powhatan Counties turned out in large numbers on October 22, 1867, in their first opportunity to vote in a Virginia election. They overwhelmingly supported holding a convention and easily elected the Radical candidates, who also received votes from at least ten whites.

The convention opened on December 3, 1867, and nine days later Carter was appointed to the Committee on County and Corporation Courts and County Organizations. He remained silent during the first two months of the convention but spoke on January 17, 1868, in favor of continuing night sessions in order to complete the convention’s business more quickly. Carter commented that too many delegates were wasting too much time with long speeches on irrelevant topics, whereas he had come to listen to the debates and “conceive whatever I believe to be right in the formation of this Constitution.” On January 28 he again spoke out in favor of limiting speeches to half an hour. He also introduced several resolutions on the convention floor, including one that the General Assembly pass a law requiring students to attend public schools at least three months of every year. Carter voted with the Radicals on nearly all issues that came up during the convention, although he did side with the Conservatives against requiring racial integration in public schools. On April 17, 1868, he joined the majority in approving the new constitution, which mandated universal manhood suffrage, created a new system of publicly funded schools, and transformed the organization of county government.

The day after the convention closed, Carter attended a Radical meeting at the State Capitol to discuss appointments to state offices and nominations for Congress. Carter does not appear to have taken part in any further political activities, however, and he did not seek office in the elections held in July 1869. Carter had married a woman named Alice, surname unknown, by January 7, 1869, when he sold his two lots in Swansboro and mortgaged his lot in Manchester for $115. It is not known whether Carter and his wife had been married before or after emancipation or whether they had any children, because no marriage or births were ever recorded under their names in Chesterfield County. Carter died at his home in Manchester early in the morning of January 11, 1870, and was buried from the African Baptist church (later First Baptist Church, South Richmond) in that town.