Virginia’s public schools had been segregated racially since their inception in 1870. So, too, were the state’s public colleges and universities. Through local organization and the ballot, black Virginians were able to pressure state and local authorities to provide support for their schools. Following the disfranchisement of black voters in the Virginia Constitution of 1902, however, funding for black schools fell far short of what white schools received, and the discrepancies in salaries for teachers and administrators were stark.

The segregation of public schools went beyond issues of black and white. Members of Virginia’s Indian tribes were also largely excluded from public education. While many tribes established mission schools early in the twentieth century, these schools often only went up to the seventh grade. Meanwhile, many Indian children, whose help was needed at home or in the fields, never made it past elementary school. Public high school was available only to Indians who were willing to attend blacks-only schools, and most refused. They did this in an effort to maintain their cultural identity in the face of of the Racial Integrity Act of 1924, which had deemed almost all Indians, for legal purposes, to be black. A number of the Powhatan tribes sent their children to the Bacone School in Oklahoma and to other such facilities, where they could complete high school and go on to earn the equivalent of a community college degree. Public schools were not opened to Virginia Indians until 1963. 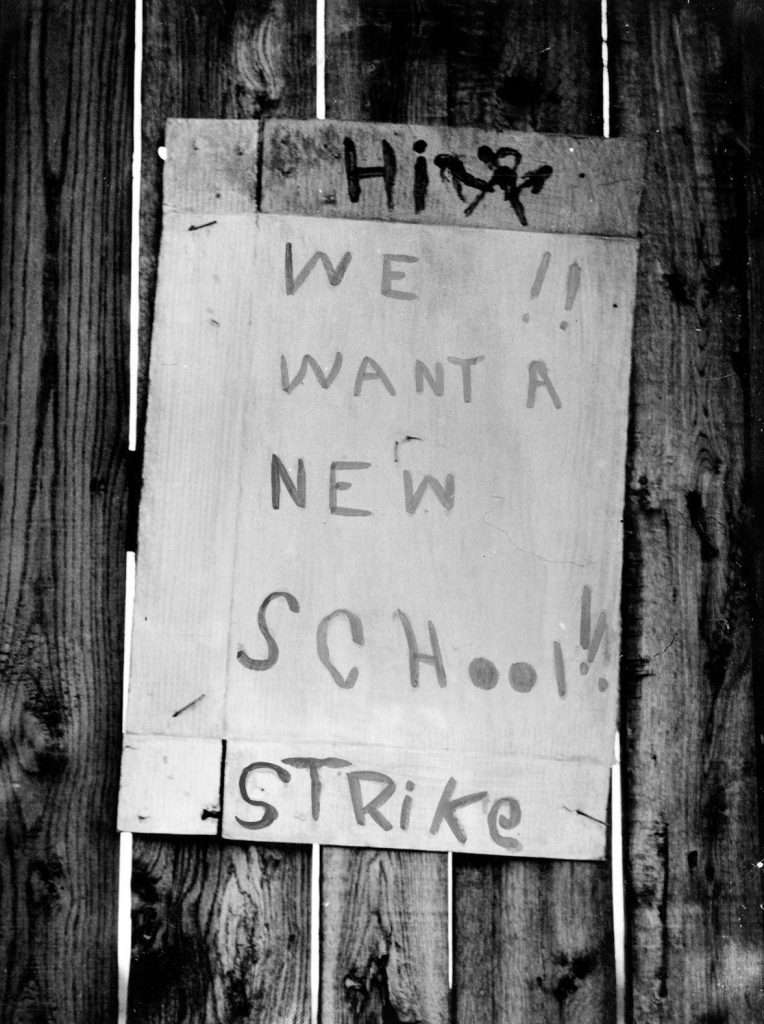 The principal black civil rights organization in the first half of the twentieth century was the National Association for the Advancement of Colored People (NAACP), which sought the desegregation of public education from its inception. The NAACP’s legal team in the 1930s began to challenge these inequalities in education. One early victory occurred in Norfolk in 1940, when the courts agreed that the city had to pay black and white teachers equitably. NAACP lawyers in Virginia continued to employ this strategy of challenging inequalities in numerous other school districts, and the pace of litigation accelerated after the close of World War II (1939–1945).

Early in the 1950s, the Virginia state NAACP joined the national organization (based in New York City) in a legal attack on the constitutionality of segregation itself. The lawsuit Davis et al. v. County School Board of Prince Edward County, Virginia, filed in 1951 joined four similar NAACP suits filed in other locations around the country before the U.S. Supreme Court, which ruled on the combined cases in 1954 in Brown v. Board of Education.

The Brown decision held that school segregation was unconstitutional, but the decision did not explain how quickly nor in what manner desegregation was to be achieved. In May 1955, the Supreme Court issued its implementation guidelines in a decision generally referred to as Brown II. In this ruling the Supreme Court chose not to set a deadline for the completion of desegregation and ordered the lower federal courts to oversee and manage the pace of desegregation “with all deliberate speed,” an ambiguous phrase that left room for a variety of interpretations of the meaning of “deliberate speed.” With little support from U.S. president Dwight D. Eisenhower or the U.S. Congress, the fight for bringing about public school desegregation fell mostly on the shoulders of African Americans and civil rights organizations.

Southern whites generally opposed school desegregation and southern public officials fought the implementation of Brown v. Board of Education fiercely. Newly created white segregationist organizations, such as the Defenders of State Sovereignty and Individual Liberties, the leading segregationist organization in Virginia, encouraged white resistance. Between 1954 and 1959, state officials evaded school desegregation by arguing against the implementation of Brown in court cases (generally filed by the NAACP) and by passing legislation aimed at making the school desegregation process more cumbersome and difficult through a policy known as Massive Resistance.

Desegregation began in Virginia on February 2, 1959, after a nearly three-year battle in the federal courts that had started in the spring of 1956. During this legal struggle the federal courts overturned many of Virginia’s antidesegregation laws and eventually ordered the admittance of small numbers of African American students into formerly all-white schools in several locations around the state.

The End of Massive Resistance 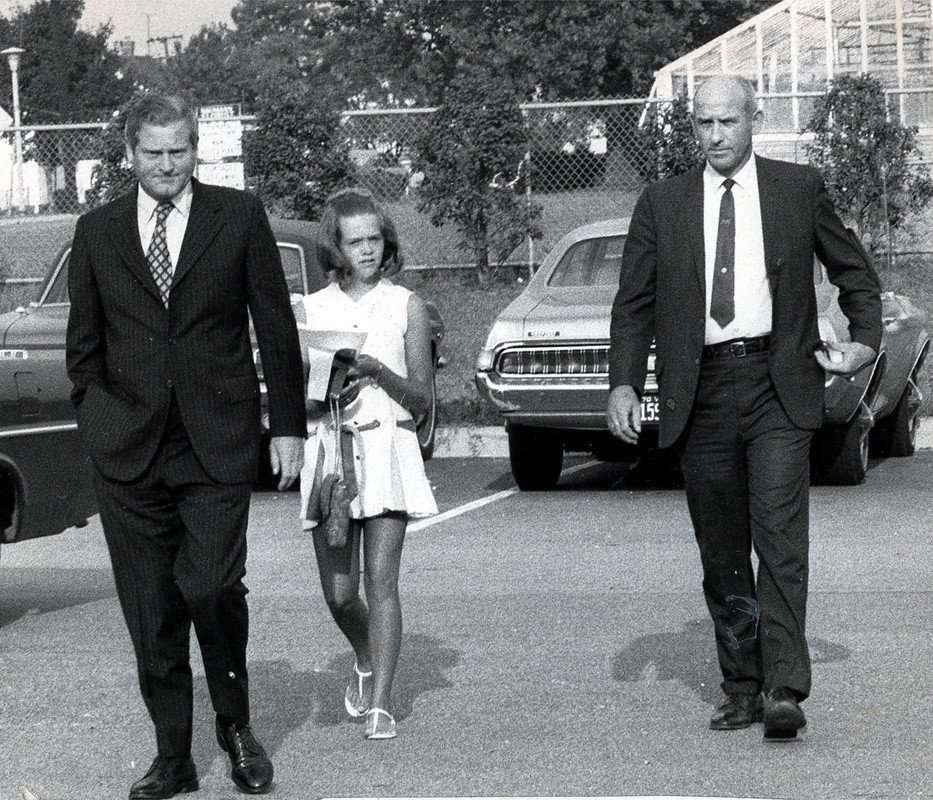 The pace of school desegregation increased as the decade wore on. One factor was that the federal government placed greater pressure on the state to integrate its schools. The Department of Health, Education, and Welfare used portions of the 1964 Civil Rights Act to threaten southern localities with the loss of federal funding if they did not integrate their schools. Additionally, the Justice Department became involved in lawsuits against intransigent school boards.

Starting in 1968, a series of three U.S. Supreme Court decisions increased the pace of school desegregation even more. The first case, Charles C. Green et al. v. County School Board of New Kent County, Virginia, et al., resulted in the end of so-called “freedom of choice” plans that shifted the burden of integration from African American students directly onto school boards. In 1969, a follow-up ruling based on a desegregation case in Mississippi increased pressure on the South to integrate its schools. Finally, in 1971, the U.S. Supreme Court handed down Swann v. Charlotte-Mecklenburg, North Carolina, which legitimized busing as a means of integrating schools and mandated that southern school districts immediately move to comply with the court’s mandates starting with Brown in 1954.

In January 1972, federal district court judge Robert R. Merhige Jr., who had previously ruled that Richmond schools desegregate via busing, ordered the integration of the Richmond school system with the systems of the surrounding, largely white counties of Henrico and Chesterfield to facilitate integration. The ruling sparked a massive backlash, with the Richmond Times-Dispatch calling it “the pernicious gibberish” of “social engineers” and protests in Richmond and Washington, D.C., from white parents and students. Merhige and his family received a barrage of hate mail and death threats. On June 5, 1972, the Fourth Circuit Court of Appeals overturned Merhige’s decision, ruling that he did not have the authority to compel localities to merge to facilitate school desegregation, a decision that was ultimately upheld by the U.S Supreme Court.

By the early 1970s, localities’ formal opposition to school desegregation had ended. As a result of court decisions and the growing role of the federal government in the desegregation process, large numbers of African American students entered formerly white schools and vice versa. In many cases, compliance was achieved by eliminating the racial composition of schools and simply enrolling students into the schools closest to their homes. By the middle of the 1970s, a major goal of the civil rights movement—the formal desegregation of the public schools in Virginia and elsewhere in the South—had been accomplished. But de facto segregation based on school district and attendance boundaries has remained. A 2020 report by Virginia Commonwealth University and  Penn State found that school segregation by race and income was deepening in Virginia and that Central Virginia, including the Richmond metro area, reported “severe school segregation.”

RELATED CONTENT
Categories:
Related SOLs:
MAP
TIMELINE
May 17, 1954
The U.S. Supreme Court rules in Brown v. Board of Education of Topeka, Kansas, that segregation in schools is unconstitutional, but fails to explain how quickly and in what manner desegregation is to be achieved. The decision leads to the Massive Resistance movement in Virginia.
May 31, 1955
The U.S. Supreme Court issues a vague ruling outlining the implementation of desegregation to occur "with all deliberate speed," a ruling now commonly known as Brown II.
November 1955
Virginia state senator Garland Gray introduces the Gray Plan, which proposes the selective repeal of the compulsory school attendance law in an effort to slow desegregation in Virginia.
1956
Harry F. Byrd Sr. pushes for the school-closing laws that lead to the closing of schools ordered to integrate.
March 1956
U.S. senator Harry F. Byrd helps to author the "Southern Manifesto," which calls for opposition to the Supreme Court's Brown v. Board of Education decision.
August 27, 1956
Governor Thomas B. Stanley announces a package of Massive Resistance legislation that will become known as the Stanley Plan. Among other things, the plan gives the governor the power to close any schools facing a federal desegregation order.
September 4, 1958
Governor J. Lindsay Almond Jr. divests superintendents of Virginia schools of their authority to desegregate their schools; he also advises that if they go against his order they will be found in violation of Virginia laws.
September 15, 1958
Governor J. Lindsay Almond Jr. closes Warren County High School, the first school held in violation of his statewide mandate against desegregation.
September 19, 1958
Governor J. Lindsay Almond Jr. closes Lane High School and Venable Elementary School in Charlottesville to prevent desegregation.
September 27, 1958
Governor J. Lindsay Almond Jr. orders white secondary schools in Norfolk to close to prevent desegregation.
January 19, 1959
Both the Virginia Supreme Court of Appeals and the U.S. District Court overturn the decision of Governor J. Lindsay Almond Jr. to close schools in Front Royal, Charlottesville, and Norfolk.
February 2, 1959
With Governor J. Lindsay Almond Jr.'s barrier to desegregation broken by Virginia's Supreme Court of Appeals, seventeen Black students in Norfolk and four in Arlington County peacefully enroll in white schools.
September 1959
Though Massive Resistance has already ended, the Prince Edward County School Board closes its public schools to resist desegregation.
1960
Governor J. Lindsay Almond Jr. retreats from his hard-line stance and allows all Virginia schools to passively resist desegregation through token integration.
1961
Benjamin Muse writes Virginia's Massive Resistance in an effort to persuade other southern states not to resist desegregation.
September 16, 1963
The 1,500 black students of Prince Edward County, mostly unschooled for four years, are invited to return to formal classes through the assistance of the new, privately organized Prince Edward Free School Association, which leases four of the closed public school facilities for one year with the support of federal officials and private funds.
May 25, 1964
After Prince Edward County's public schools have been closed for the previous five years, the U.S. Supreme Court in Griffin v. School Board of Prince Edward County rules that the county has violated the students' right to an education and orders the Prince Edward County schools to reopen.
July 2, 1964
The Civil Rights Act becomes law, allowing the U.S. Department of Health, Education, and Welfare to threaten southern localities with the loss of federal funding if they do not integrate their schools.
May 27, 1968
The U.S. Supreme Court rules in Charles C. Green et al. v. County School Board of New Kent County, Virginia, that the New Kent School Board has to "convert promptly to a [school] system without a 'white' school, and a 'Negro' school, but just schools." The ruling quickens the pace of desegregation in Virginia.
FURTHER READING
CITE THIS ENTRY