Bruce was born on January 26, 1806, in Halifax County, the son of James Bruce, a wealthy merchant and planter, and Sarah Coles Bruce, who died four months after his birth. His father remarried in 1819, and Bruce’s younger half brother, Charles Bruce, became one of the wealthiest men in Southside Virginia. Bruce received his early schooling at Hampden-Sydney College in 1823, subsequently attended classes at the University of North Carolina, continued his education at Harvard University in 1826, and studied law at the University of Virginia from 1827 to 1828. On July 21, 1829, he married Eliza Wilkins. They had eleven children, of whom eight sons and two daughters survived. During the 1830s they lived at Tarover plantation in Halifax County, traveled occasionally to northern cities, and wintered in New Orleans, Cuba, or the West Indies.

Bruce was elected to the House of Delegates in 1831 and reelected in 1832 and 1833. He served on the Committee of Schools and Colleges during all three sessions and on the Committee of Finance during the first two. In 1833 he chaired the Committee to Examine the First Auditor’s Office. During his first assembly term, a few months after Nat Turner’s Rebellion in Southampton County, the members engaged in an extended debate about the future of slavery in Virginia. Even then Bruce owned probably more slaves than any other legislator, although not nearly so many as he owned later. His major speech on the subject, delivered on January 13, 1832, began by characterizing slavery as an evil, but he justified the practice as a necessity, denounced all proposals for its abolition, and opposed further discussion of the subject as likely to stimulate more slave revolts. The other major issue discussed while Bruce was in the assembly was South Carolina’s attempt to nullify the operation of the tariff and President Andrew Jackson’s proclamation condemning nullification. Bruce strongly supported the states’ rights position and vindicated the action of South Carolina.

After his father died in 1837, Bruce acted as executor of the estate, estimated to be worth $2 million and probably including several hundred slaves. His share of the inheritance made him rich in land and slaves, and with his growing family he devised a plan for a large and elegant new residence. In 1842 Bruce employed a local architect, John Evans Johnson, and a local builder, Josiah Dabbs, to plan and erect an elegant new mansion modeled after the Parthenon. Completed in 1844, Berry Hill has been called the purest example of Greek Revival architecture in Virginia. A registered state and National Historic Landmark, it is certainly one of the finest residences built in the state during the period. 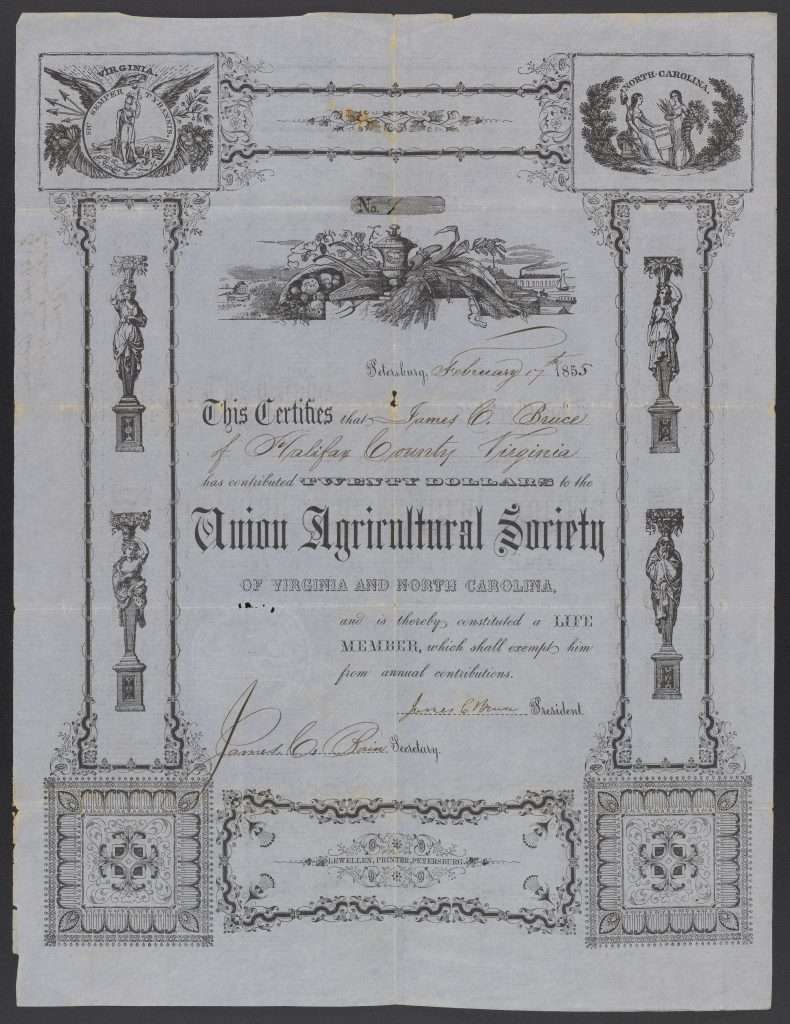 An able and sometimes witty orator, Bruce addressed the second annual meeting of the alumni of the University of Virginia in 1840 and the graduating class of the University of North Carolina the following year. Speaking on July 4, 1847, before the combined agricultural societies of Granville County, North Carolina, and Mecklenburg County, Virginia, he suggested stimulating the South’s agricultural economy through crop rotation, a more diversified commercial agriculture, better use of capital and credit, and the sale of surplus slaves (whom he considered “dead capital”) to reduce the region’s labor force to a size appropriate to its needs. Bruce recommended that each planter retain no more than ten slaves and supplement their services with wage labor. In 1853 he addressed the Danville Lyceum and elaborated on a subject that he had been pressing ever since his assembly service. Noting that Virginia lagged behind other states in political power and in commercial and industrial prosperity, he urged the formation of a state system of public schools open equally to young men and women.

Secession Debate in Virginia
Even though he feared that the South lacked economic vitality, Bruce prospered. By 1860, according to his half brother’s granddaughter, the historian Kathleen Eveleth Bruce, he had doubled his inheritance and was worth as much as $4 million. Bruce was reputedly one of the wealthiest men in the country and one of the largest slaveholders in the South. In February 1861 he was one of two men elected to represent Halifax County in a state convention called to consider the question of secession. Bruce served on the critically important Committee on Federal Relations and made several long speeches during the convention. He reiterated his lifelong devotion to states’ rights and condemned abolitionists and unfair tariffs as the sources of sectional discord. Hoping initially that a compromise plan could be devised that would allow Virginia to remain in the Union, Bruce voted against secession on April 4, but he voted for it on April 17, 1861. 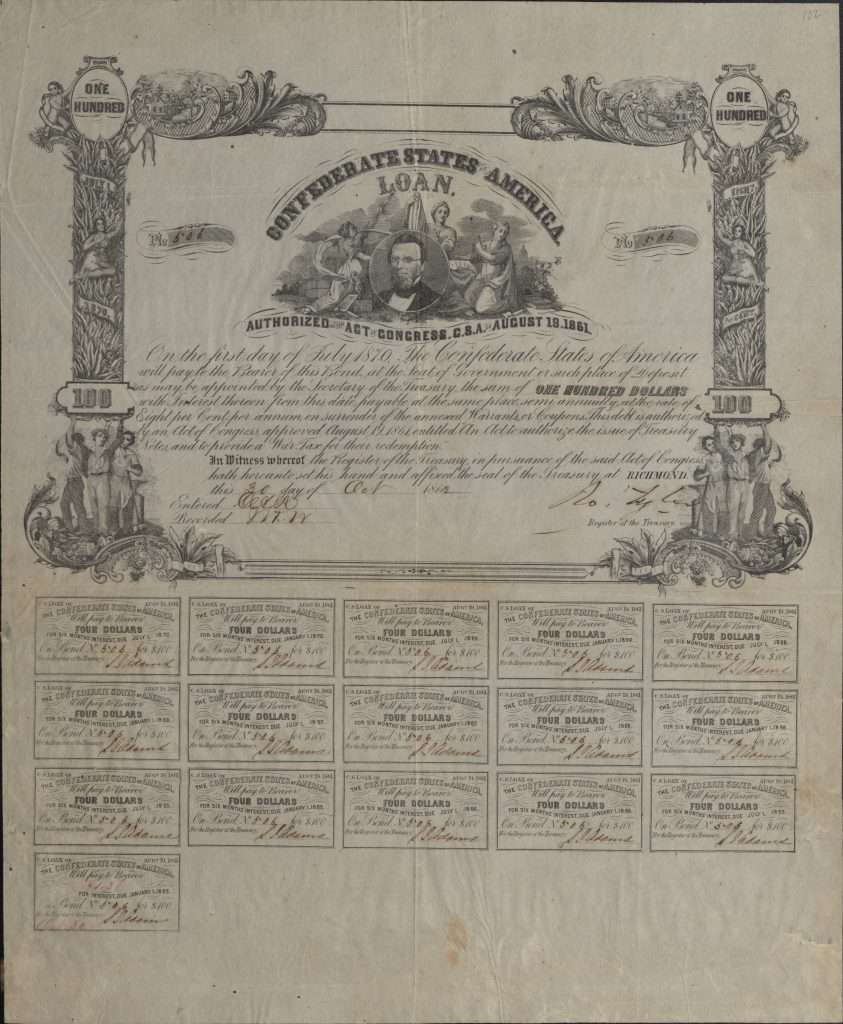 Bruce’s last public service was as a member and president of the board of visitors of the Virginia Military Institute in 1861 and 1862. He invested heavily in Confederate war bonds and contributed outright an estimated $50,000 to the war effort, but later family tradition suggests that he was resigned to the inevitable ruin of his class as a consequence of the defeat of the Confederacy that was near at the time of his death. Bruce died at home on March 28, 1865, and was buried beside the body of his wife, who had died on May 28, 1850, in the cemetery at Berry Hill in Halifax County.