Brooke was born probably sometime during the 1720s at the King William County residence of his parents, Humphrey Brooke, a prominent local merchant who died in 1738, and Elizabeth Braxton Brooke, the daughter of another notable merchant, George Braxton. His younger brother Humphrey Brooke represented Fauquier County in the Convention of 1788. About 1749 Brooke married Anne (or Hannah) Tunstall. They had at least two sons and four daughters. She died on March 25, 1779.

About the time of his marriage Brooke moved to King and Queen County and formed a mercantile partnership with one of his Tunstall kinsmen. He operated the business alone after October 1769. For many years Brooke was deeply involved in the effort to clear up the complicated affairs of his Braxton relations following the death in 1749 of his uncle, the second George Braxton. Brooke’s growing reputation as a reliable man of business resulted in his being engaged in 1767 as agent by the administrators of the tangled and politically sensitive estate of Speaker John Robinson.

Brooke owned approximately 777 acres of land in King William County. In 1764 he acquired and thereafter lived at Mantapike, a plantation of more than 1,500 acres in King and Queen County. Brooke was probably appointed to the King and Queen County Court for the first time early in the 1750s and was a member of the quorum by 1765. He was elected to the House of Burgesses in 1765, 1771, and 1774. Brooke sat on the Committee for Courts of Justice during his first term, on the Committee of Propositions and Grievances in his second, and the Committees of Propositions and Grievances and for Trade during his last. 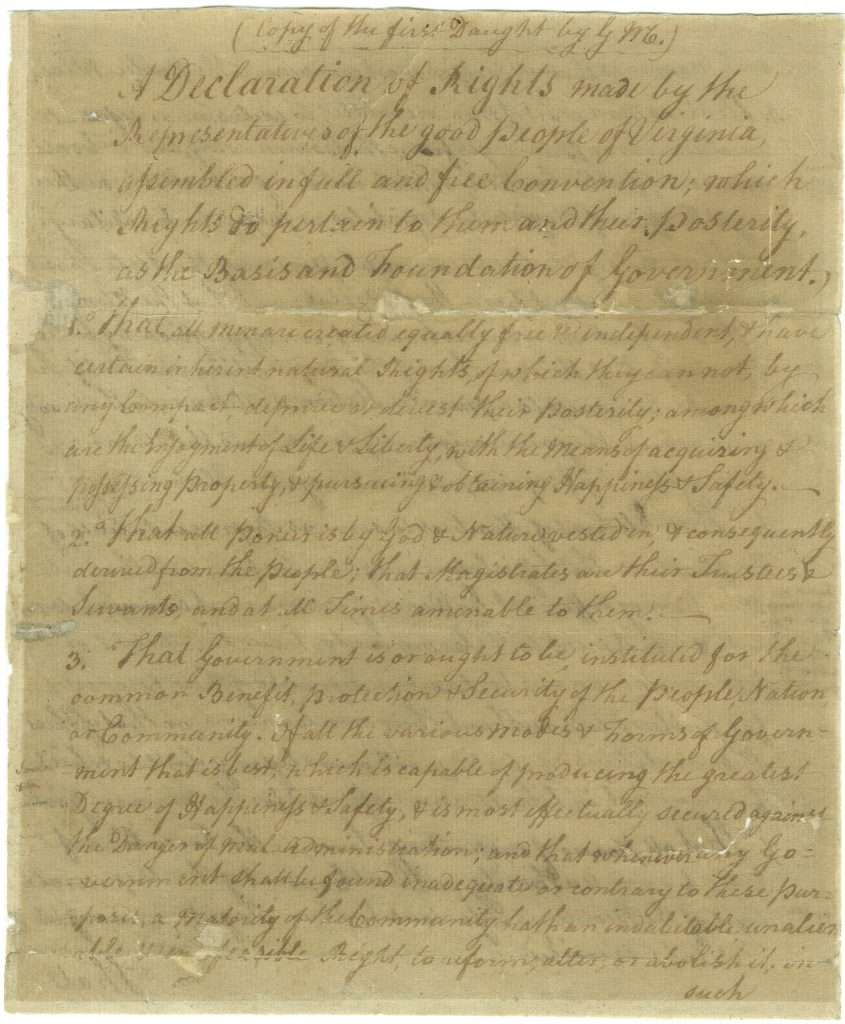 During the 1770s Brooke took part in all of the local committees formed to enforce the associations that the Virginia Revolutionary Conventions and the Continental Congress adopted to try to force Parliament to repeal the obnoxious taxes and other laws that eventually brought on the American Revolution. As a burgess he was eligible to attend the first Virginia Convention in August 1774. Brooke was elected to the other four conventions, although bad weather delayed the election for the fifth and final convention in King and Queen County. He consequently took his seat a month late and missed the May 15, 1776, vote on independence, but he served on the Committee of Propositions and Grievances and was present when the convention unanimously adopted the Virginia Declaration of Rights on June 12 and the first constitution of Virginia on June 29, 1776. Brooke served as paymaster to the 1st and 2nd Virginia Regiments in 1775 and 1776 and to the 7th and 8th Virginia Regiments during the spring of 1776.

In August 1776 Brooke was elected to the Senate of Virginia to represent the district comprising Essex, King and Queen, and King William counties. He served until the spring of 1779, when for some undisclosed reason he was declared ineligible. On December 23, 1779, the General Assembly elected him treasurer of Virginia. Brooke began his work four days later and held office through the tumultuous final years of the Revolutionary War. He supervised the transfer of the state’s treasury and its records to the new capital of Richmond in the spring of 1780, and he attempted to hold the fiscal affairs of the state together in 1781 after British raids dispersed the government’s officers and scattered its records. Brooke died of apoplexy in Richmond on April 7, 1782. He may have been buried at Mantapike.