John Andrew Bowler was born on March 1, 1862, in Richmond, the son of Emily C. Bowler, a slave. His father’s identity is not known. He grew up in the household of Mortimer Bowler, his maternal grandfather, who was a shoemaker. At the age of five Bowler entered a school sponsored by the New England Freedmen’s Aid Society. Bright and enthusiastic, he became a favorite of Bessie L. Canedy and the other teachers there, who taught him a speech on Abraham Lincoln that he regularly declaimed when visitors came to the school. When the public schools opened in 1869, Bowler attended the Navy Hill School and the Richmond Colored Normal School, from which he graduated in 1877. Determined to continue his education, he shined shoes, sold newspapers, and shoveled snow (for which, he admitted later, he had prayed) to pay his way at the Richmond Theological Institute (later Virginia Union University) until 1881. With but a penny in his pocket Bowler went to New York City to work as a bellman, but the big city did not appeal to him, and he returned to Richmond.

During the autumn of 1881 Bowler helped to organize the East End School, the first school for blacks in the Church Hill neighborhood of Richmond. On January 1, 1882, he began his life’s work as a teacher. With an enrollment of 250 pupils, the four-room structure was Richmond’s fourth public elementary school for African American students. Overcrowding soon made additional space imperative, but not until 1889 was a six-room brick building completed. The original building continued in use for classes for the older children. Renovation of nearby frame houses added necessary space for classrooms in 1911, the year that the school was renamed the George Mason School. After construction of additional classrooms in the 1930s the school occupied an entire block.

Bowler began teaching the third grade but soon moved to more advanced classes. Eventually he taught the seventh grade, preparing the students who planned to go on to high school. The school always had white principals, but Bowler’s long tenure made him the most prominent member of its all-black faculty. During the 1970s alumni still remembered him with affection and admiration. One recalled that Bowler stood outside the school every morning, his pocket watch in his hand, warning the students to hurry to class. He served the students of the George Mason School for fifty-two years.

On December 22, 1887, Bowler married Eva Flournoy Keene, of Richmond. Of their six children, one son and three daughters reached adulthood. His son J. Andrew Bowler Jr. became a journalist at the Norfolk Journal and Guide. Bowler’s salary as a teacher was insufficient for his growing family, and every summer until 1900 he worked as a bellman in northern resort hotels to earn additional income.

Bowler began preaching regularly at a hotel in Rhode Island at Sunday evening services for the staff. A devout man, he experienced conversion at the age of nine, was baptized, and joined the First African Baptist Church. Bowler was active in the church. He sang in the choir, served as superintendent of the Sunday school, and became a deacon on July 14, 1889. First African licensed him to preach in 1894, and he received formal ordination as a minister there on February 14, 1901. By that date Bowler had already served as the first pastor of the new Mount Olivet Baptist Church in Church Hill for almost a year. The congregation had increased enough by 1913 to purchase land and construct a brick church building, which was enlarged in 1922. Mount Olivet also acquired the old organ from the white Monumental Episcopal Church, an instrument that Bowler had pumped to earn money in his youth. In 1928 Virginia Union University acknowledged his service to his church with an honorary D.D.

In 1933 Bowler’s health began to fail, and his congregation hired an assistant to take over some of his duties. A paralytic stroke forced him to retire from the George Mason School the following year. Bowler died in Richmond on October 7, 1935, and was buried in Evergreen Cemetery in that city. The superintendent closed Richmond’s black schools on the afternoon of Bowler’s funeral. 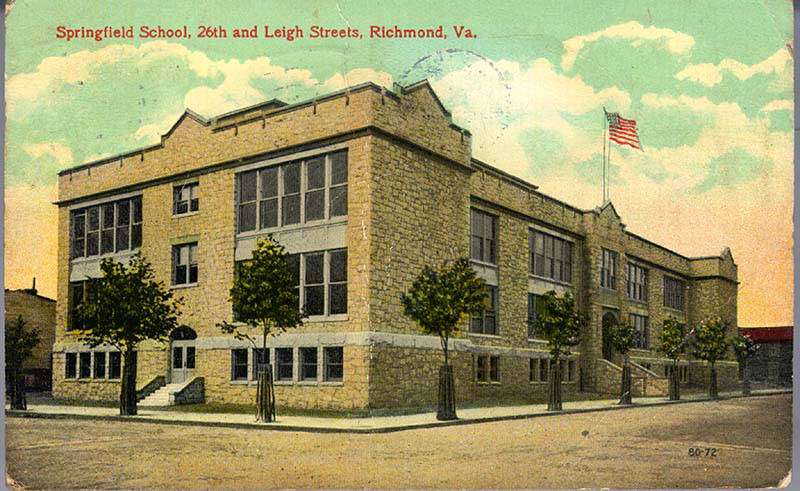 In April 1948, as lawyers from the National Association for the Advancement of Colored People pushed for equalization of school facilities, the Richmond school board decided to convert the white Springfield Elementary School to a school for blacks in order to reduce serious overcrowding at the George Mason School and two other African American elementary schools in Church Hill. On July 26, 1948, the school board announced that the facility would be renamed the J. Andrew Bowler School. On September 7, 1948, Bowler’s children and grandchildren unveiled his portrait at the school’s formal opening.