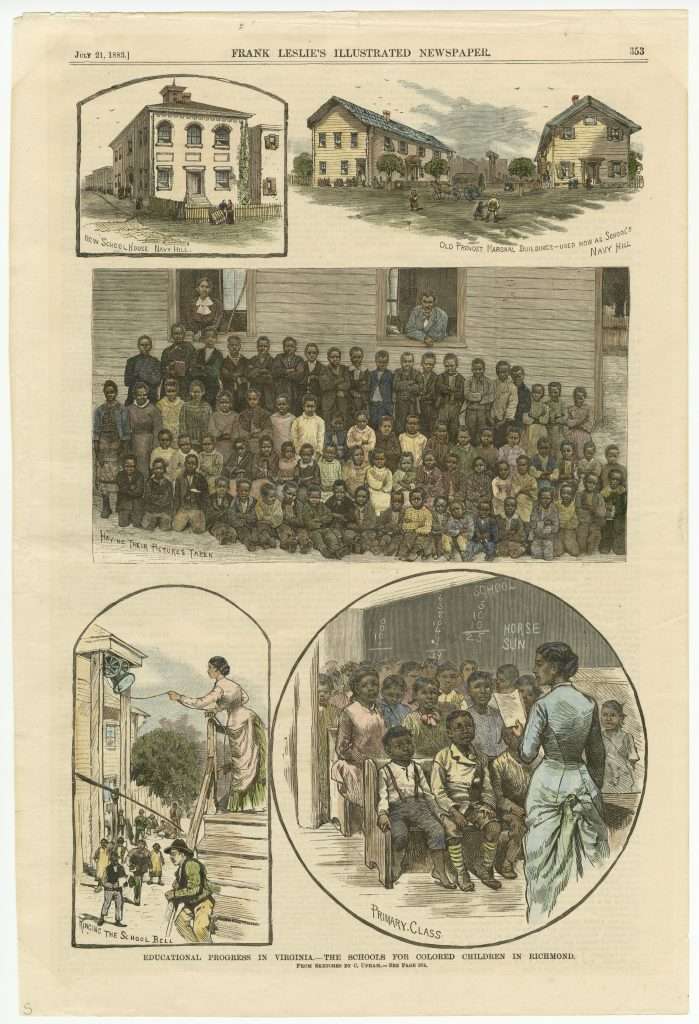 Educational Progress in Virginia—The Schools for Colored Children in Richmond.

A page from Frank Leslie's Illustrated Newspaper, published on July 21, 1883, includes a montage of colored engravings depicting school life for African American children in Virginia. The illustrations, at top, show the all-black Navy Hill School in Richmond, which was established at the end of the Civil War and later became the first Richmond public school to employ African American teachers. At the bottom of the page, African American teachers ring a school bell to summon students, while others teach inside a classroom. Navy Hill became prominent for the caliber of both its teachers and its students.