Peyton Everett Anderson was born sometime around 1857 near Farmville, the eldest of three sons and third of eight children of Paschal Anderson, a laborer, and Martha Dupuy Anderson, a seamstress. His parents were among the forty or more slaves owned by Joseph Dupuy, a prosperous Prince Edward County farmer. Anderson’s exact date of birth is disputed, but he was old enough to remember occasions during the Civil War when Union troops stopped by the Dupuy farm for food. One of his brothers died during the war while acting as a bodyguard for Joseph Dupuy’s son William P. Dupuy.

Although educational opportunities in postwar Virginia were few, Anderson was ambitious and resourceful enough to prepare himself for the ministry. William Dupuy paid for his schooling, a kindness that Anderson repaid by working as Dupuy’s bookkeeper. In 1876, after Anderson completed the seventh grade, he was inspired to become an educator by the attentive instruction of his white teacher. Because half of Farmville’s black youth worked seasonally in tobacco factories, Anderson taught in Prince Edward County at the one-room Virso School between October and February and at nearby Burkeville in Nottoway County from March to July. In his spare time during the years between 1876 and 1880, he studied for the ministry at Richmond Theological Institute. During the 1880s he attended summer sessions at Hampton Institute, at which he came to know and admire James S. Russell, who founded Saint Paul’s College in Lawrenceville, and Booker T. Washington, who founded Tuskegee Institute in Alabama. Anderson also attended the Virginia Normal and Collegiate Institute (later Virginia State University) in Ettrick, near Petersburg.

During the 1880s, when land acquisition among blacks rose sharply, Anderson was able to buy seventy-nine acres adjacent to the Dupuy farm. On May 2, 1892, he married Pattie E. Price, of Meherrin, a village on the border of Prince Edward and Lunenburg counties. They had four daughters and five sons. Shortly after the birth of their last child in 1909, Pattie Anderson died.

In 1910 Anderson became the first African American superintendent of black rural schools in Prince Edward County, a post he held until 1915. One of his most important accomplishments was the establishment of forty school patron leagues, which were instrumental in building twenty-three rural schoolhouses. Promoting the value of economic self-sufficiency, he introduced industrial education classes into these schools. About 1913 Anderson returned to Virso, where he worked as principal until he retired from education in 1938. One county superintendent described him as the most versatile schoolteacher he had ever seen. 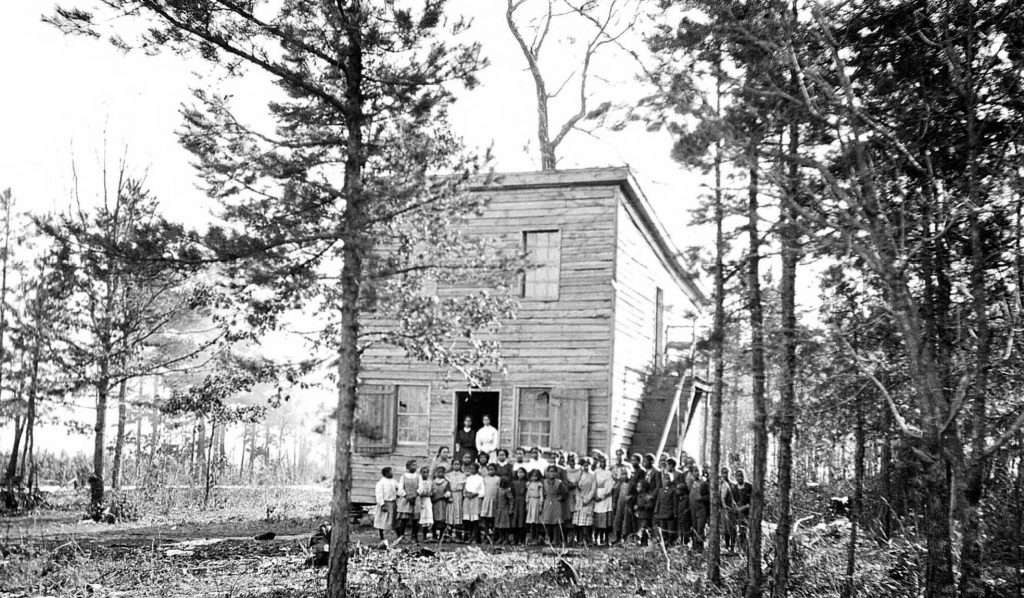 Throughout his career, Anderson typified the many former slaves who benefited from, and advocated, Booker T. Washington’s doctrine of racial progress and independence through industrial education, or the teaching of trades and technical skills. Anderson found strength in his associations with like-minded African Americans in fraternal orders such as the Knights of Pythias, the United Order of Moses, and the Independent Order of Saint Luke. Although a Republican, he retained close postwar ties with the politically active Dupuy family. To the consternation of some other African Americans, Anderson’s father voted for William Dupuy in the 1880s, when Dupuy was a Democratic candidate for the General Assembly. Anderson’s continuing postwar ties with the Dupuys may have reflected in part his desire to work with political opponents, when feasible, in hopes of softening opposition to black progress. During his career in education, Anderson remained devoted to his ministerial duties, serving as pastor of New Bethel and Shiloh churches and as president of the Bluestone Sunday School Convention. His retirement from teaching when he was in his eighties did not prompt him to retire from the ministry. At the time of his death, he was acting pastor of Mount Zion Baptist Church in Green Bay, Prince Edward County.

Anderson died in Meherrin on December 24, 1950, when he was approximately ninety-three years old, and was buried in the cemetery of Mount Zion Church.