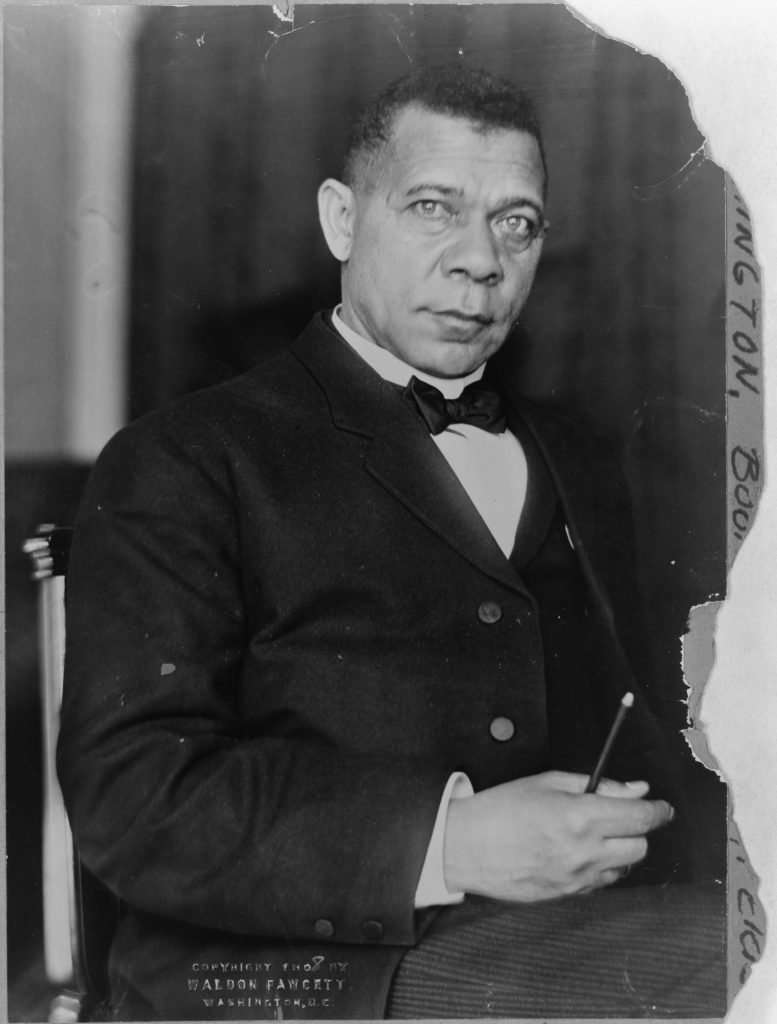 That Washington would come to symbolize such divergent ideas—that, indeed, he would become a nationally known symbol of anything at all—would have seemed almost unimaginable at the moment of his birth. He was born a slave on a tobacco farm near the tiny town of Hale’s Ford in Franklin County, Virginia, late in the 1850s. The precise year of his birth has been a matter of debate. As Washington observes wryly in the opening paragraph of Up from Slavery, “I suspect I must have been born somewhere and at some time.” Possessing no formal birth certificate, he had to rely on the memories of others and make educated guesses himself, sometimes placing his birth as early as 1854 and other times as late as 1859. After his death, his older half-brother claimed to have seen the date April 5, 1856, recorded next to Washington’s name in a family Bible, and 1856 is the year that appears on his headstone at his gravesite in Tuskegee.

His paternity is similarly uncertain. Washington’s mother was a slave named Jane, one of six slaves (including Washington himself) owned by tobacco farmer James Burroughs. His father is identified in Up from Slavery as simply “a white man who lived on one of the nearby plantations.” If Washington knew the name of his father, he never revealed it publicly, and if the two ever crossed paths in Hale’s Ford, the interaction was likely impersonal—the chance meeting of a white man and a black boy, not of a father willing to acknowledge his son.

Washington’s relationship with his mother was considerably closer, though her duties as cook for the Burroughs family left her little time for her children. His strongest family ties were to his older half-brother, John, and younger half-sister, Amanda. He was less close to his stepfather, “Wash” Ferguson, a fellow slave whom his mother married after Washington was born. Ferguson fled his master in 1864, relocating to the new state of West Virginia and finding employment in a salt works in the town of Malden. Late in the summer of 1865, four months after the end of the American Civil War (1861–1865), Ferguson summoned his family to join him. 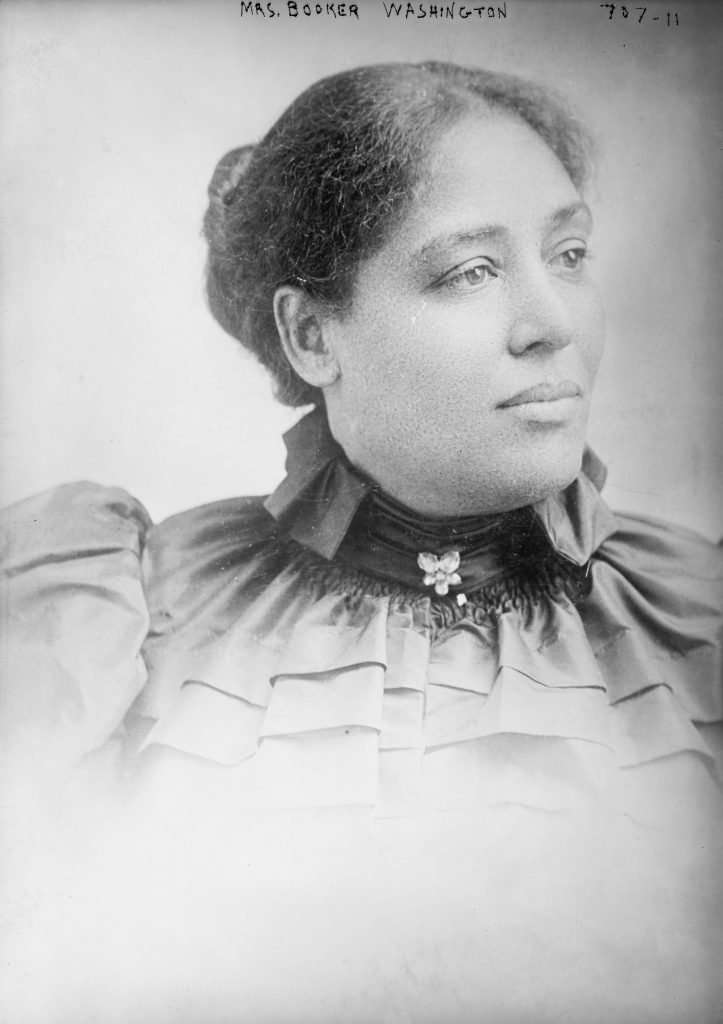 The trip was Washington’s first outside Virginia. He would remain in West Virginia until 1872, working sometimes alongside his stepfather in the salt furnaces and mines, other times as a houseboy for a woman who taught him to read and write. In West Virginia he began attending a school for former slaves, and it was as a student, in fact, that he assumed the name “Booker Washington.” His mother had given him the name “Booker Taliaferro,” yet as a boy he apparently knew no more about this than he did about his date of birth or the identity of his father. When his teacher asked him for his full name, he responded with “Booker Washington,” perhaps naming himself after his stepfather (“Wash” was short for Washington) or perhaps associating himself with the first U.S. president, George Washington.

The story he tells in Up from Slavery hints at the latter explanation. Though it’s doubtful that the nine-year-old boy had the presence of mind to begin fashioning so mythic a persona on his first day of organized school, the older Washington was willing to give the impression, however subtly, that even as a youth he had begun his pursuit of the power and influence that, in 1903, would see him dubbed “Father of His Race” by a New York City newspaper. Yet whatever lay behind the act of self-naming, Washington’s acquisition of literacy and exposure to schooling during his years in West Virginia allowed him to envision a better life for himself and to foresee a career that might be devoted, as he describes it in Up from Slavery, to “the lifting up of my people.” 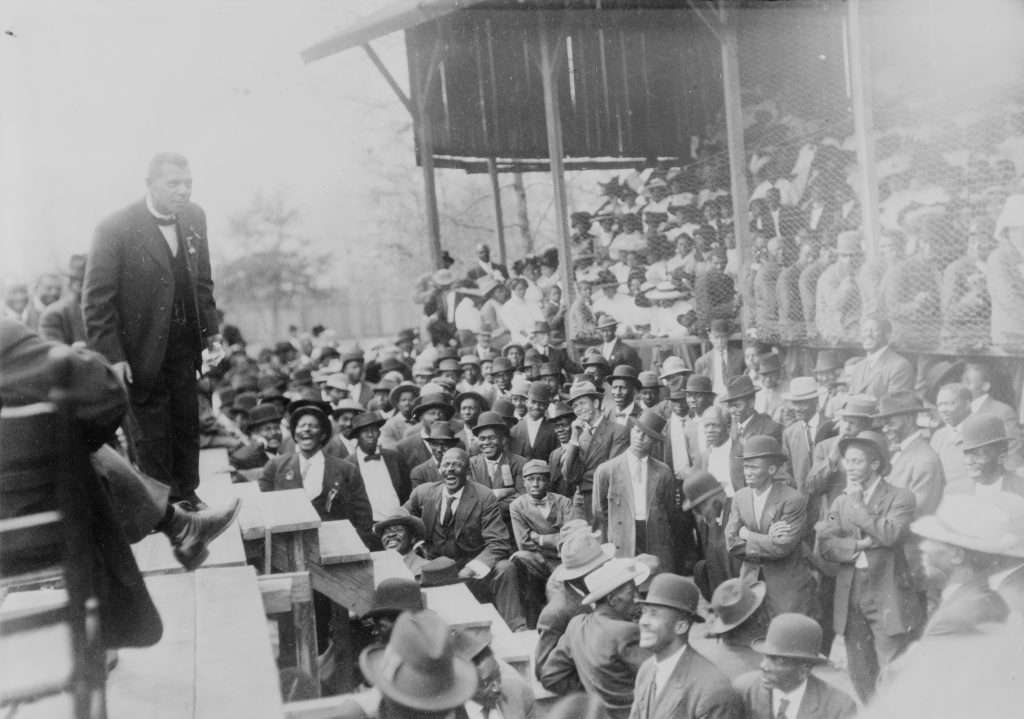 To pursue these goals—to begin in earnest his journey “up from slavery”—Washington needed to return to his home state. It was while working in a West Virginia salt mine that Washington first heard of the Hampton Institute in Hampton, Virginia. Founded in 1868, Hampton provided former slaves and their children greater opportunities than did smaller schools like the one Washington had been attending intermittently in West Virginia. In particular, it offered a chance at an “industrial education,” which combined such traditional subjects as reading and geography with training in various manual arts (carpentry, bricklaying, and sewing, for example) as well as teacher training. Washington traveled to Hampton, covering much of the trip on foot and with little or no money, in 1872. When he arrived he was required to sweep and dust a room as an “exam”—a test he passed easily, disciplined as he had become through his work as a houseboy. According to Samuel Chapman Armstrong, Hampton’s founder, Washington distinguished himself during his three years there as the best student the school had ever had. He graduated in 1875, returned to Malden to teach for three years, spent the winter of 1878–79 studying at the Wayland Seminary in Washington, D.C., then returned to Hampton Institute in 1879 to work for two years as a night-school teacher and a supervisor of the Kiowa and Cheyenne students recently accepted at the school.

Had he simply continued his career at Hampton, Washington could have viewed himself as an unqualified success. The chance to pursue something greater came quickly, however. In May 1881 Armstrong recommended him to head a new school for African Americans to be founded in Tuskegee, Alabama. The school opened two months later, on July 4. Its first class numbered only thirty students. Washington himself was the lone faculty member, and most of the teaching was done in a “little shanty” on loan from a Methodist church. By 1900 the student body numbered 1,100 and the faculty more than eighty. By the time of Washington’s death in 1915, Tuskegee had enrolled 1,500 students for the year and its campus encompassed some 100 buildings and 3,500 acres.

Washington’s personal life was difficult during these years, however, due to the poor health of his wives. He married his first wife, Fanny Norton Smith Washington, in 1882. She died two years later. His second wife, Olivia Davidson Washington, had been one of Tuskegee’s most important fund-raisers prior to marrying Washington in 1885. She continued to perform that work until her death in 1889. Washington was survived by his third wife, Margaret Murray Washington, and by three children from his earlier marriages, all of whom did work for the institution. 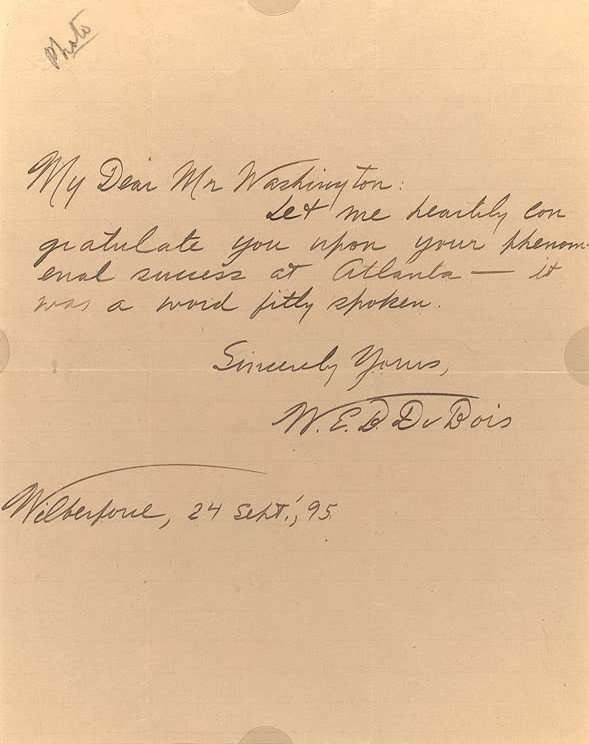 Tuskegee’s early expansion led to an invitation for Washington to speak at the 1895 Atlanta Cotton States and International Exposition in Atlanta, Georgia. As he describes it in Up from Slavery, “this was the first time in the entire history of the Negro that a member of my race had been asked to speak from the same platform with white Southern men and women on any important National occasion.” His speech represented black economic opportunity as a potential success story for both the South and the nation. It reinforced images of African Americans as faithful servants during slavery and promised that, “in our humble way, we shall stand by you … ready to lay down our lives, if need be, in defense of yours.” The climax of the speech—the most famous words Washington ever authored, in fact—involved a metaphor of the hand: “In all things that are purely social we can be as separate as the fingers, yet one as the hand in all things essential to mutual progress.”

Given his own biracial identity, Washington was perhaps aware at some level of the irony of the metaphor, which segregated the races along “social” lines while interlacing them on most others. It drew an ovation from the Atlanta audience, however, and was reproduced in newspapers around the country, transforming Washington almost overnight into national celebrity.

The increased visibility made it easier for Washington to raise funds, hence to expand Tuskegee. For Washington and his students, what followed was a period of optimism. Yet the speech also came just one year before the U.S. Supreme Court’s Plessy v. Ferguson decision, which asserted the constitutionality of the doctrine of “separate but equal” and allowed legalized segregation for the next half-century. Washington’s pledge that he and other African Americans would pursue economic opportunities “in our humble way” was read by some as an example of Washington’s realism—the strongest message he could send, given the dispiriting politics of the time. Others read it as a form of capitulation. Du Bois, writing eight years later, called the speech “the most notable thing in Mr. Washington’s career,” yet argued that Washington epitomized “in Negro thought the old attitude of adjustment and submission.” 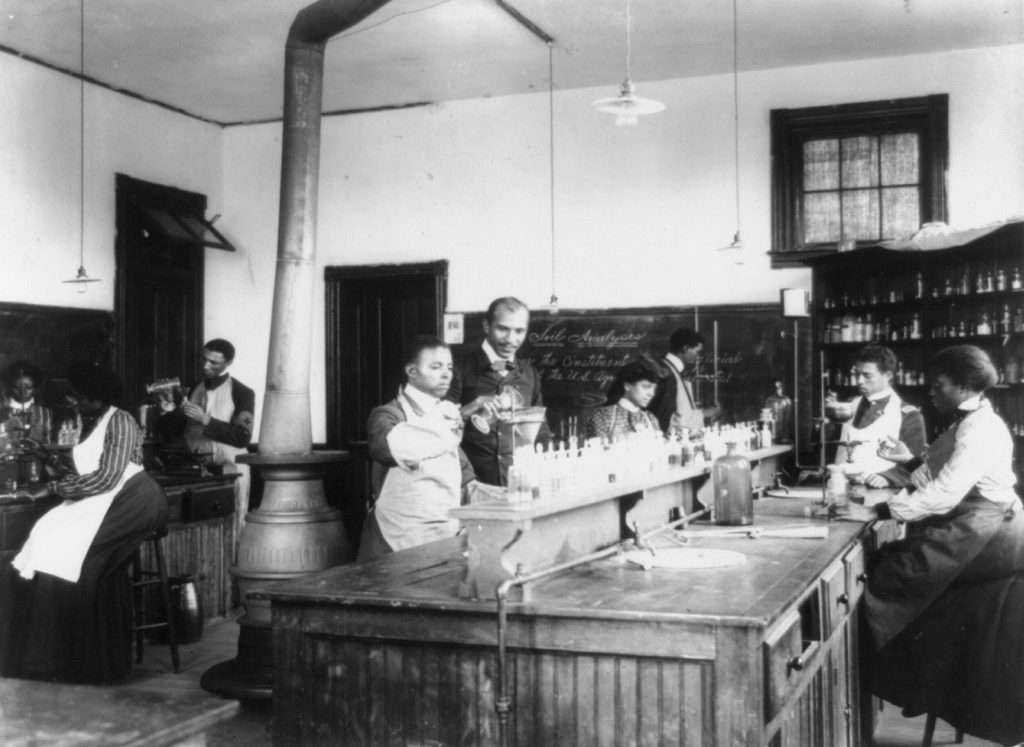 Tensions between Washington, Du Bois, and their followers escalated over the next two decades. Those on Du Bois’s side were more likely to make public their criticisms. Wanting to maintain a public persona that conveyed humility, Washington played his hand differently, working quietly to build what would come to be called “the Tuskegee Machine”: an association of individuals, many of them graduates of Tuskegee, who worked to protect the political structures and fund-raising networks that made the institution possible.

Debates about Washington’s legacy continue. Yet whatever view of Washington one takes, the fact that he rose far above his beginnings is unquestionable. Washington, in fact, ends Up from Slavery by discussing a return to Virginia and measuring how far he had come. Invited to Richmond to speak to an audience of African Americans, he learns later that the entire state legislature had voted to attend the meeting, too. Speaking before an integrated audience that would have been inconceivable in 1860, Washington “thanked both races for this welcome back to the state that gave me birth.” He even returned a few years later to Hale’s Ford, a place he had once called “about as near to Nowhere as any locality gets to be.” There he spoke once again to an audience of black and white Virginians, though the crowd this time was much smaller and of a more modest social standing than the one in Richmond. Hale’s Ford had lost most of its residents during the late nineteenth century, and those who remained, according to a newspaper reporter who covered the event, were “mostly … old people, and others who were not able to get away.” As always, however, Washington seemed to relish the chance to speak. His words were consistent with the things he had been saying for more than twenty years that had won him so many supporters as well as critics. Speaking to the descendants of the slaves and slave owners he had once known, including members of the Burroughs family, Washington urged his listeners to “preserve the old kindly relations” that had existed during slavery “because, if they are lost, they can never be replaced.” Yet the speech was forward-looking and, in its way, integrationist, too, stressing that there was “opportunity … in this country for every man, whether he was white or black, if he had the heart and courage to work.”