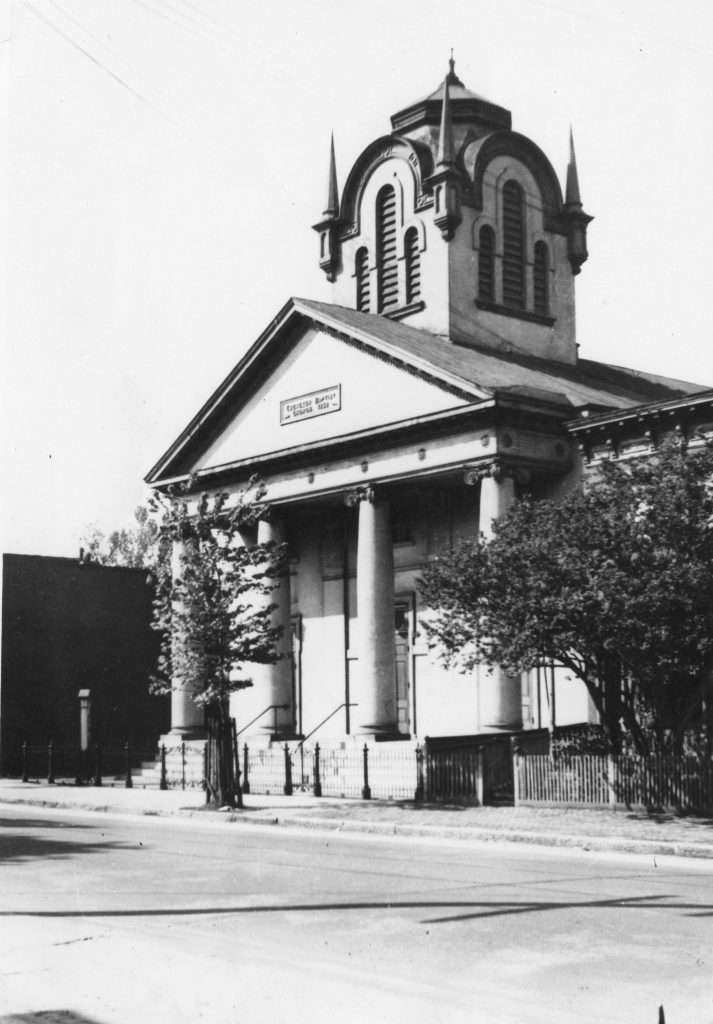 John Henry Adams was born around 1848 at 227 West Leigh Street in Richmond, the younger of two sons and second of four children of John Adams and Octavia Jackson Adams. His father was a contractor and plasterer, one of fifteen free blacks in Virginia who had accumulated at least $4,000 in property by 1860. The senior Adams owned thirteen houses and lots in that year and bought eight more by 1871, making him Richmond’s leading African American real estate holder. When he died in 1873 his estate was reportedly worth about $40,000. Adams’s father had at least a basic education and an excellent reputation. He took a leading role in the First African and Ebenezer Baptist Churches in Richmond, interested himself in the colonization movement, and served after the war as an officer in black labor unions.

John H. Adams matriculated in 1869 at Lincoln University in Chester County, Pennsylvania, and received an AB in 1873. He became a plasterer and was active in several of Richmond’s black organizations. On July 26, 1876, he married Anna Boyd. Their two sons both died in infancy and she died on May 29, 1879.

Adams is best known for his involvement in the politics of Richmond’s Jackson Ward, gerrymandered by conservative whites in 1871 so as to concentrate African American voters into one district and thereby limit the number of city council members they could elect at one time. Adams was one of thirty-three African American Republicans who represented the ward on the Richmond City Council between 1871 and 1898. His tenure in office coincided with the peak of black political power in post-Reconstruction Richmond. Elected to the common council for a two-year term in 1882, Adams was one of only six blacks appointed to the school committee during this period. With his colleagues, as a councillor and subsequently as an alderman (1884–1888), he won improvements in neighborhood schools, streets, and lighting, but he failed to gain a park, an armory, and other goals of ward residents.

Adams was part of the city’s black elite and one of the pioneer political leaders whose successes and failures epitomized the biracial politics of the late nineteenth century and anticipated the political struggles of African Americans in the twentieth century. Like his father, Adams was active in the Ebenezer Church and was one of five delegates from the congregation to a council of Richmond’s black Baptist churches that met in 1881 to settle a controversy within the First African Baptist Church. Adams was also a trustee of the city’s Friends’ Asylum for Colored Orphans.

On November 19, 1895, Adams married a young widow, Letitia Banister, of Danville. The register described him as a resident of New Haven, Connecticut, and they may have resided there for a time before settling in Danville, where Adams worked as a plasterer for the Charles Orchard Company. Of their two children, only a son survived childhood. Adams retired about 1930 and returned to Richmond. He died in the Richmond home of a niece on March 5, 1934, and was buried in Richmond’s Evergreen Cemetery.

RELATED CONTENT
Categories:
Type:
MAP
TIMELINE
ca. 1848
John H. Adams is born in Richmond. His parents are John Adams and Octavia Jackson Adams, both free blacks.
1860
John Adams, of Richmond, is one of fifteen free blacks in Virginia who has accumulated at least $4,000 in property.
1869
John H. Adams matriculates at Lincoln University in Chester County, Pennsylvania.
1871
By this year, John Adams owns twenty-one houses and lots, making him Richmond's leading African American real estate holder.
1873
John H. Adams receives an AB degree from Lincoln University in Chester County, Pennsylvania.
1873
John Adams dies, leaving an estate reportedly worth about $40,000.
July 26, 1876
John H. Adams marries Anna Boyd. They will have two sons, both of whom die in infancy.
May 29, 1879
Anna Boyd Adams, wife of John H. Adams, dies.
1881
John H. Adams is one of five delegates from the Ebenezer Church in Richmond to a council of Richmond's black Baptist churches that meets to settle a controversy within the First African Baptist Church.
1882
John H. Adams, a Republican, is elected to the Richmond City Council for a two-year term representing Jackson Ward. He is one of only six blacks appointed to the school committee.
1884—1888
John H. Adams, a Republican, serves as an alderman on the Richmond City Council, representing Jackson Ward.
November 19, 1895
John H. Adams marries a young widow, Letitia Banister, of Danville. They will have two children, one of whom will survive childhood. Adams works as a plasterer in Danville.
ca. 1930
John H. Adams retires as a plasterer in Danville and returns to Richmond.
March 5, 1934
John H. Adams dies in the Richmond home of a niece. He is buried in Richmond's Evergreen Cemetery.
FURTHER READING
CITE THIS ENTRY