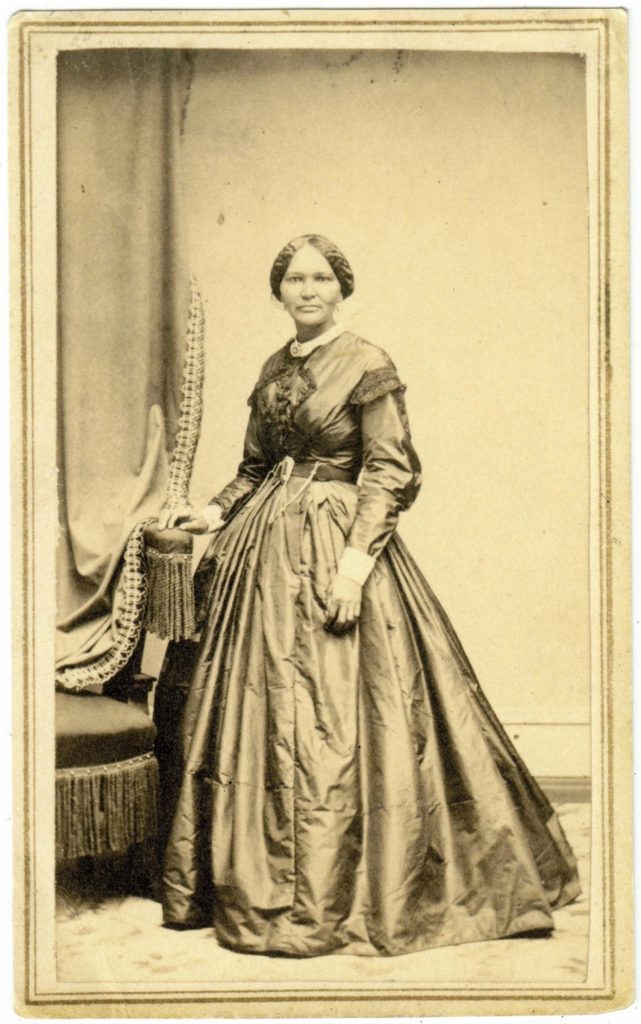 The prominent Black dressmaker Elizabeth Keckly wears a fashionable gown in this mid-nineteenth century carte-de-visite photograph. Enslaved for decades, Keckly used money she made as a hired-out seamstress to purchase her own freedom and that of her son. She eventually moved to Washington D.C., where Keckly served as a dressmaker and a confidante to First Lady Mary Todd Lincoln in the White House during the years of the American Civil War (1861–1865). In addition to running a sewing business, Keckly became a memoirist and a prominent activist on behalf of freed Black people.