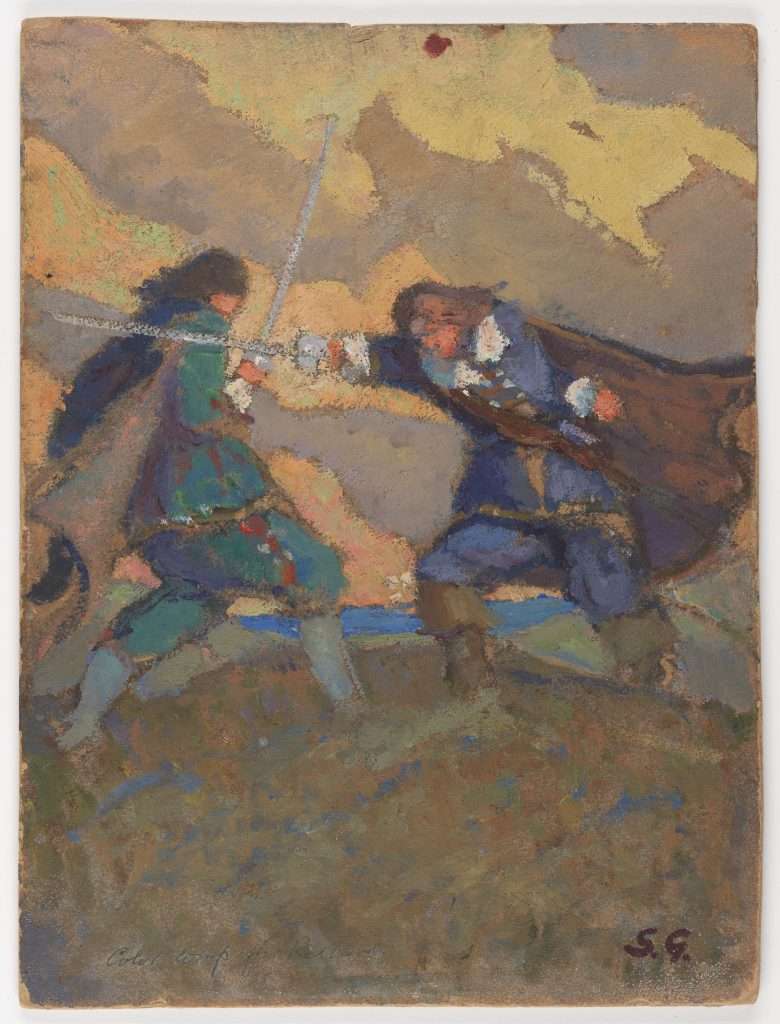 Two men dressed in seventeenth-century garb engage in a sword fight in this oil painting that appeared as both the cover and frontispiece of Red Beard of Virginia, a historical novel published in 1927 that was set during the time of Bacon's Rebellion. The romantic hero of the story, Nicholas Ross (also known as Red Beard), moves from England to Virginia, where he first allies himself with the governor, Sir William Berkeley, but eventually takes on the cause espoused by the rebel Nathaniel Bacon. In the scene from the book depicted in this painting, Ross is fighting to uphold the honor of a noblewoman while still in England. He later meets and weds the same woman in Virginia and, in the wake of Bacon's Rebellion, they set up house in a James River plantation which they vow to make "the fairest estate in Virginia."