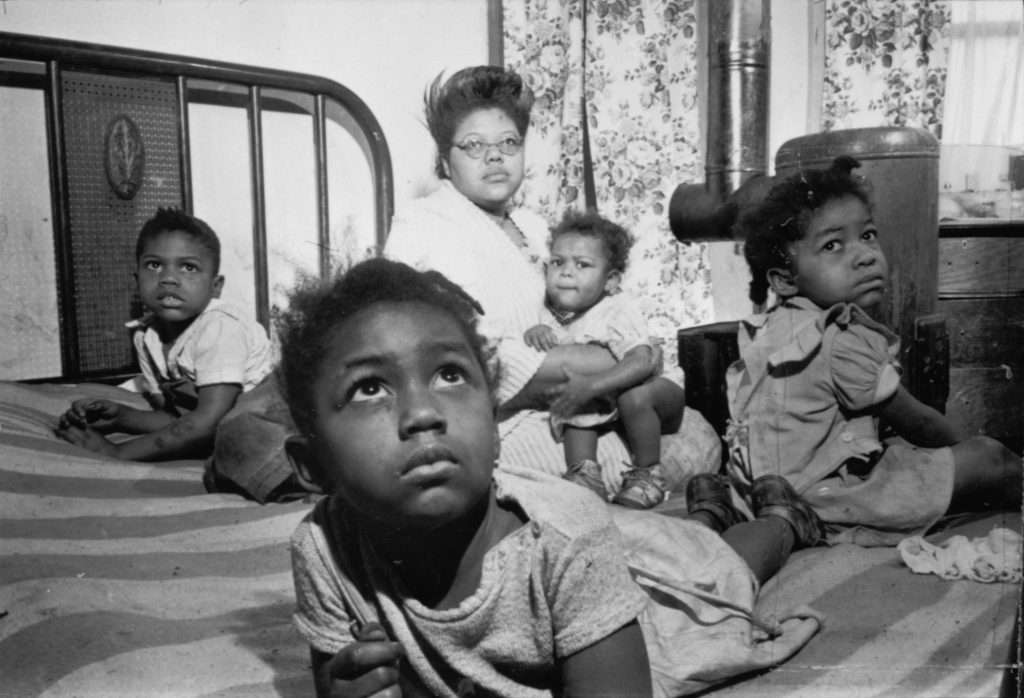 An African American Family in Chicago

An unidentified African American woman and her four children pose for a photograph in their tenement apartment in Chicago on January 27, 1949. The photographer, Stanley Kubrick, was on assignment for Look magazine for a story titled "Chicago City of Contrasts." Kubrick went on to become a famous film director. This image is part of the Look Magazine Photograph Collection at the Library of Congress.