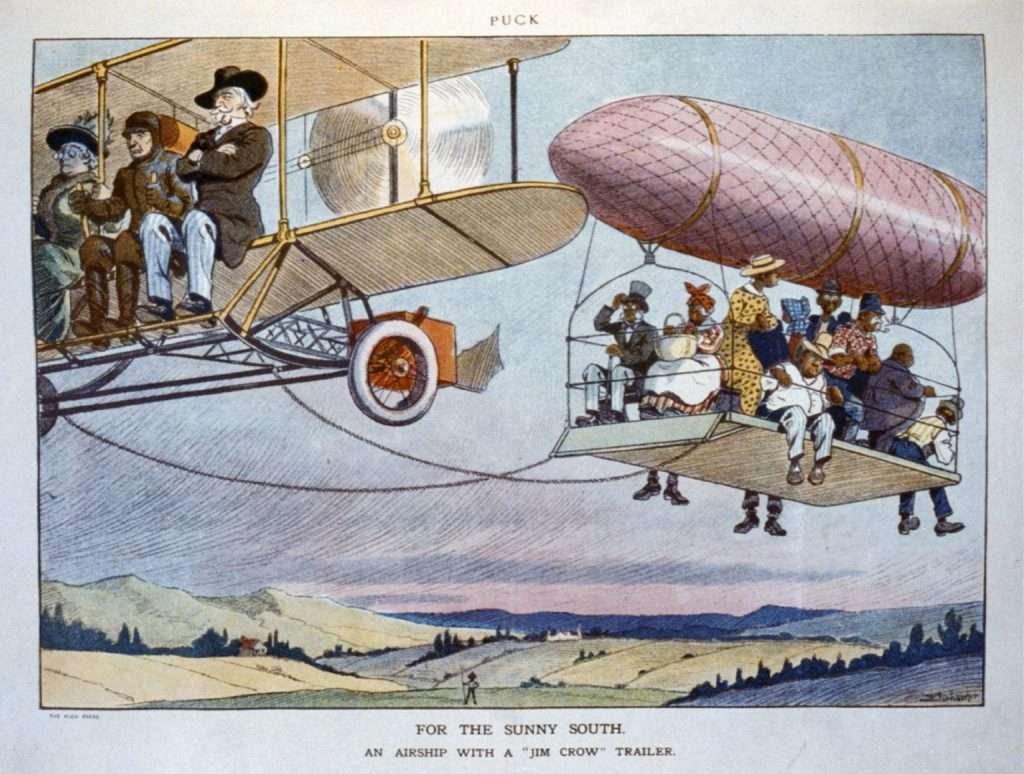 For the Sunny South. An Airship with a Jim Crow” Trailer.“””

A cartoon in the February 26, 1913, edition of Puck, a humor magazine published in New York City, satirizes the Jim Crow laws that mandated segregated public transportation in the South. The cartoon's private plane has a separate "trailer" held aloft by a balloon to transport the black passengers, presumably the servants of the aristocratic couple seated with the pilot.