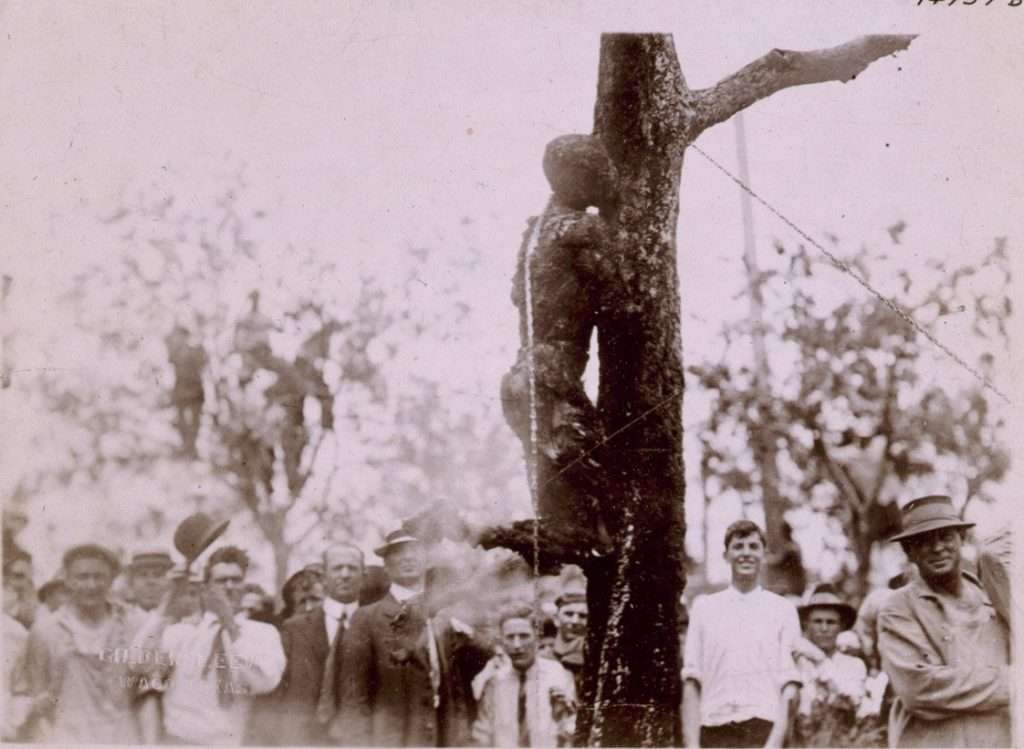 A crowd looks at the charred body of Jesse Washington, an African American man of seventeen or eighteen who was lynched in Waco, Texas, on May 15, 1916. Washington had confessed to raping and beating to death a white woman, Lucy Fryer, and an all-white jury deliberated four minutes before finding him guilty. He was sentenced to death. Before he could be remanded to custody, however, a mob of townspeople grabbed him from the courtroom and took him to the grounds of the city hall. There, before a crowd of as many as 10,000 to 15,000 people, they put a chain around his neck, doused him with flammable liquid, and both hanged and set fire to him. He was, in the words of the scholar Stephanie Morimoto, "taunted, beaten, stabbed, choked, mutilated, and slowly burnt to death, a process witnessed not only by adult spectators but also by children."

The photographer, Fred Gildersleeve, was a native of Kirksville, Missouri, who ran a photography business in Waco. He sold this image on postcards to commemorate Washington's death. The city's mayor may have provided Gildersleeve advance warning of the lynching for a share of the postcard's profits. This would have provided the photographer time to transport his bulky equipment to the scene. The crowd, meanwhile, allowed him space to maneuver and did not appear to be concerned about Gildersleeve creating such a meticulous record of the lynching.