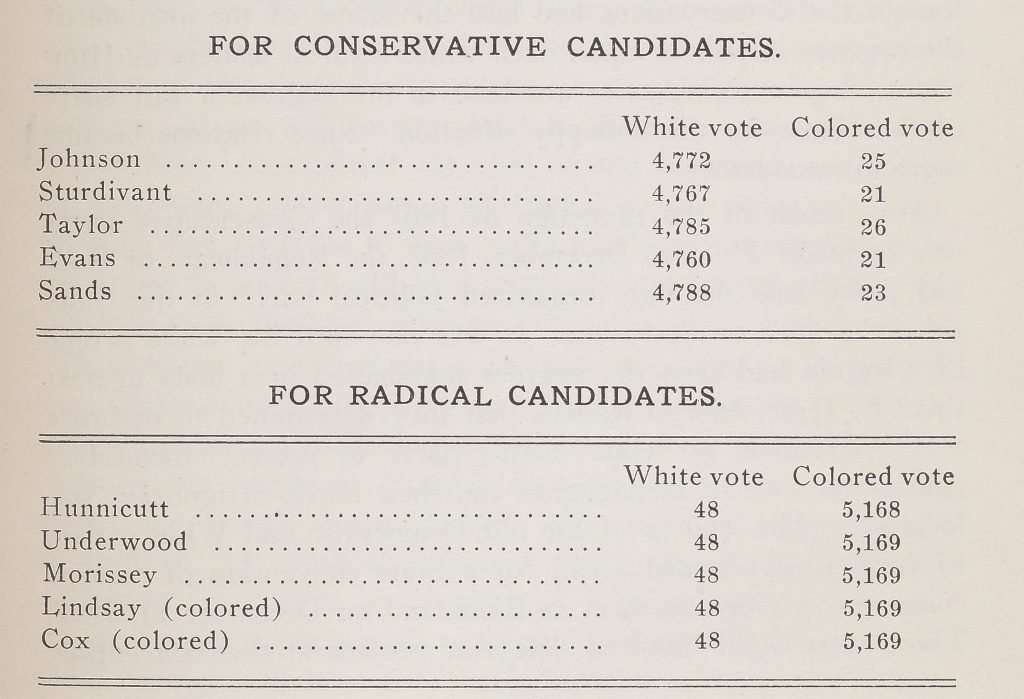 Voting for Richmond Delegates to the Convention of 1867–1868

This chart shows the voting breakdown in Richmond for delegates to the Convention of 1867–1868. The slate of five Republican candidates—two African American Radicals and three white men—won the election by securing almost all of the black vote. Compiled by the Richmond Dispatch on October 30, 1867, the chart was published in Richard Lee Morton's The Negro in Virginia Politics, 1865–1902 (1919). Morton noted that 5,382 white voters were registered, compared to 6,284 black voters, leading to "a contest … between the white race and the black race."