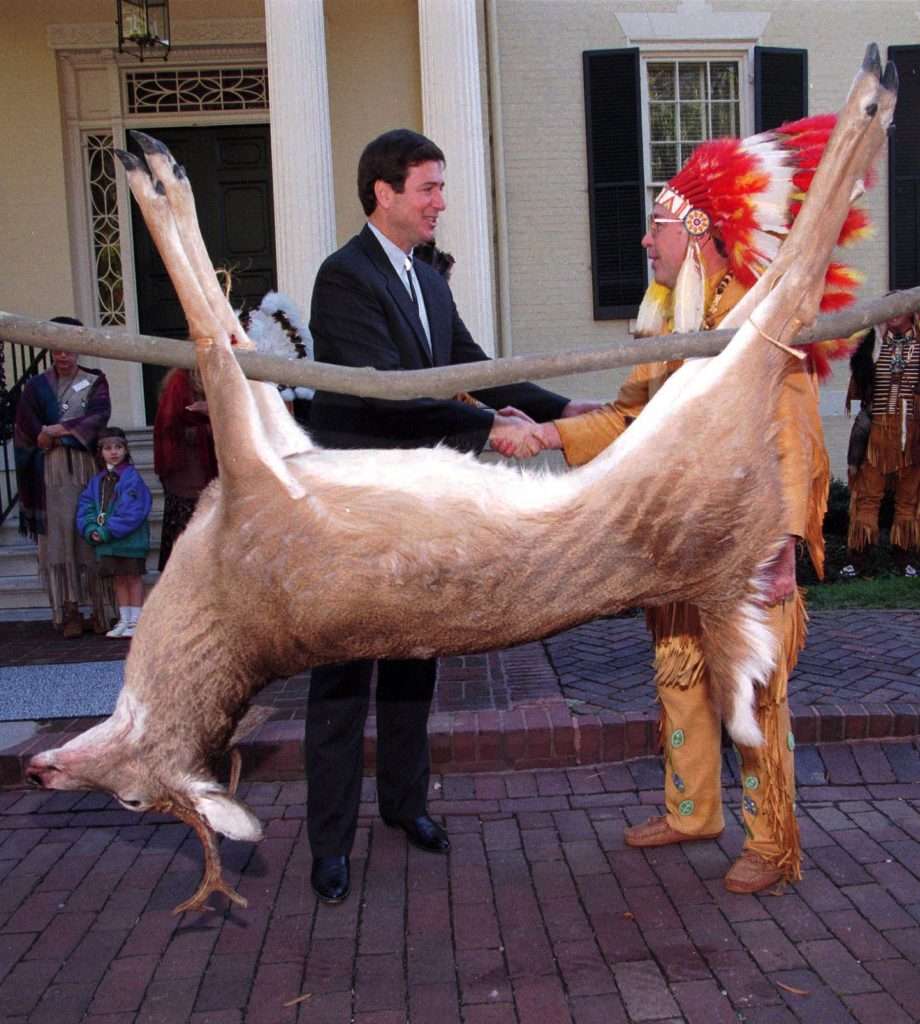 Virginia governor George Allen, standing outside the Executive Mansion in Richmond, accepts a deer from a Pamunkey chief as part of an annual Thanksgiving tribute ceremony. The tribute honors the terms of the treaty ending the Third Anglo-Powhatan War (1644–1646). By that treaty, the Pamunkey, Chickahominy, and Mattaponi tribes received military protection from the English in exchange for loyalty to the Crown. The annual ceremony continues to be observed by the Pamunkey and Mattaponi tribes.

This photograph, by Bob Brown, was taken for the Richmond Times-Dispatch and dated November 22, 1995.