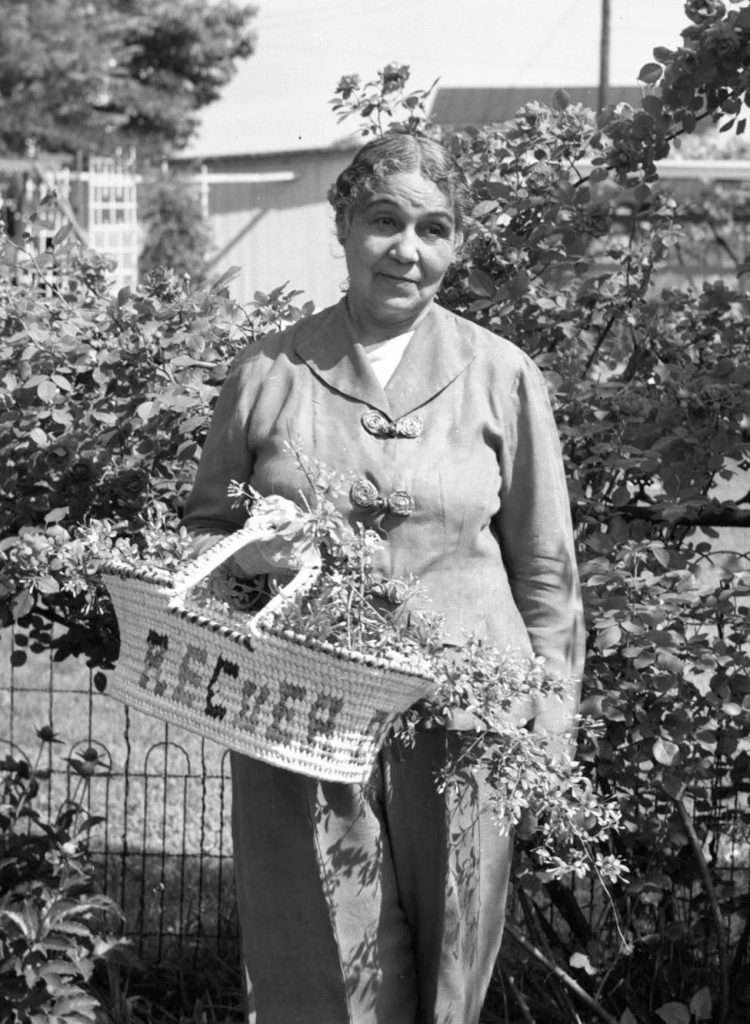 Anne Spencer in Her Garden

Anne Spencer was a poet, a civil rights activist, a teacher, and a librarian. While fewer than thirty of her poems were published in her lifetime, she was an important figure of the black literary movement of the 1920s—the Harlem Renaissance—and only the second African American poet to be included in the Norton Anthology of Modern Poetry (1973). She was also an avid gardener and hosted a salon at her Lynchburg garden cottage, which she called Edankraal, attracting major African American writers and artists.