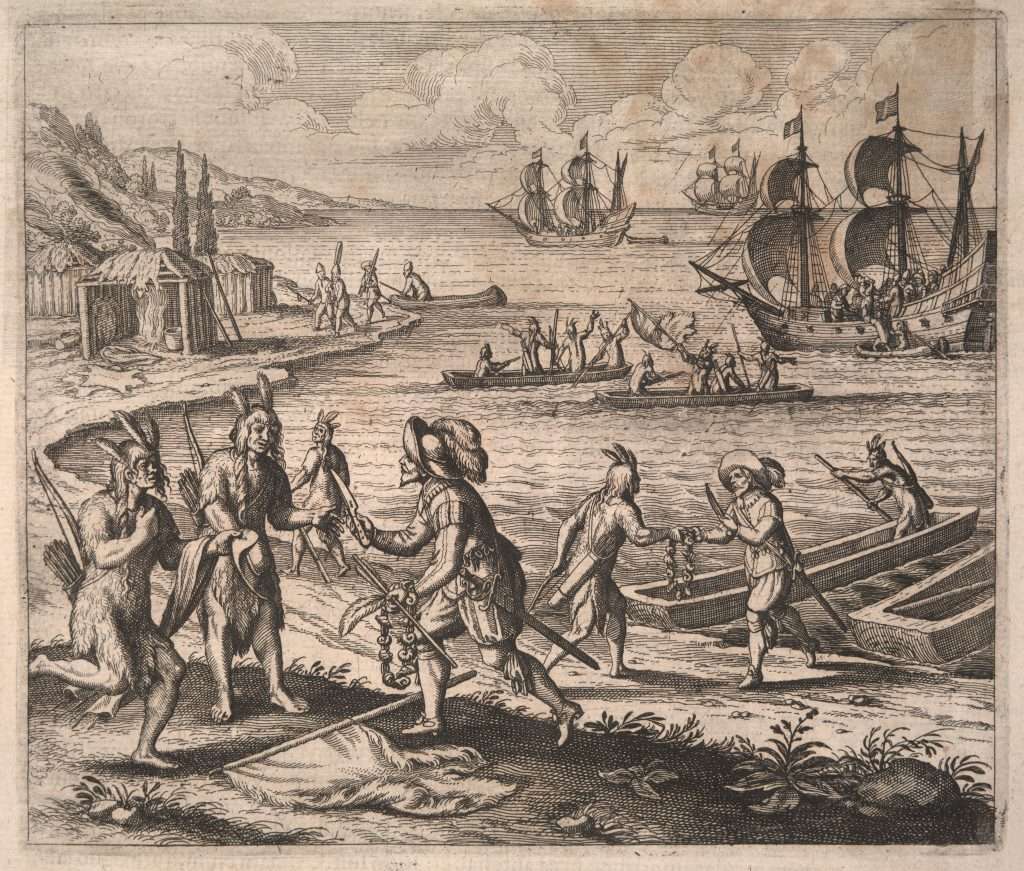 Captain Gosnold Trades with the Indians

Captain Bartholomew Gosnold, in the foreground, comes ashore to trade with Indians during his 1602 colonizing expedition to what is now New England. Gosnold holds a knife in one hand and an arrow, necklace, and feather in the other. This engraving was published in the 1634 single volume (in Latin) that completed the multivolume set Americae, which was illustrated and published over the course of many years by the de Bry family in Frankfurt, Germany. By 1634 the de Bry family business was headed by Matthäus Merian, who had married into the family.