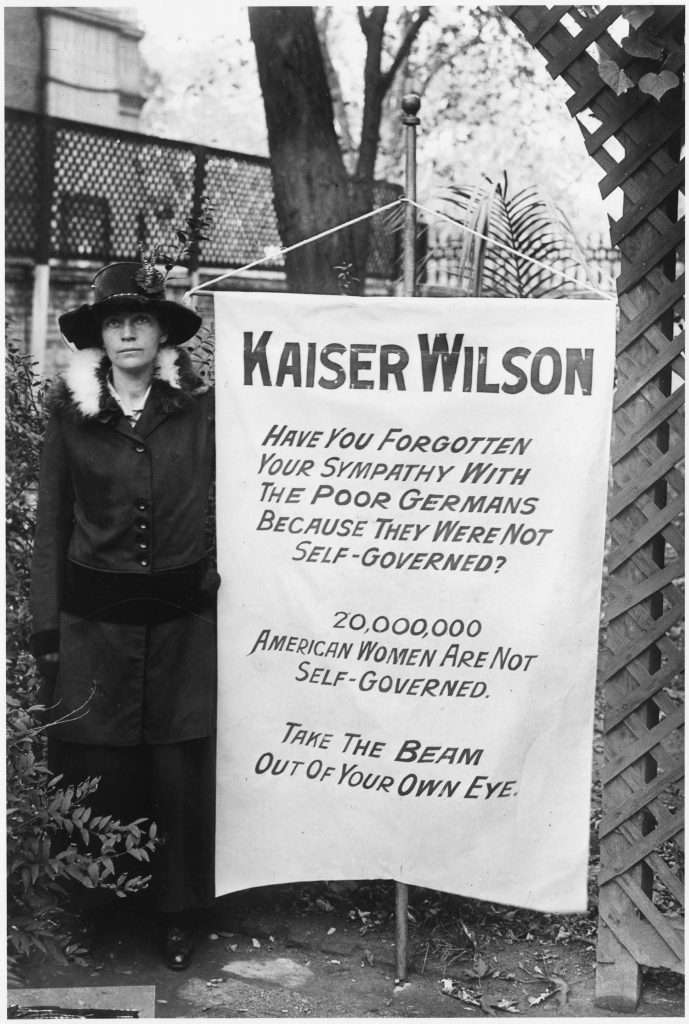 In  August 1917, just months after the United States declared war on Germany, woman suffragist Virginia Arnold holds a poster that equates U.S. president Woodrow Wilson with Kaiser Wilhelm II, the emperor of Germany. The banner compares Wilson's concern for self-governance among the German people with his lack of concern over the fact that twenty million women in the United States were not permitted to vote. Women carrying banners like this one picketed the White House in mid-August 1917 and were attacked by enraged sailors and soldiers.