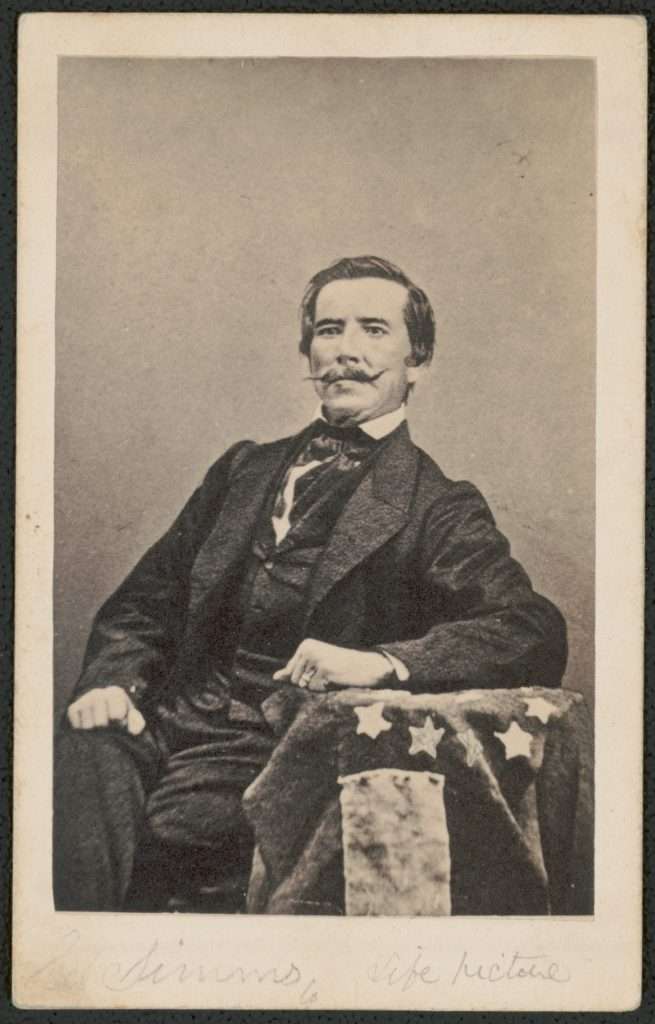 Raphael Semmes, the captain in command of the Alabama, a Confederate commerce raider, leans on a Confederate flag in this photographic portrait made on January 21, 1863, in Kingston, Jamaica. The Alabama had stopped in Jamaica to drop off prisoners captured after a sea battle. In the spring of 1864 Semmes sailed his ship to a dry dock in Cherbourg, France, for necessary repairs. The USS Kearsage arrived in the harbor, a battle ensued, and the CSS Alabama was sunk. Though Semmes was rescued by an English yacht, many of his crew members died or were captured.