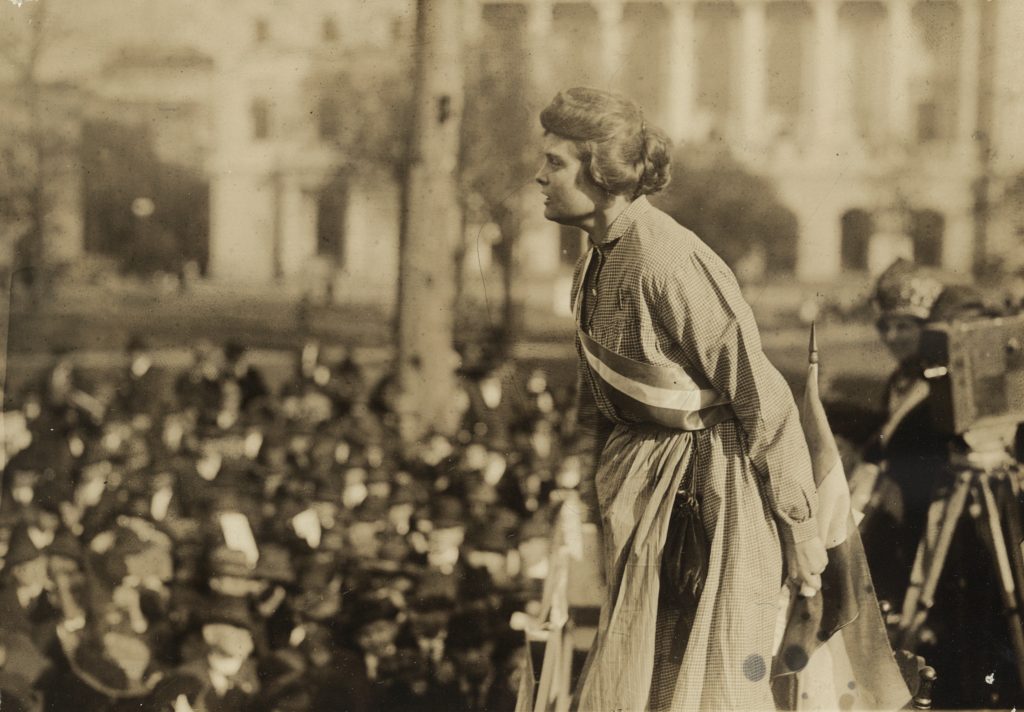 Virginia-born suffragist Lucy Branham addresses an outdoor crowd as part of the National Woman's Party's "Prison Special" tour in 1919. She wears a prison dress, a suffrage sash, and carries a suffrage flag in her left hand. Behind her, a film camera on a tripod records the event. Branham was among the suffragists imprisoned in Occoquan Workhouse in Lorton for peacefully protesting in front of the White House in 1917. This photograph, published in the March 8, 1919, edition of The Suffragist, a newspaper devoted to that cause, is included in the manuscript records of the National Woman's Party at the Library of Congress.