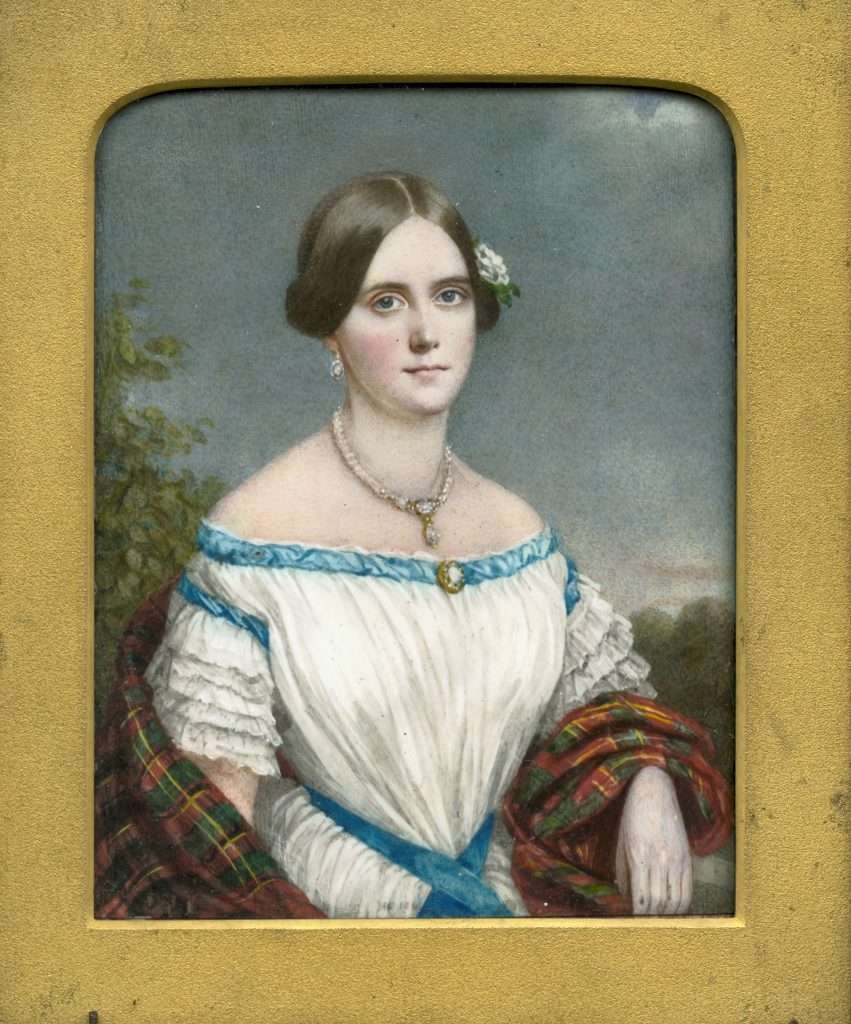 Sarah Alexander Seddon Bruce, the wife of the wealthy Charlotte County planter Charles Bruce, is the subject of this miniature watercolor portrait painted about 1850 by George Lethbridge Saunders. This is one of two portraits—the other image depicts her husband—that were probably displayed in a double frame that is now separated. Sarah Bruce was the sister of James A. Seddon, who served as the Confederate secretary of war. During his career, the English-born Saunders painted a number of wealthy southern planter families, as well as Jefferson Davis, the future president of the Confederacy, and Jubal Early, who went on to beome a Confederate general.