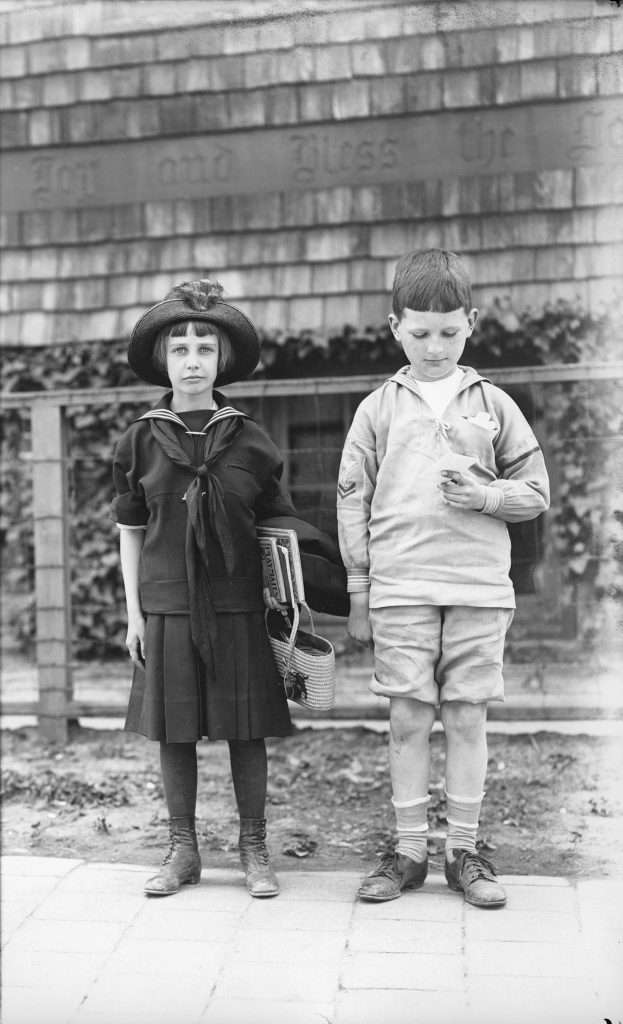 Two schoolchildren pose in front of St. George's School in Norfolk. Virginia entered the twentieth century with a dismal public education system. Like the rest of the South, Virginia devoted little funding or attention to its public schools. Virginia Progressives, including the newly formed Cooperative Education Association (CEA), claimed that the lack of funding and attention threatened to leave the state with an uneducated electorate and impede economic development. Public support, fueled by the work of the CEA, led the Virginia General Assembly to increase state education funding and pass a series of Progressive regulatory reforms. Despite these efforts, by 1920 Virginia was spending only about half the national average on public education.