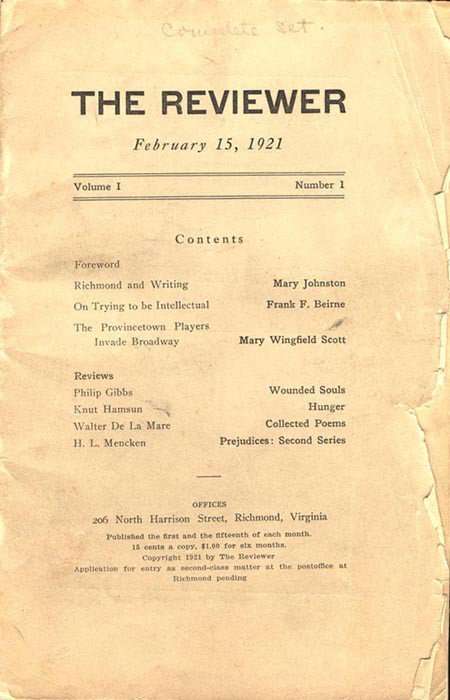 The Reviewer was a Richmond-based experimental literary magazine published from 1921 until 1925 in thirty-five issues that helped spark the Southern Literary Renaissance. With an open editorial policy, it offended some and earned praise from others because the submissions simultaneously invoked the Old South, called for a New South, and addressed controversial social perspectives with work from established and emerging writers. Pictured here is the table of contents page of the first issue (February 15, 1921), listing its price at fifteen cents a copy or one dollar for six months. After six months of biweekly publication, and facing limited funds, the journal opted to become a monthly.