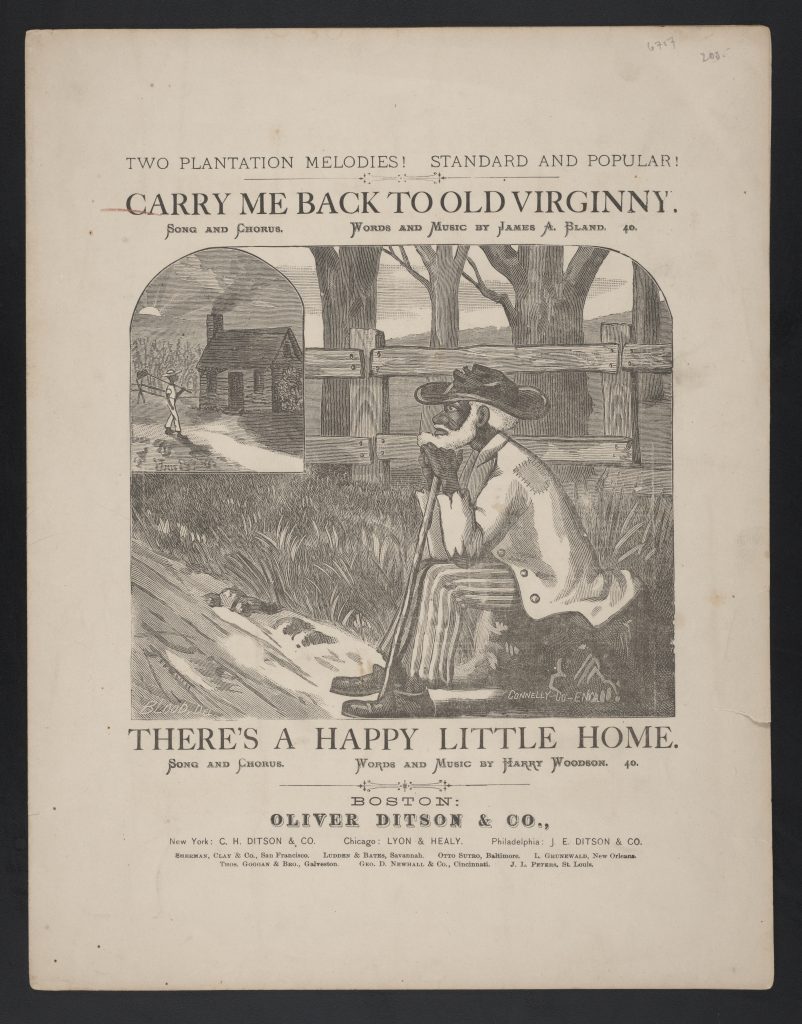 “Carry Me Back to Old Virginny.”

The sheet music cover for "Carry Me Back to Old Virginny," a minstrel song written in 1878 by the Black composer and performer James A. Bland, features a romanticized view of plantation life. In the foreground, an elderly freedman in tattered clothing looks back with nostalgia upon slavery days. He imagines himself at sunrise as a neatly dressed young man leaving a tidy cabin with smoke rising from the chimney and heading off to the fields with a hoe on his shoulder. The bucolic scene bears little resemblance to the cruelty of chattel enslavement. The sentiments in the song, including the use of Black dialect, reflect a Lost Cause view of the defeated post-Civil War South. In 1940, a time when the Lost Cause ideology was being widely promoted, this minstrel song was adopted as the official state song of Virginia. Renamed "Carry Me Back to Old Virginia," the song served in that role from 1940 to 1997.

Citation: "Carry Me Back to Old Virginny: Song and Chorus." M1658 .V8 B5 1878. Special Collections, University of Virginia, Charlottesville, VA