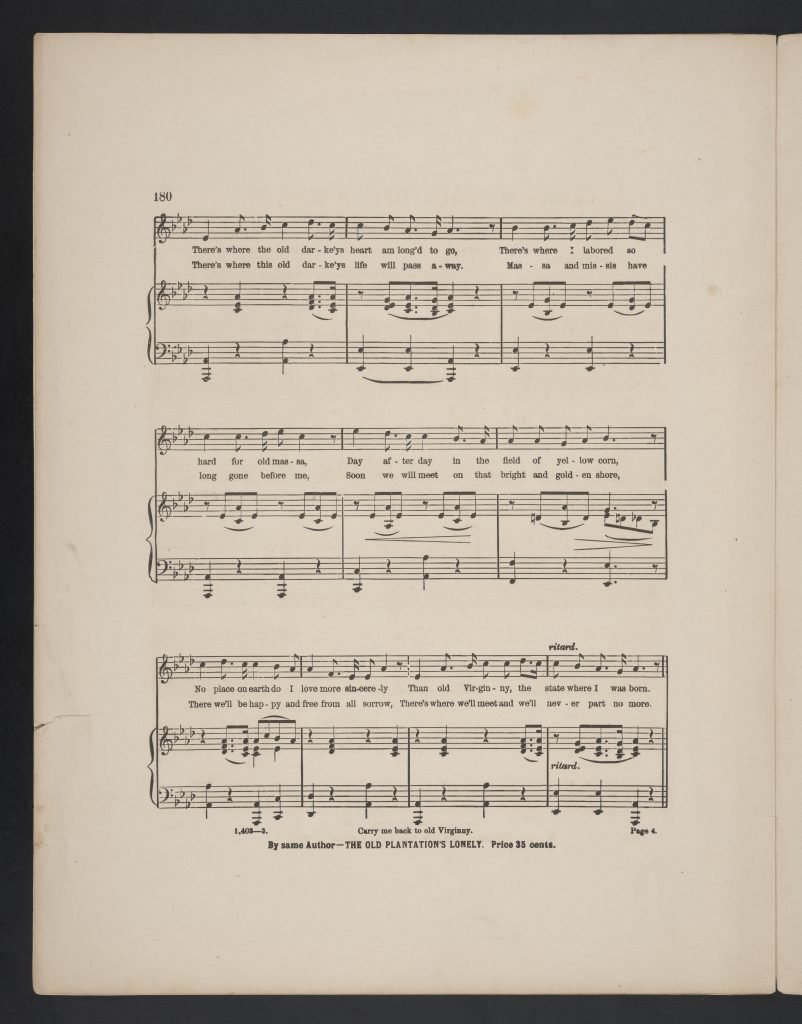 This is the second page of the sheet music for "Carry Me Back to Old Virginny," an 1878 song written by James A. Bland, a famous Black minstrel performer. The song's lyrics are written from the perspective of a freedman who looks back nostalgically on the old plantation days when he was enslaved. From 1940 until 1997 this served as the official state song, though some of the lyrics on this page were changed between 1994 and 1997 in an attempt to make the song less offensive. The line "There's where the old darke'ys [sic] heart am long'd to go" was changed to "There's where this old dreamer's heart longs to go." The following line was also changed from "There's where I labored so hard for old massa" to "There's where I labored so hard for my loved ones."
Citation: Carry me back to old Virginny: Song and Chorus. M1658 .V8 B5 1878. Special Collections, University of Virginia, Charlottesville, VA.
FEATURED IN