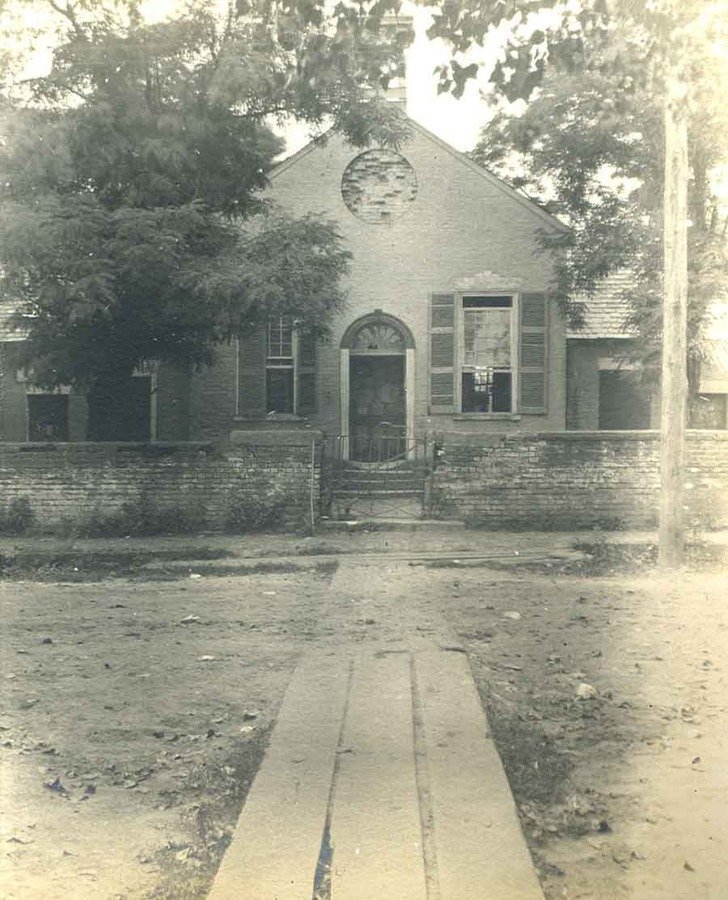 This county courthouse building dates to 1818 and was located in the town of Louisa Court House, now known as Louisa. (In Virginia, towns that served as county seats often had "Court House" appended to their names.) During the Civil War, federal troops raided the courthouse and stole some of the records. This courthouse was replaced by a Classical Revival-style building that was completed in 1905, a few years after this photograph was taken.