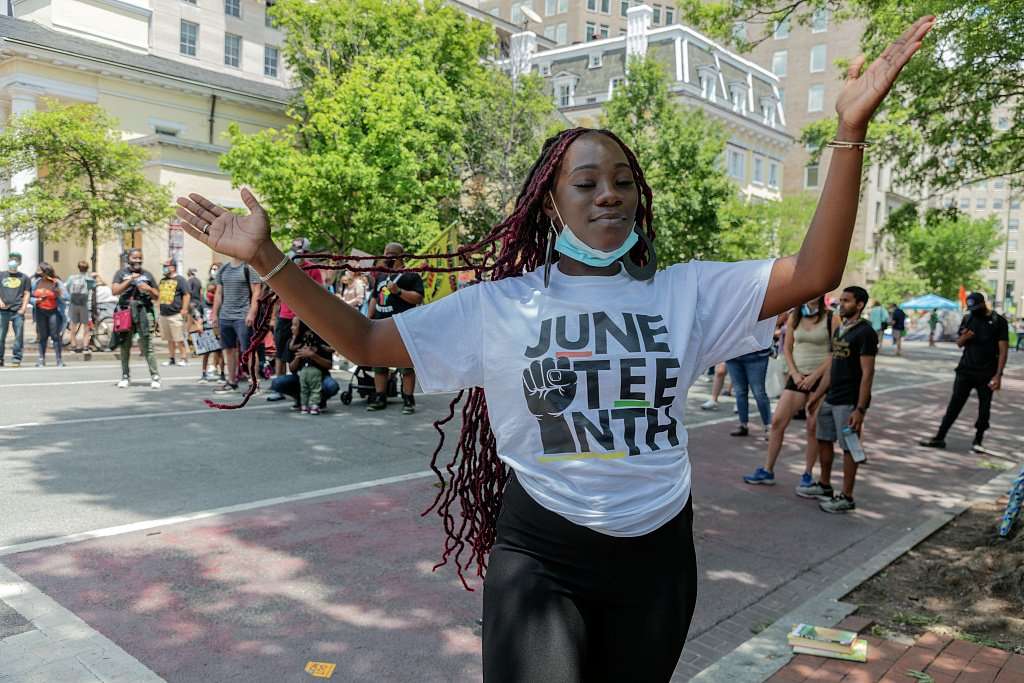 On June 19, 2020, an unidentified woman celebrates Juneteenth on Black Lives Matter Plaza in front of the White House. Juneteenth, also known as Emancipation Day or Freedom Day, is the holiday that commemorates the end of legal slavery in the United States. That moment occurred on June 19, 1865, when the Black people of Galveston, Texas, officially learned they were free. Though the Emancipation Proclamation had freed the enslaved on January 1, 1863, Texas did not enforce that edict until after the Civil War ended.