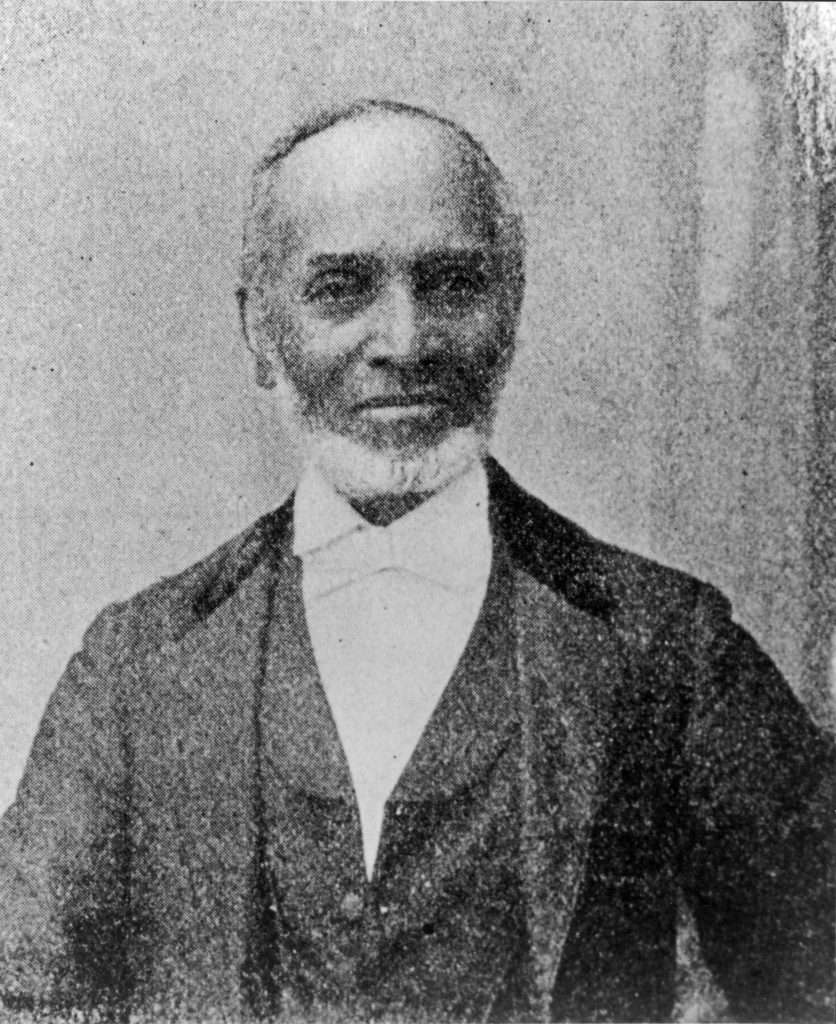 The Reverend Peter Fossett, pastor of the First Baptist Church in Cumminsville, Ohio, and a prominent caterer in Cincinnati, is the subject of this photographic portrait. Born enslaved at Thomas Jefferson's plantation, Monticello, Fossett was the son of Edith Hern Fossett, the enslaved head cook, and Joseph Fossett, an enslaved blacksmith on the plantation. In 1827, a year after Jefferson's death, eleven-year-old Peter was sold from an auction block at Monticello to help cover the former president's debts. In 1850 Fossett was purchased and set free, and he joined his family in Ohio. This photograph appeared in Wendell P. Dabney's Cincinnati's Colored Citizens (1926).