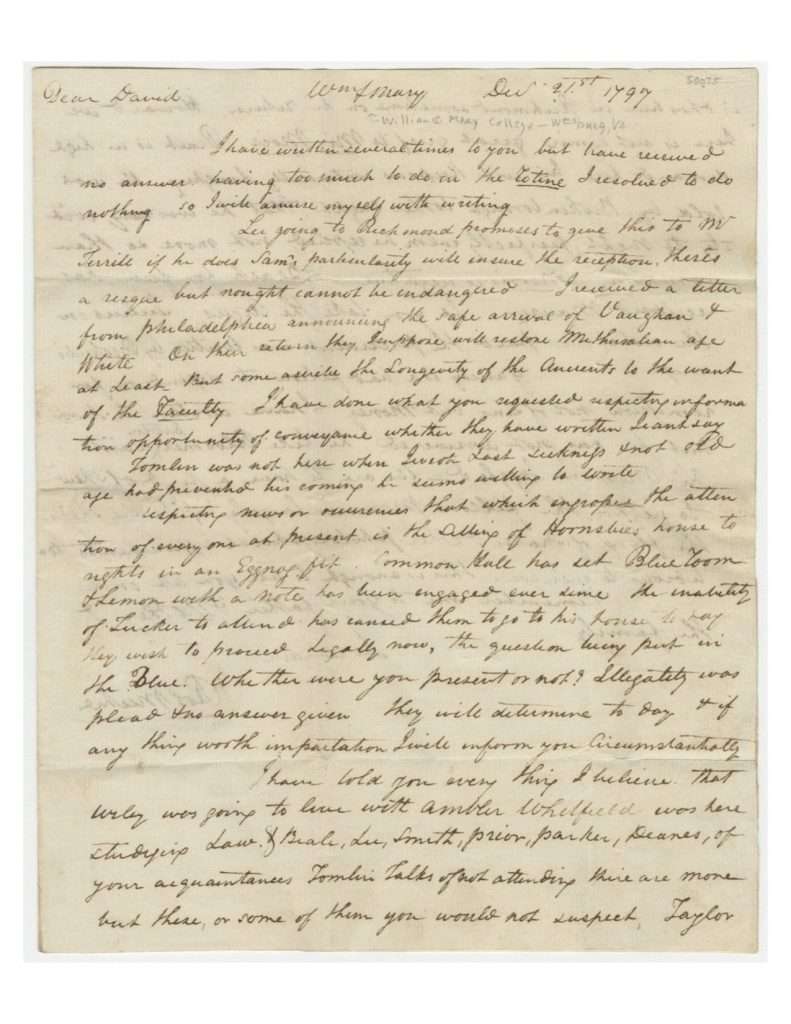 I have written several times to you but have received no answer, having too much to do in the Rotine I resolved to do nothing so I will amuse myself with writing.

Lee going to Richmond, promises to give this to Mr. Ferrill if he does Sam’s particularity will insure the reception, theres a risque but nought cannot be endangered. I received a letter from Philadelphia announcing the safe arrival of Vaughan & White. On their return they I suppose will restore Methusalian age at least. But some ascribe the longevity of the ancients to the want of the Faculty. I have done what you requested respecting information opportunity of conveyance whether they have written I can’t say.

Tomlin was not here when I wrote last sickness and not old age have prevented his coming he seems willing to write.

Respecting news or occurences that which engrosses the attention of every one at present is the setting of Hornsbie’s House to rights in an Eggnog fit. Common Hall has set Blue Room and Lemon with a note has been engaged ever since the inability of Tucker to attend has caused them to go to his house to say they wish to proceed legally now, the question being put in the Blue. Whether were you present or not? Illegality was plead and no answer given. They will determine to day and if any thing worth impartation I will inform you circumstantially. 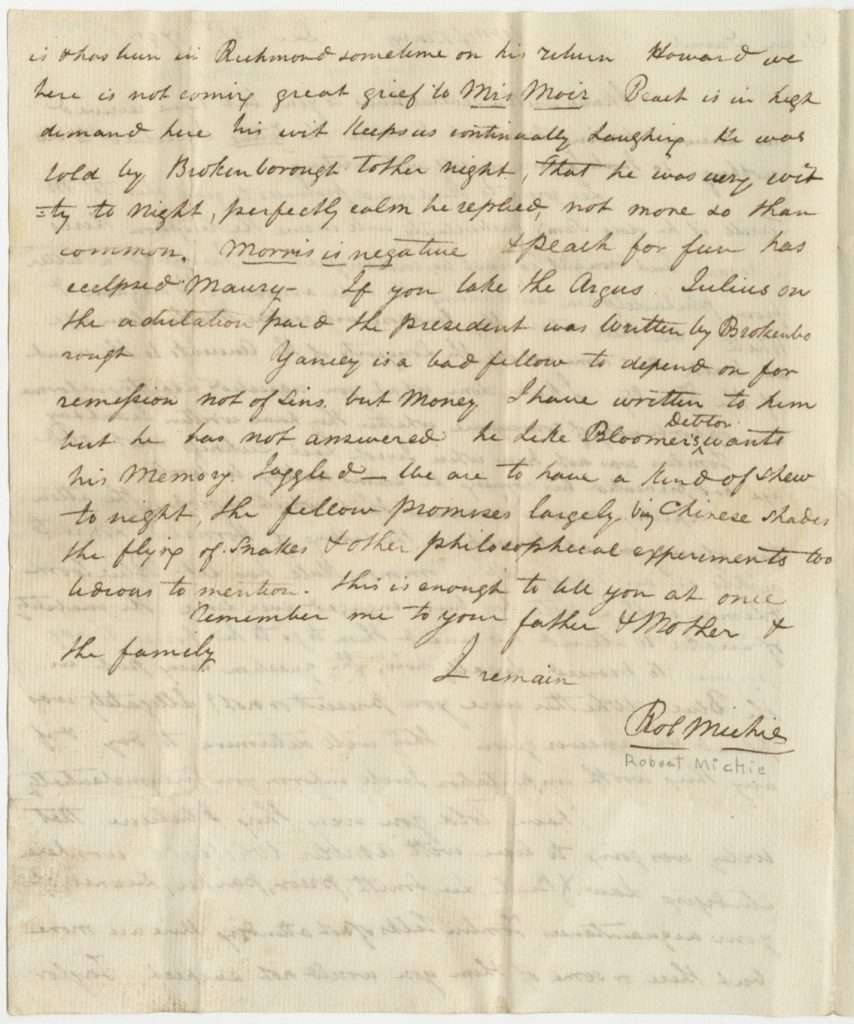 I have told you every thing I believe that Wiley was going to live with Ambler. Whitfield was here studying law and Beale, Lee, Smith, Prior, Parker, Deanes, of your aquaintances Tomlin talks of not attending there are none but these, or some of them you would not suspect. Taylor is and has been in Richmond sometime on his return. Howard we hear is not coming great grief to Mrs. Moir. Benet is in high demand here his wit keeps us continually laughing. He was told by Brokenborough tother night, that he was very witty to night, perfectly calm he replied, not more so than common. Morris is negative. Speech for fun has eclipsed Maury. If you take the Argus Julius on the Adulation paid the president was written by Brokenborough

Yancey is a bad fellow to depend on for remission not of sins but money. I have written to him but he has not answered. He like Bloomer’s Debtor wants his memory juggled. We are to have a kind of shew tonight, the fellow promises largely viz. Chinese shades the flying of snakes and other philosophical experiments too hideous to mention. This is enough to tell you at once.

Remember me to your father and mother and the family.