The seeds for the Hampton Roads Conference were sown by New York Tribune editor Horace Greeley and Major General Francis P. Blair Sr., who concocted a scheme wherein the latter would propose to Lincoln a conference with Confederate president Jefferson Davis. Lincoln agreed and authorized Blair to travel to Richmond. After meeting with Davis on January 12, 1865, Blair returned to Washington with a note for Lincoln proposing a meeting of commissioners from each side to discuss the possibility of “secur[ing] peace to the two countries.” Although Lincoln badly desired peace, he abhorred any suggestion of acknowledging the Confederacy as a separate country; thus, he sent Blair back to Richmond with a message that he would meet with commissioners selected by Davis “with the view to securing peace to the people of our one common country.”

After Davis counter-proposed a meeting between generals Ulysses S. Grant and Robert E. Lee and Lincoln rejected it, the Confederate president called Stephens, Hunter, and Campbell to a meeting on January 28 in which he advised them of his intention to send them through the lines to meet with Lincoln. Davis made it clear, however, that they were not to agree to anything with Lincoln “that involved reconstruction of the Federal Union.” The three commissioners then proceeded through the lines to Grant’s headquarters at City Point, Virginia, and from there to Hampton Roads. 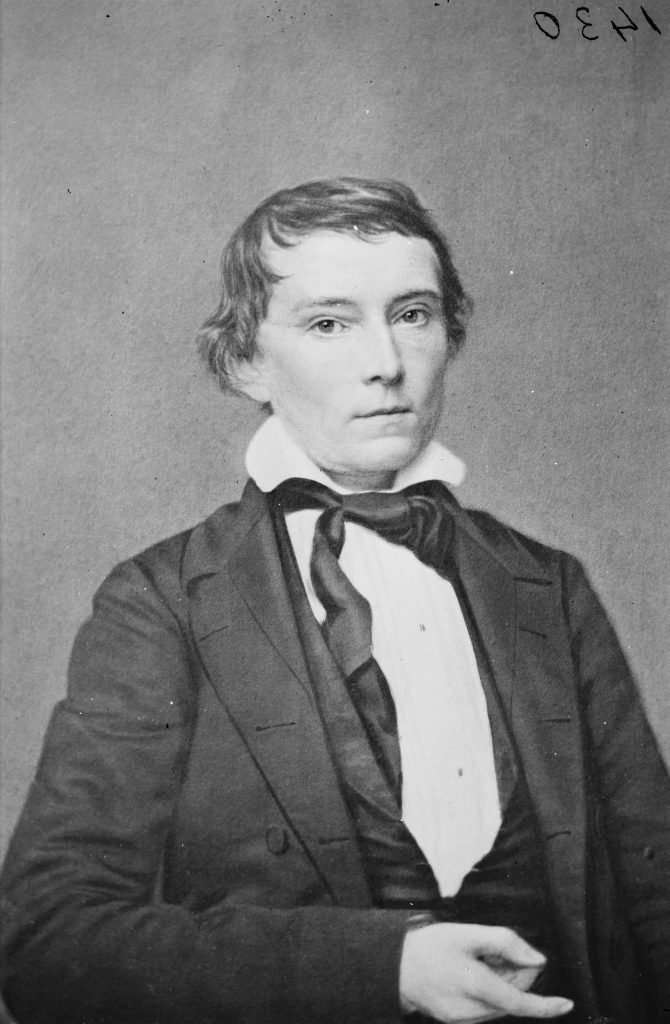 Lincoln was glad to see Stephens, with whom he had developed a good relationship in the course of their mutual efforts on behalf of the Whig Party before the war, and the two opened the meeting on February 3 by warmly reminiscing together. Stephens then raised the possibility of negotiating an armistice between the two combatants but was told by Lincoln that none could be considered without the South first accepting restoration of the Union. Nor, he added, would he discuss a scheme, hatched by Blair, for a combined military mission against Mexico.

How would slavery figure into a reunification plan? Lincoln remarked that he wished the Southern states would take the lead in abolishing slavery, that he was open to compensating slaveowners for their losses, and that he considered the Emancipation Proclamation a wartime measure whose applicability might end the hostilities, depending on what the courts might say. Seward went so far as to suggest the recently adopted Thirteenth Amendment to the U.S. Constitution abolishing slavery might be withdrawn once peace had been established.

At the same time, both Lincoln and Seward made it clear that there would be no peace until the Southern states laid down their arms and accepted all of the actions the U.S. government had taken in the course of the war in regard to emancipation and confiscation of Southern property. They insisted, however, that they were not demanding unconditional surrender and made a concerted effort to assuage concerns expressed by their guests that their people’s constitutional rights might not be secure once they were back in the Union.

Despite the inclination toward leniency expressed by Lincoln and Seward, their insistence that the Confederacy surrender its independence was unacceptable to the Southern commissioners. Efforts to persuade Lincoln to accept anything short of unconditional restoration of the Union and the end of slavery were likewise futile. Thus, after four hours of discussions, the Confederate commissioners departed, with the Hampton Roads Conference having only confirmed the fact that, as long as Lincoln was in command, the Civil War would not and could not end without the complete and total defeat of the Confederacy.

RELATED CONTENT
Categories:
Related SOLs:
MAP
TIMELINE
January 12, 1865
Major General Francis P. Blair Sr., having proposed to President Abraham Lincoln a meeting with Confederate president Jefferson Davis, returns to Washington with a note for Lincoln proposing a meeting of commissioners from each side to attempt to secure peace.
January 28, 1865
Confederate president Jefferson Davis informs Confederate vice president Alexander H. Stephens, Assistant Secretary of War John A. Campbell, and Senator Robert M. T. Hunter of Virginia that they will be sent to the Hampton Roads Conference to negotiate potential peace with Union representatives.
February 3, 1865
Aboard the River Queen, anchored near Fort Monroe, President Abraham Lincoln and secretary of state William Seward meet with Confederate representatives to discuss the possibility of peace. The only agreement the parties reach in the Hampton Roads Peace Conference is to continue the war.
FURTHER READING
CITE THIS ENTRY