Ferguson was born free and of mixed-race ancestry in February 1810, probably in Richmond. His parents’ names are not recorded. Ferguson learned the barbering trade, probably by beginning as a porter boy, whose duties usually included shining shoes and making lather. On April 7, 1831, in Henrico County, he married Harriet F. Crump, a free woman of color. Both had learned to read and write and signed their names on legal documents. They resided in Richmond’s Jefferson Ward and had three sons and three daughters before her death on January 9, 1854.

Early in the 1850s Ferguson was one of more than a dozen free black barbers working in Richmond, a profession that placed him among the elite of free black society in the city. He owned three slaves by the time he reached age twenty-two, and throughout his life he held several slaves who worked probably in his barbershop or as domestics. In addition to shaving clients and cutting and dressing hair, antebellum barbers performed simple medical procedures, including the bloodletting techniques of cupping and leeching. Ferguson’s barbershop, which included a three-story brick dwelling insured in 1851 for $4,200, was located near the Exchange Hotel on Franklin Street. His clientele likely consisted of prosperous white businessmen, which placed him in a position to foster business relationships with prominent whites. 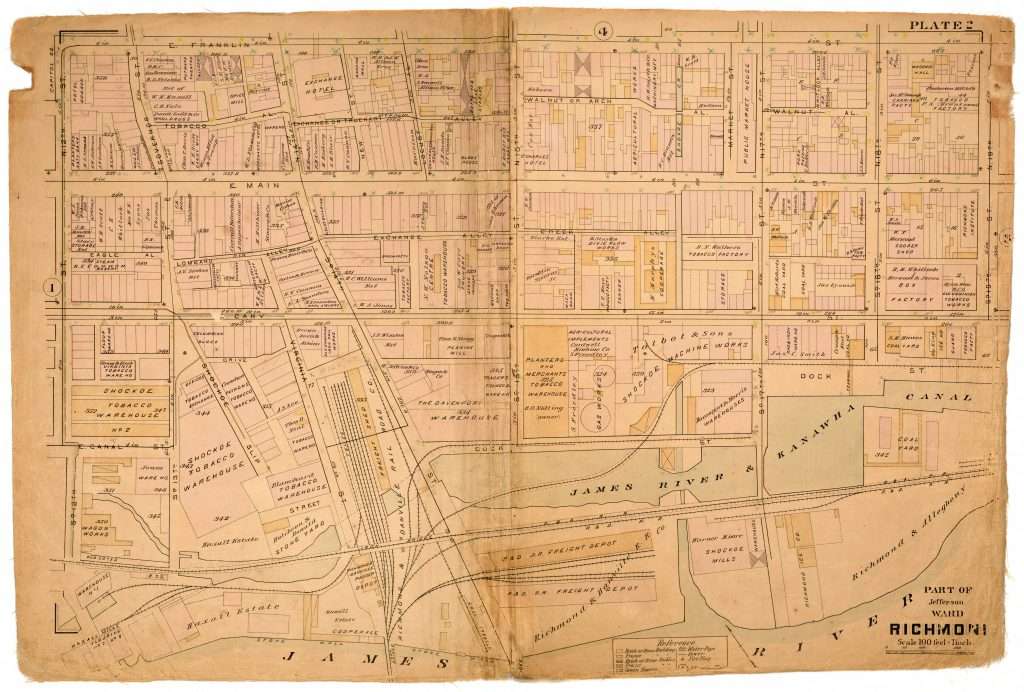 In March 1844 Ferguson made the first of a series of investments in real estate by paying $500 for a half-acre lot, including buildings, in Jefferson Ward. Nine months later he split the lot and sold a 70-by-100-foot parcel for $1,208. In 1850 Ferguson bought for $300 a lot in Rocketts from John Dove, a white physician and leader of the Freemasons, and another man. Four years later he joined Thomas Walker Doswell, the city sheriff, in buying a lot on Main Street. The ability to purchase property indicates that Ferguson had access to credit and that white businessmen held him in esteem. During his life Ferguson conducted more than twenty real estate transactions in Henrico County and Richmond, including acting as a trustee and guarantor in several land deals. By 1859 he owned a dozen properties valued at almost $6,300.

Ferguson challenged his legal status as a free person of color on the basis of an act the General Assembly had passed in 1833. This law provided that a court, when presented with satisfactory evidence, could grant a certificate that would lift from free blacks and mulattoes certain legal disqualifications, which lawmakers purposefully left vague. On July 11, 1853, Ferguson petitioned the Richmond Hustings Court for such a certificate. He argued that because he, his wife, and their children each was less than one-quarter black, as defined by a state law passed in 1785, their legal disqualifications should be removed. The court agreed and recorded “that they are not negros.”

Reflecting the ambiguity of the statute, however, the family’s new status proved uncertain when legally tested. During a confrontation late in December 1854 Ferguson stabbed a man. When he came before the Henrico County Court on January 2, 1855, the commonwealth’s attorney declined to prosecute him in favor of action by a court of oyer and terminer, which had jurisdiction in cases involving African Americans. The justice before whom Ferguson appeared quickly acquitted him of the charge because of his good character and because the stabbing seemed to have been accidental. Ferguson’s eldest son proved less fortunate. On August 20, 1858, William Ferguson was arraigned in the mayor’s court for violently assaulting a free black man. The case hinged on the testimony of the victim and two free black witnesses, none of whom could testify against William Ferguson because of the court certificate his father had obtained. Mayor Joseph Mayo argued that the assembly had not intended to define certificate-holders as white, nor had it meant to establish a third class of people who were neither black nor white. He dismissed William Ferguson’s immunity on the grounds that the certificates freed their holders only from such regulations as being sold for tax purposes, carrying registers, and being prohibited from returning to Virginia after visiting a free state. The hustings court consequently convicted and fined William Ferguson in December. Despite Mayo’s decision, Ferguson’s children identified themselves as white in the 1860 census.

Ferguson died at his residence on June 8, 1859. He was buried in the Henrico County cemetery owned by the Burying Ground Society of the Free People of Color of the City of Richmond, of which he had served as an officer. The cemetery, later renamed Cedarwood Cemetery, became one of the Barton Heights cemeteries in Richmond. As Ferguson had directed, the white lawyer who had represented his son the previous year became executor of his will. By 1860 Ferguson’s family had moved in with his eldest daughter, who had married a white artisan.