Born in Halifax County, Virginia, on March 23, 1898, Thomas Murrell Edmunds was the son of John Richard and Willie Thurman Murrell Edmunds. He graduated from Lynchburg High School (now E. C. Glass High School) and earned his undergraduate degree from the University of Virginia in 1917. After serving in the United States Army during World War I (1914–1918), he returned to Charlottesville to study law. He served on the editorial board of the prestigious Virginia Law Review and was admitted to the Virginia bar in 1921.

As if uncertain of his choice of a career, Edmunds taught English and coached basketball and football at Episcopal High School in Alexandria for a year. He began his law practice in 1922, clerking in the circuit courts and earning an appointment as an assistant commonwealth’s attorney. He possessed everything a Virginian could desire—impeccable ancestry, degrees from the University of Virginia, powerful friends, and a potential place in the political structure. His future was assured, but in 1926 Edmunds abandoned it all for an uncertain career as a writer. 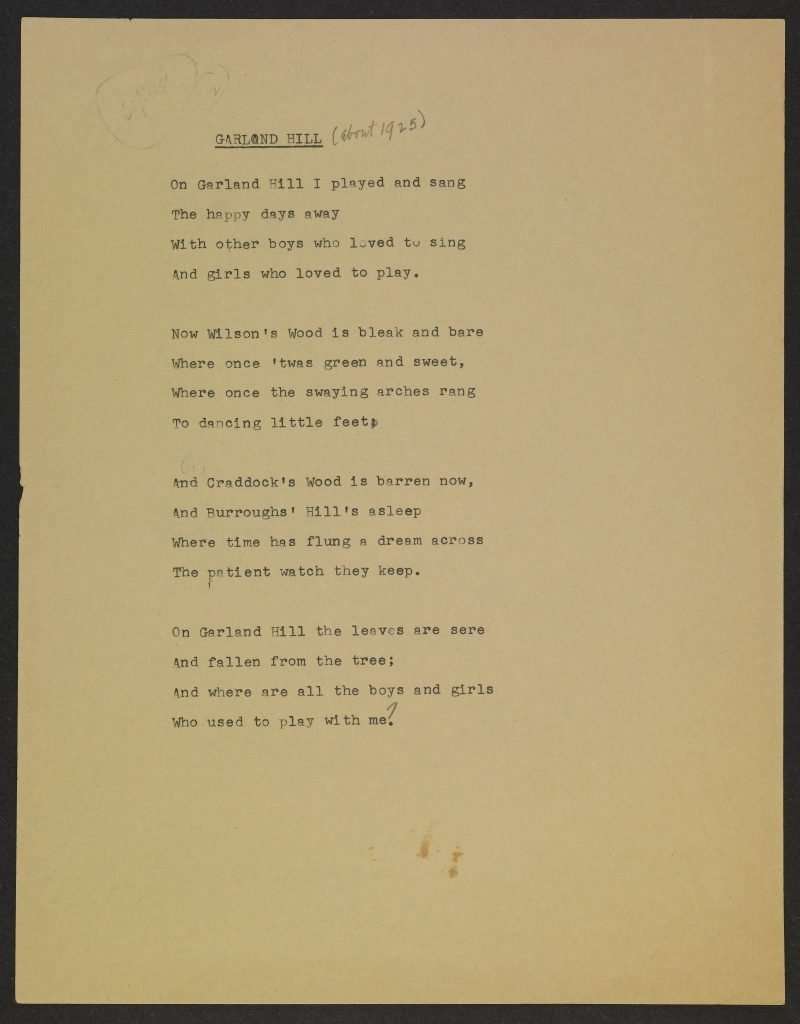 In 1923 he published Poems, a short collection of his verses, but poetry was not the only literary form in which he would excel. During his writing career, which spanned almost sixty years, Edmunds won acclaim for his work in poetry, short fiction, novels, and drama. While his style might be described as conventional and at times old-fashioned, the subjects that he tackled were contemporary and controversial, thus making the body of his work all the more powerful. Beneath the surface of the familiar lay an unrequited bitterness and rage that is both disturbing and liberating. He became a strident voice on behalf of African Americans struck down by the Jim Crow laws of the early twentieth century, authored in part by Carter Glass, a Lynchburg native, United States secretary of the treasury (1918–1920), and a Democratic member of the U.S. Senate (1920–1946). Although he kept his ties with family and friends until the end of his life, Edmunds soon realized his opinions on race, equality, and injustice were not well received in Lynchburg. He chose instead to live in New Orleans, where radical notions on all subjects were tolerated, even welcomed among those members of the “Lost Generation” who preferred the Mississippi to the Seine.

His first novel, The Music-Makers, appeared in 1927, followed by a steady stream of other works, each with that biting irony that became his hallmark. Perhaps his finest effort was Moon of My Delight: A Play in Three Acts. Published in 1960, it dealt honestly with the hypocrisy and potential for tragedy that characterized race relations in the post–Civil War South. A collection of his poems, entitled Dim Footprints Along a Hazardous Trail, appeared in 1971. It was his valedictory.

Edmunds died in New Orleans on August 15, 1981. He was buried with his family in Lynchburg’s Presbyterian Cemetery, his graveside service receiving only the briefest of notices in the Lynchburg News. The bulk of his papers, including his unfinished manuscripts, are in the Murrell Edmunds Collection at the University of Virginia.