Batte was probably born somewhere in Prince George County sometime during the 1780s. His name first appears in the 1809 tax list of that county along with “Milly’s children,” the residuary legatees of an unmarried white farmer, Robert Batte, who died in 1807. Milly was an unmarried African American woman, and it is possible that Archibald Batte was the son of Milly and of Robert Batte. It is also possible that he was born into slavery and gained his freedom under the provisions of Robert Batte’s will. Archibald Batte acquired Robert Batte’s fifty-acre farm in Prince George County and also six slaves who had probably belonged to Robert Batte. 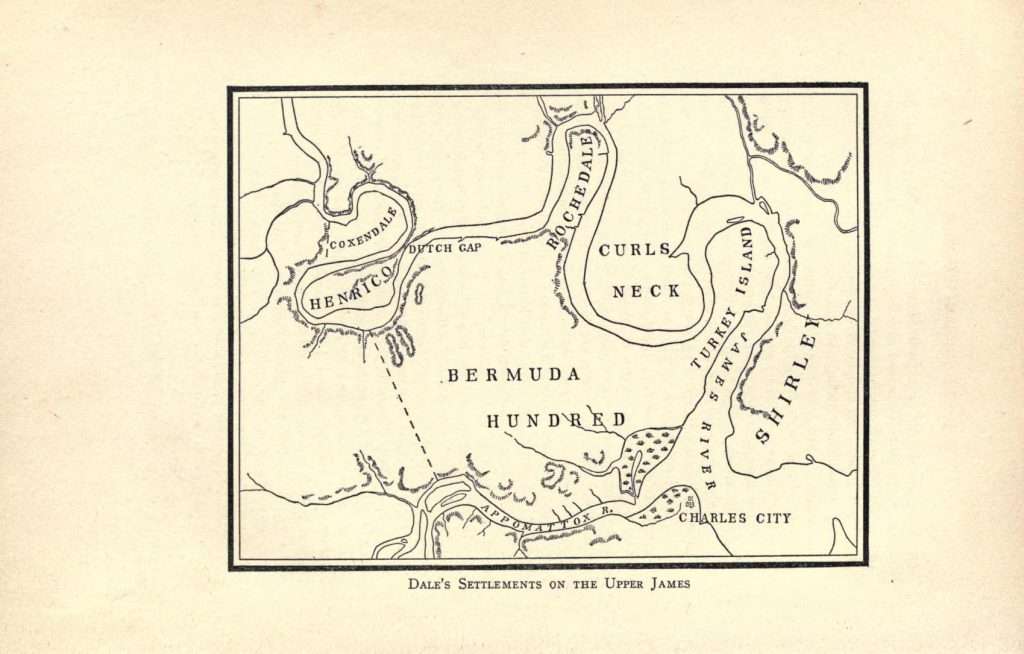 Early Settlements along the James River

Archibald Batte married Nancy Jenkins, of Bermuda Hundred in Chesterfield County, on March 2, 1815. The marriage bond identified them both as free persons of color and bore Batte’s signature. They had one son born about 1817 or 1818. In the latter year Batte paid $300 for a half-acre lot in the town of Bermuda Hundred, where for the remainder of his life he operated a grocery store in a building near his house. He was not unique in being an African American slave owner, but he paid taxes on six slaves and named thirteen slaves when he wrote his will in 1830, which was far more slaves than any of the dozen or so other African American slaveholders in Chesterfield County owned at that time, and none of Batte’s slaves appears to have been a near relation, which was also unusual among black slave owners in Virginia. Some of Batte’s slaves probably worked in his store and others may have worked on his farm. The labor of his slaves helped make Batte almost the only economically independent African American of his time in Chesterfield County. Although he was never wealthy, he owned silverware, mahogany furniture, and china.

In 1818 Batte sued a white man for breaking into his property. Batte lost the suit, but his ability to bring a case and have it seriously considered in court was evidence of how much to his benefit his respectable property ownership was. Nonetheless, as a man of mixed-race ancestry he never enjoyed all the status of a white man of similar achievement. For example, as a “free person of color,” in 1822 he had to obtain formal certification from the county court of his “good character,” a requirement imposed on no white man, with or without property.

Batte dated his will on February 15, 1830, and died before April 12, 1830, when the will was proved in court. Nancy Jenkins Batte died less than a year later, and not long thereafter their son moved to Pennsylvania, where he began a new life and passed for a white man, clear evidence of the family’s consciousness of the barriers to advancement in the Virginia of the 1830s that no black person, however light skinned and financially successful, could surmount.