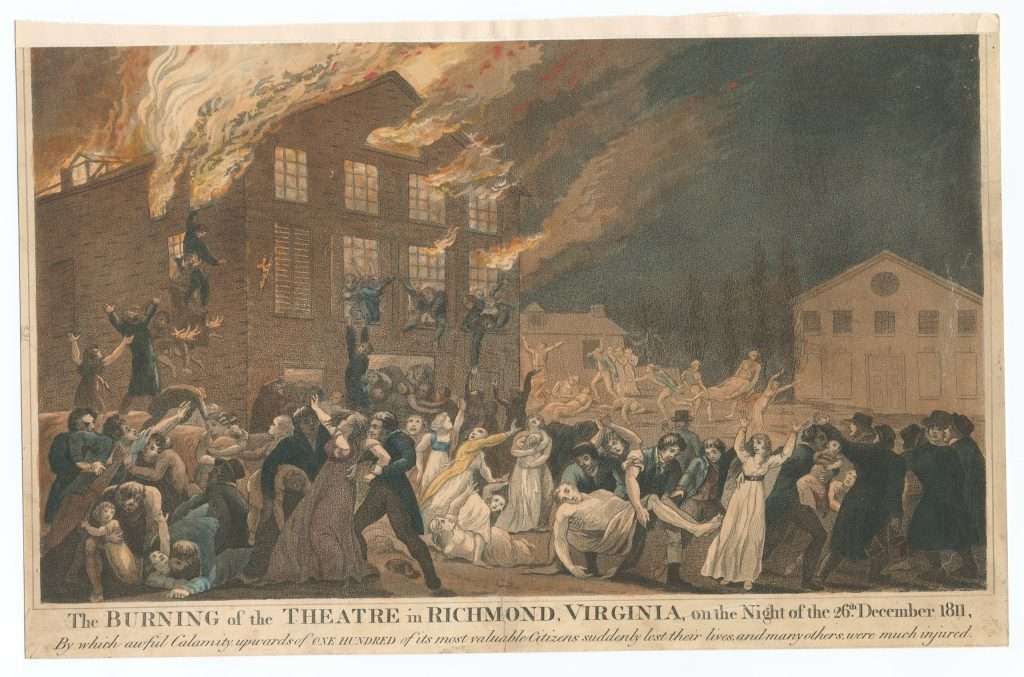 Barret was born on November 29, 1786, in Richmond, the fifth of six sons and seventh of eight children of John Barret and Mary Strachan Barret, and lived in the city all his life. His father was a native of Louisa County who became a Richmond merchant during the 1780s and served as mayor in 1791–1792 and again in 1793–1794. Family tradition relates that William Barret became ill while attending the Richmond Theatre with friends on the evening of December 26, 1811, and went home. Shortly thereafter the theater caught fire and seventy-two people died, including several of his friends.

As a young man Barret joined the Richmond Light Infantry Blues, a prestigious militia company. He and his comrades marched to Portsmouth amid rising tensions after the British warship Leopard attacked the American frigate Chesapeake in 1807, but they saw no action. During the War of 1812 the unit mustered several times in anticipation of British attacks but never engaged in hostilities. Barret rose from private to orderly sergeant during the company’s diligent but relatively uneventful service.

Barret’s long business career probably began in the family mercantile house and included participation in the 1810s in the tobacco dealership of Higginbotham, Barret, and Company. Sometime during the next decade he opened one of the first large factories in Richmond to manufacture chewing tobacco and quickly amassed what a contemporary called a very large fortune. In 1844 he purchased the sizable brick factory and offices he had rented at Fourteenth and Cary streets as well as an extensive brick tobacco factory on Main Street between Twenty-Third and Twenty-Fourth streets. By 1850 his workforce of approximately 100 slaves (about half of whom were probably his own, with the remainder hired from other owners) annually produced 400,000 pounds of chewing tobacco that he sold for about $100,000. By this time one of Barret’s slaves had gained considerable notoriety. In 1849 tobacco worker Henry Box Brown escaped to Philadelphia in a box shipped from Richmond and became a well-known abolitionist author and speaker. 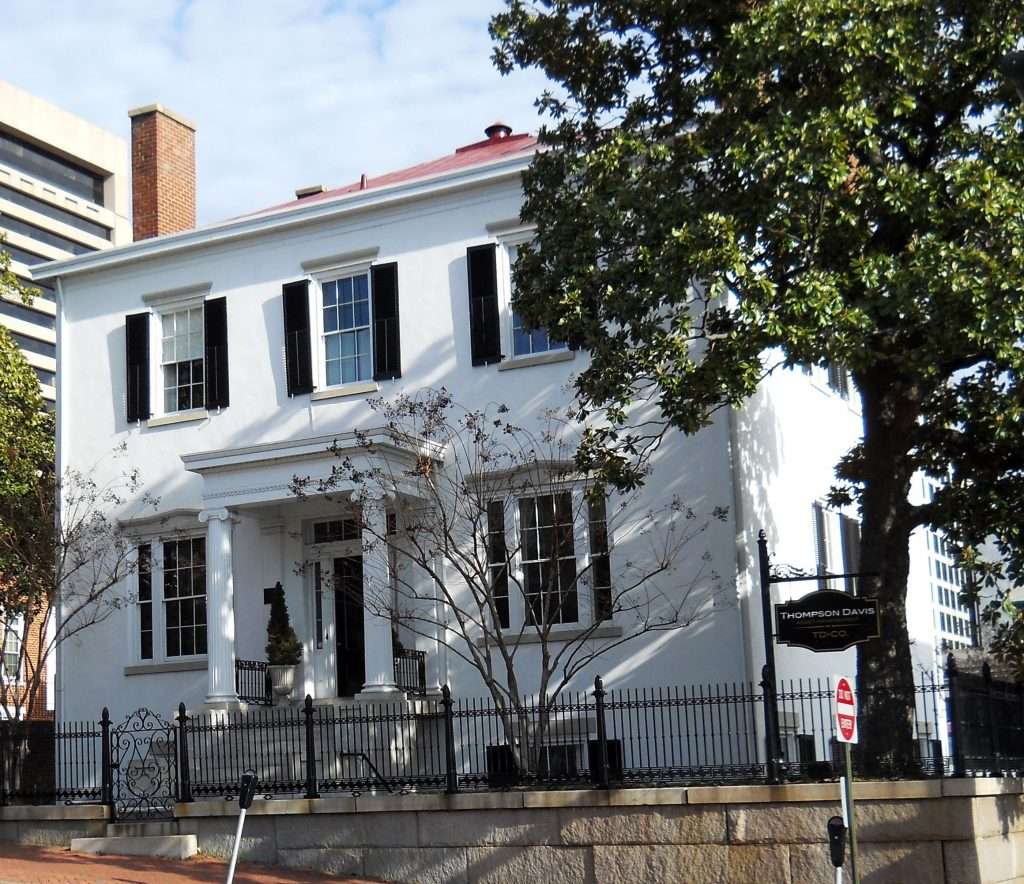 Early in the 1850s Barret enlarged his factories, and in 1860 he produced 590,000 pounds of tobacco. His firm was one of the ten or twelve largest in the city, which then dominated the chewing tobacco industry in the United States. Barret’s best-known brand, called Negro Head, was a rich mixture prepared from carefully chosen strains of tobacco and large quantities of molasses. He marketed it in England and Australia.

Barret was a wealthy bachelor in 1844 when he built a tasteful and elegant house at the corner of Fifth and Cary streets. The most discerning student of Richmond’s residential architecture, Mary Wingfield Scott, stated that Barret’s house marked “the high point of Classic Revival architecture in Richmond.” On December 11, 1845, he married Margaret Elizabeth Williams Palmer, the widow of James Keith Palmer. They had no children. The Barrets were fond of society, literature, music, and travel. Margaret Barret died on May 6, 1852, in Charleston, South Carolina. 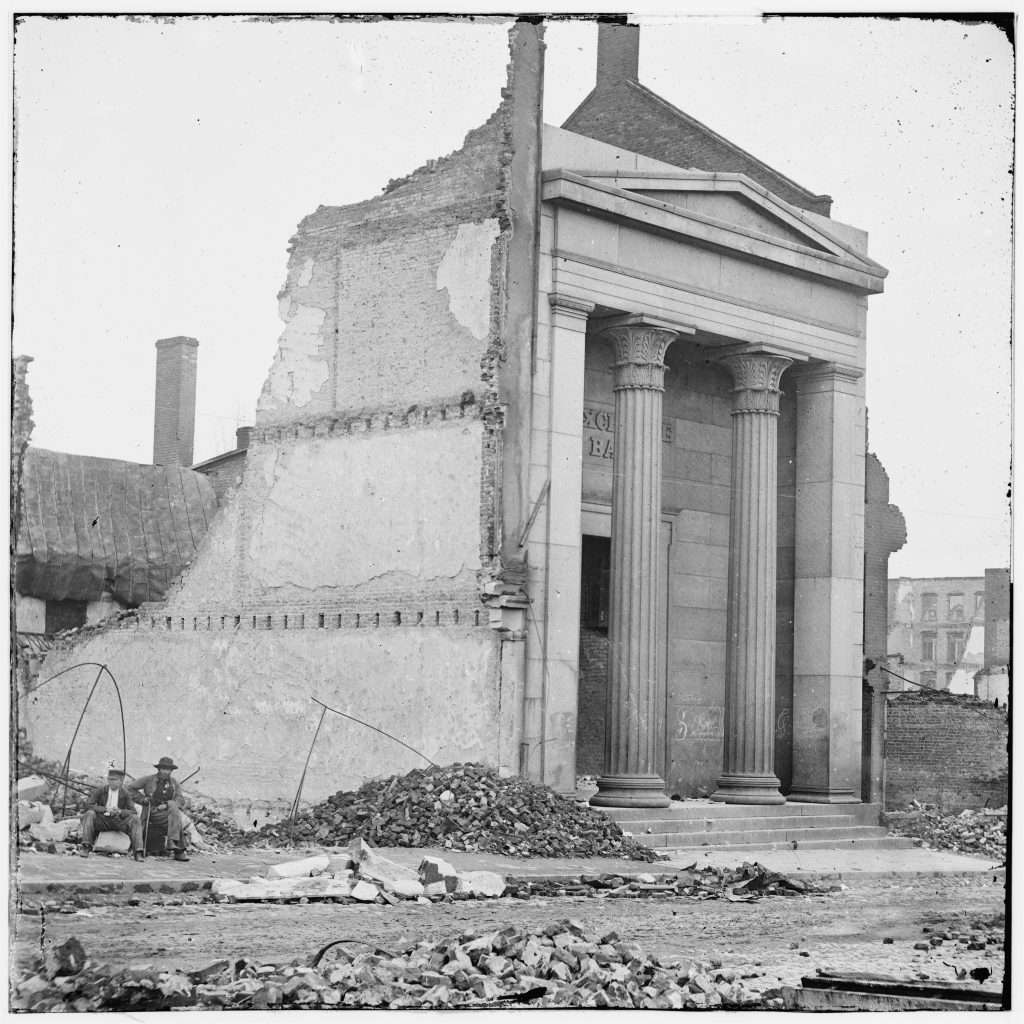 Barret retired about the time the Civil War began. Although never the largest tobacco manufacturer in Richmond, he was one of the wealthiest. He had already invested a large portion of his profits, and he prudently placed the bulk of his wealth in England. His apparent decision to avoid any considerable investment in Confederate bonds enabled him to remain one of the richest men in the city until he died. Barret provided lavishly for his many nieces, nephews, and friends when he composed his last will on April 8, 1869. His estate may have been worth the half-million dollars estimated in a local newspaper. After the business district burned up in April 1865, his surviving Richmond real estate alone was still worth more than $34,000. Even after all his generous bequests were doubled and distributed, enough remained to provide $50,000 for each of three Richmond orphanages: the Richmond Male Orphan Society, the Female Humane Orphan Association, and Saint Paul’s Church Home.

Barret’s life ended tragically. Always fearful of fire following his lucky escape in 1811, he took unusual precautions with his stoves and fireplaces, but after breakfast on January 20, 1871, while lighting his pipe, Barret set fire to the hem of his dressing gown and was almost immediately engulfed in flames. He died a few hours later and was buried beside his wife in Hollywood Cemetery.

RELATED CONTENT
Categories:
Type:
MAP
TIMELINE
November 29, 1786
William Barret is born in Richmond.
1844
William Barret purchases brick factories at Fourteenth and Cary streets and on Main Street between Twenty-Third and Twenty-Fourth streets in Richmond.
1844
William Barret builds a tasteful and elegant house at the corner of Fifth and Cary streets in Richmond.
December 11, 1845
William Barret and Margaret Williams Palmer marry in Richmond.
March 23, 1849
Henry Brown enlists the help of a free black and a white slave owner and is sealed in a wooden box and shipped to Philadelphia.
March 24, 1849
Henry Brown, a slave from Richmond who was shipped the day before in a box to Philadelphia, is delivered to the office of the Pennsylvania Anti-Slavery Society. Having risked death to make the journey, he emerges a free man.
1850
William Barret's Richmond tobacco factories have a workforce of about 100 slaves producing 400,000 pounds of tobacco per year.
May 6, 1852
Margaret Palmer Barret, the wife of William Barret, dies in Charleston, South Carolina.
1860
William Barret's Richmond tobacco factories produce 590,000 pounds of tobacco.
April 8, 1869
William Barret composes his last will.
January 20, 1871
William Barret dies after inadvertently setting himself on fire. He is buried in Hollywood Cemetery in Richmond.
FURTHER READING
CITE THIS ENTRY