Before sending a group to colonize Roanoke and its environs, Raleigh wanted to reconnoiter the region. In 1584 he sent Barlowe, along with Philip Amadas, to explore the region and report back on its potential as a colony. The fleet consisted of two ships (names unknown), Amadas’s flagship and Barlowe’s smaller pinnace, and it left the West of England on April 27, arrived in America on July 2, and explored the area of the present-day Outer Banks for about two months. Then the pinnace returned to England with two Indians, Manteo and Wanchese, who became linguistic informants for Hariot, who learned from them the Algonquian language. The flagship under Amadas’s command explored further up the North American coast before heading to Bermuda and then to the Azores to hunt privateering plunder. 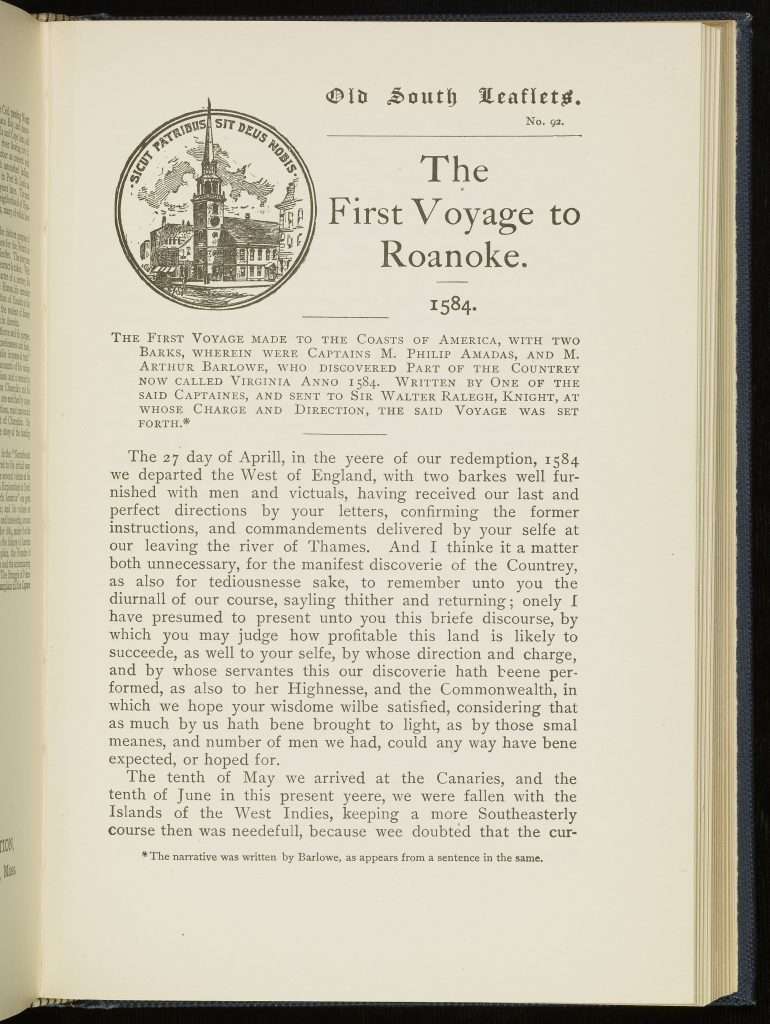 Barlowe’s “First Voyage” report is important for several reasons. Not only is it one of the earliest detailed English commercial reports written from direct observation about any place in North America, but its strikingly optimistic analysis of the region contributed to two major English disasters in Virginia: Raleigh’s failed 1585 colony under Governor Ralph Lane and the infamous Lost Colony of 1587 under Governor John White.

One of the report’s primary strategies was to create a positive image of Virginia in the English mind to support Raleigh’s future colonies. Barlowe accomplished this goal by idealizing the region. For instance, he presents a garden metaphor early in the narrative that colors the rest of the report. Barlowe writes that the English found shoal water near Virginia that “smelled so sweet, and so strong a smell, as if we had been in the midst of some delicate garden abounding with all kinds of odoriferous flowers.” The garden motif draws on one of the most powerful images in the Renaissance imagination, the Garden of Eden, a reference Barlowe highlights later in the report when he writes that “The earth brings forth all things in abundance, as in the first creation, without toil or labor.” Barlowe emphasized this abundance by using the word “abundance” four times in the report. He presents further evidence of the land’s richness and Edenic qualities by pointing out that the natives raised an amazing three crops of corn during the growing season. He claims that English plants could also be cultivated in Virginia as proven by his experiment with English peas which grew fourteen inches within ten days of planting.

Barlowe also idealized the Indians, emphasizing their kindness to the English and their generosity as trading partners. He describes them as a people “most gentle, loving and faithful, voide of all guile and treason, and such as live after the manner of the golden age.” They were also ideal trading partners who would exchange their natural commodities for English finished goods at exorbitant rates. 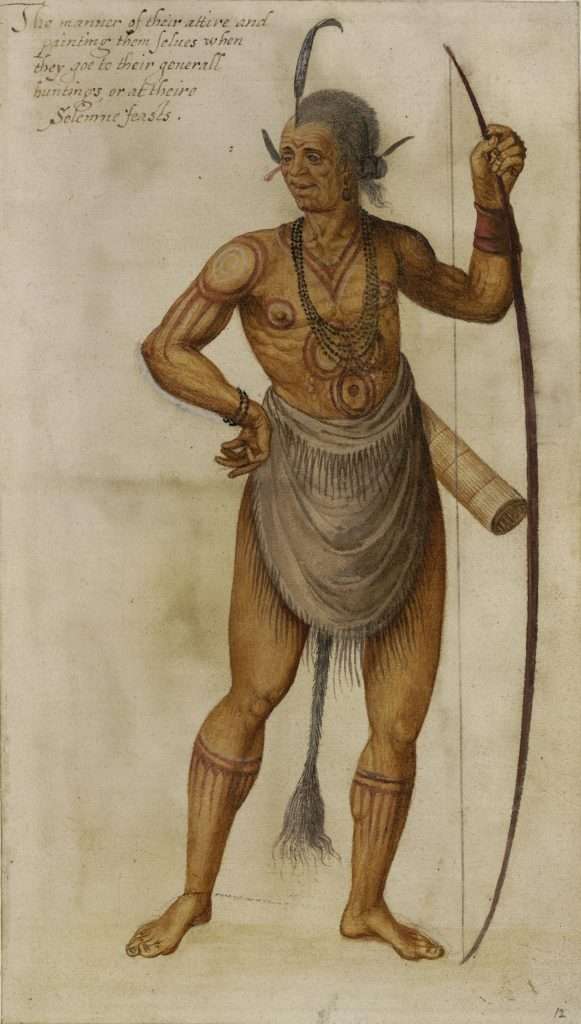 Once the report was written, Raleigh used it to further his colonial ambitions. It was undoubtedly circulated to people in positions of power, including the Parliament, of which Raleigh was a member; the powerful merchant community; the military; and at Court. Queen Elizabeth I knighted Raleigh on January 6, 1585, in part because of the report’s claim that an English colony could easily be settled in Virginia. To encourage his efforts, the Queen provided Raleigh with the services of soldier Ralph Lane to function as governor of the 1585 colony on Roanoke. Barlowe accompanied this voyage, as well, likely as captain of the Dorothy.

As to the report’s weaknesses, Barlowe’s claims about Virginia proved too rosy. The region was abundant with commodities, but these commodities required considerable infrastructure to exploit; and the Virginia Indians were friendly to a small exploratory force from England, but did not find a large colony of permanent invaders appealing. The failures of Raleigh’s two colonies in 1585 and 1587 were in part the result of Barlowe’s extravagant promises.

Documenting the American South: The First Voyage to Roanoke. 1584. …