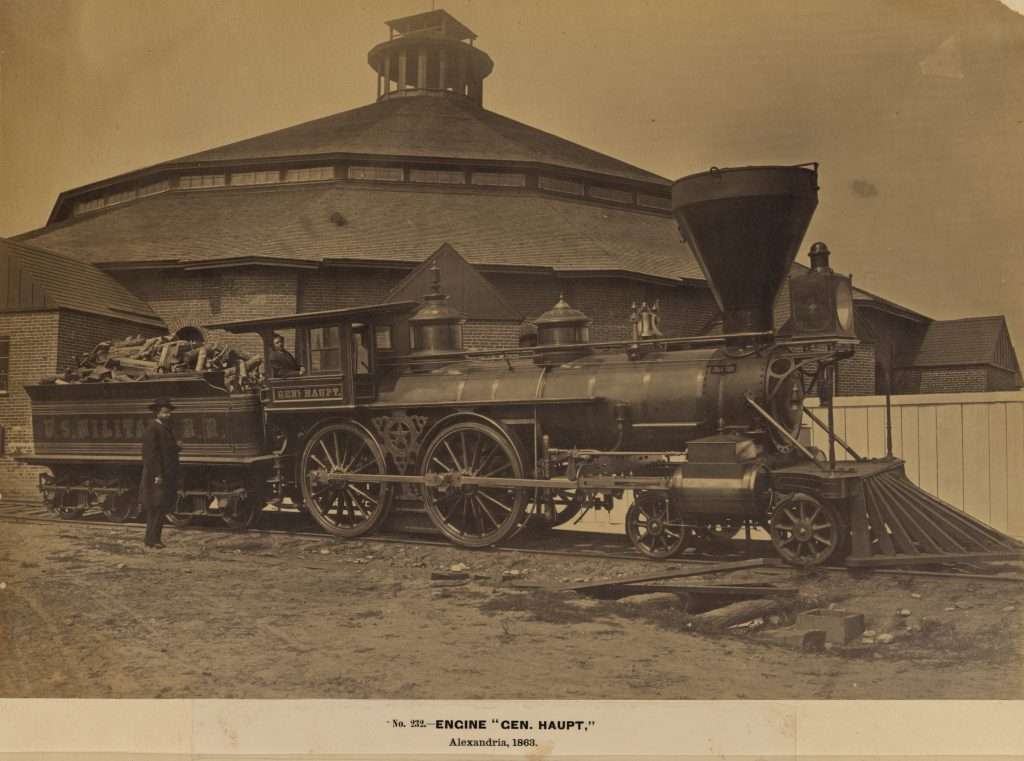 "Gen. Haupt," a wood-burning steam locomotive named after the Union officer credited with revolutionizing military transport during the Civil War, is photographed in front of the roundhouse at the Alexandria station. Haupt skillfully oversaw the maintenance, construction, and rebuilding of Union railroad lines during his service in the war. The well-dressed man standing next to the train is John Henry Devereux, the superintendent of military railroads in Virginia.