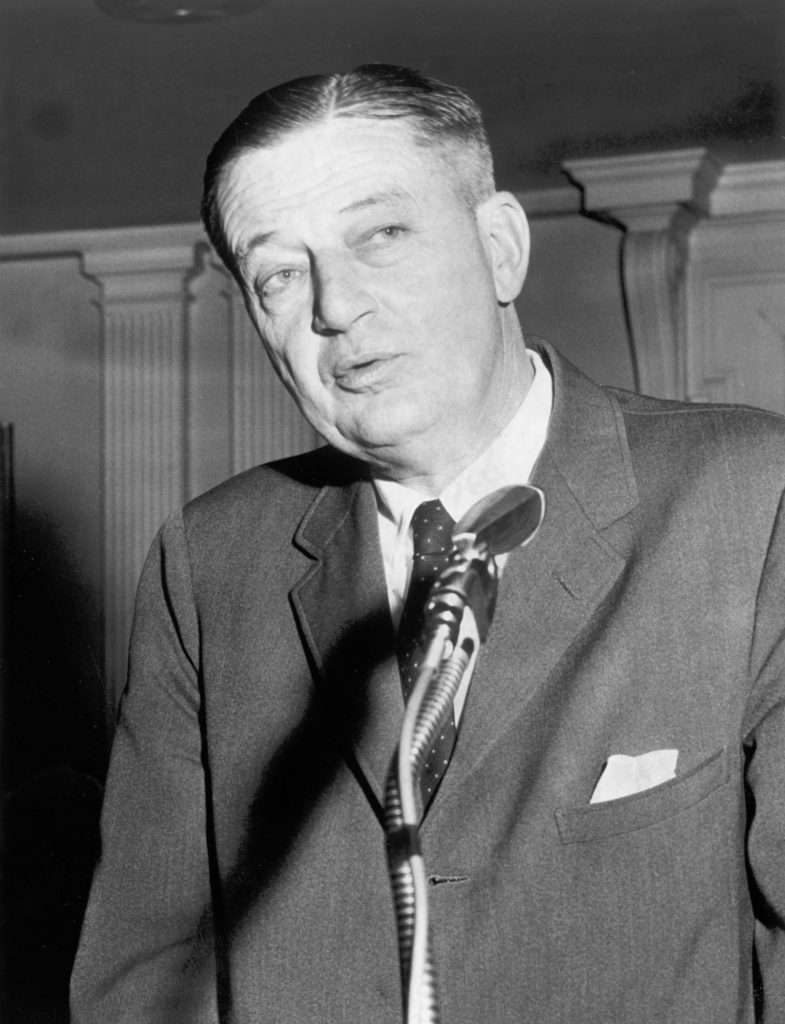 Leon S. Dure speaks at a public hearing held by the Perrow Commission on March 6, 1959, in the House of Delegates Hall at the State Capitol in Richmond. The Perrow Commission was established by Governor J. Lindsay Almond to formulate limited desegregation plans to replace the newly abandoned policy of Massive Resistance, which had closed public schools in Virginia to prevent federally mandated integration. The commission placed Dure, who espoused a freedom of choice of association policy, at the head of its list of speakers and allotted him the longest period of time to express his views.