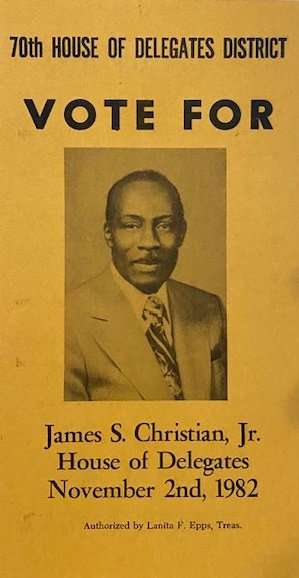 A political poster supports James S. Christian Jr., the incumbent Democratic candidate running to represent Virginia's 70th District in the House of Delegates in an election on November 2, 1982. This was a special election held because of a new court-ordered redistricting plan. Christian won election but died on December 29, 1982, a few weeks before the start of the 1983 legislative session. A special election was then held to replace him on Jan 11, 1983.