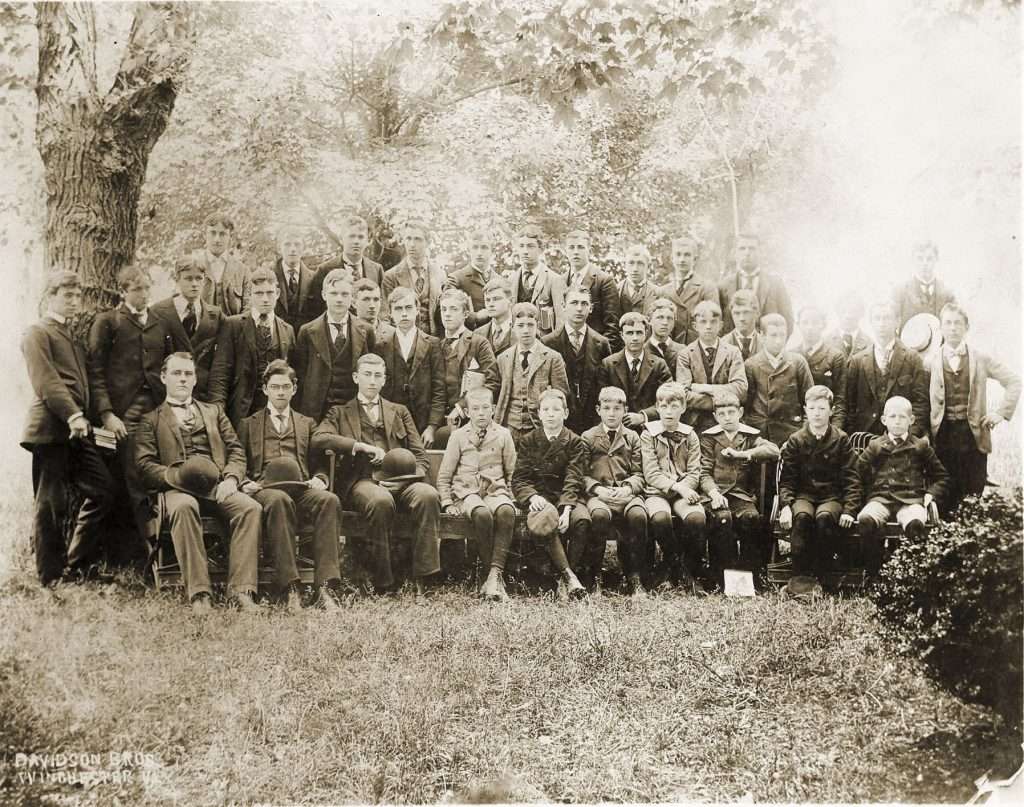 This 1895 group photograph depicts the student body and the instructors at Shenandoah Valley Academy, in Winchester. C. Vernon Eddy, a student at the school, stands in the back row, sixth from the left, holding what appears to be a book. Eddy later became the first librarian of Winchester's Handley Library.