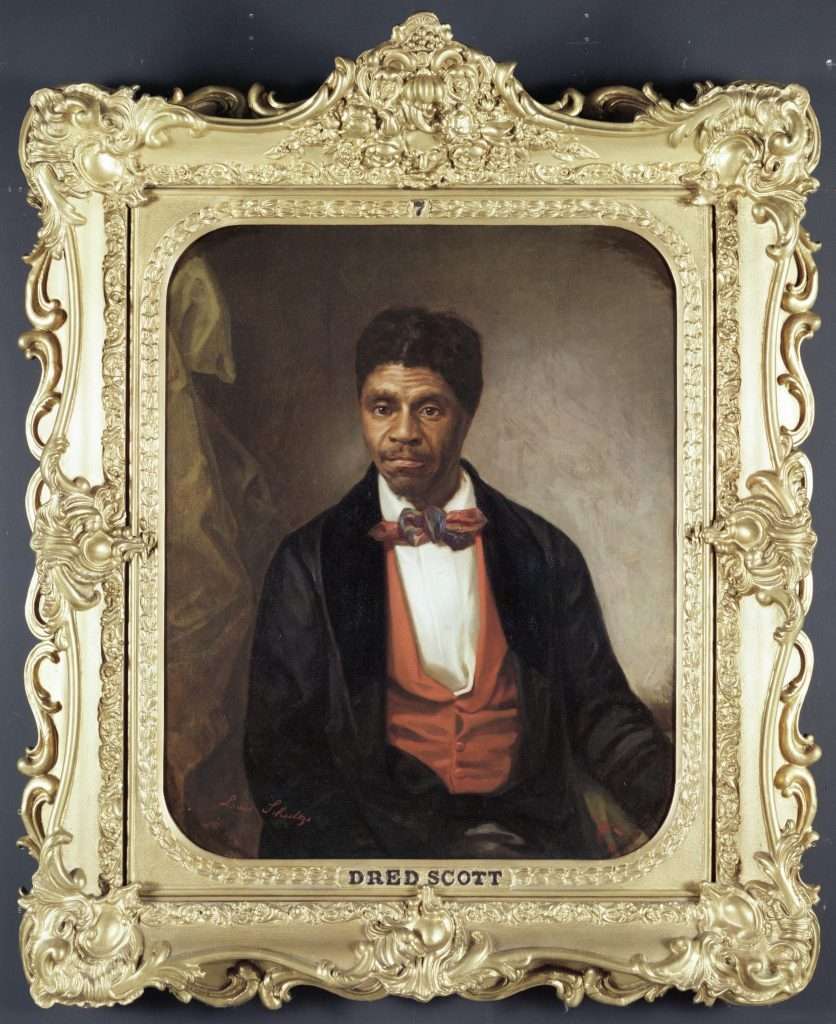 This life-sized portrait of Dred Scott, by the artist Louis Schultze, is one of a series of paintings commissioned in the 1880s by the Missouri Historical Society (later the Missouri History Museum) that depict notable Saint Louisans. The ornate frame includes the name Dred Scott at the bottom and the number seven at the top, perhaps indicating that it was the seventh commissioned portrait. Schultze based his image on a daguerreotype of Scott, made from life about 1857, by J. H. Fitzgibbon, of Saint Louis.

Scott was the plaintiff in the landmark Supreme Court ruling Dred Scott v. Sandford (1857), which declared that descendants of slaves imported into the United States—whether they were enslaved or free—could never be American citizens.